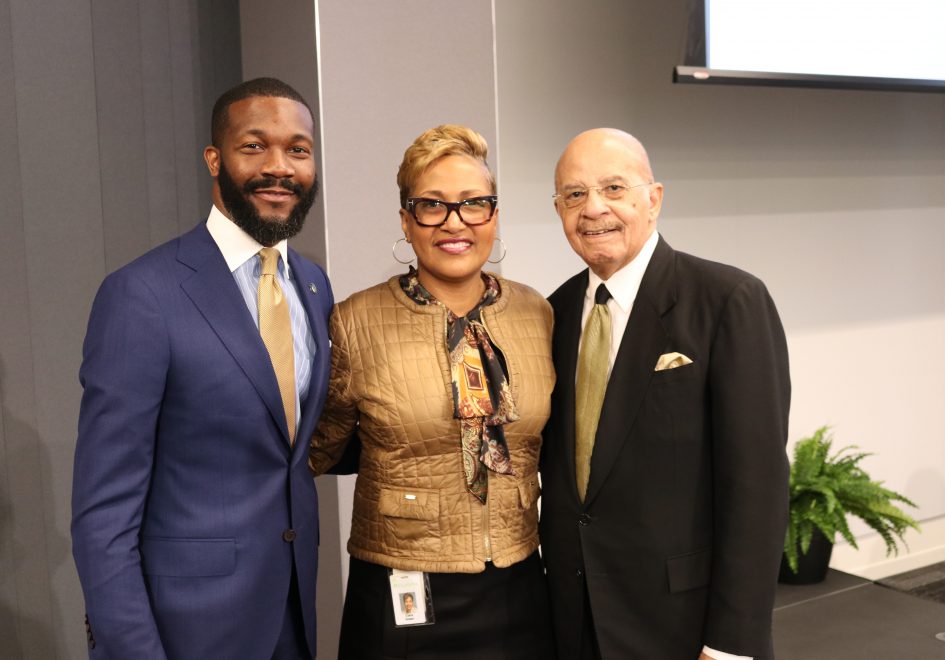 Birmingham Mayor Randall Woodfin, left, joined Clara Green, head of Diversity and Inclusion at Regions, and former mayor Richard Arrington, right, for a candid discussion about Birmingham’s past and prospects for the city’s future.

Randall Woodfin didn’t plan on anything else.

They were born in different eras. They took different paths. Yet each found himself occupying the top elected office in Birmingham, Alabama, a city at the heart of America’s Civil Rights Movement.

Arrington served as the first black mayor of Birmingham, a monumental achievement in a city where, just over a decade earlier, African Americans were subjected to violent and deadly attempts to suppress the elusive goal of equality.

Woodfin was elected in 2017 and, at age 36, became the city’s youngest mayor in more than 100 years. A Millennial whose vision is built around ideals of hope and inclusivity, Woodfin surprised many who doubted whether someone so young was ready to be elected to such an important office.

During Black History Month, both Woodfin and Arrington joined Clara Green, head of Diversity and Inclusion at Regions Bank, for a candid discussion about the past, the present and the path forward. The conversation was the latest in a series of forums where Regions associates can hear directly from various leaders about the importance of consistently building and celebrating a diverse and inclusive culture.

“I grew up at a time when there were no blacks involved in politics – no black elected officials,” Arrington recalled. “There were no such role models when I was growing up, so I never thought about being in politics.”

The fifth-generation descendant of slaves who labored on a Sumter County plantation in West Alabama, Arrington was born on a piece of land that had been part of that same plantation. His own parents were sharecroppers.

The prospect of better employment in the steel mills drew Arrington’s family to Birmingham when he was 5 years old. The move also put a quality education in closer reach. Arrington graduated high school in Fairfield and enrolled at Miles College in the same community.

There, he discovered an aptitude for science. Master’s and doctorate degrees in biochemistry and biology followed. Over the years, he studied, conducted research and completed a fellowship at schools ranging from the University of Iowa to Harvard. In 1970, he returned to Birmingham to lead the Alabama Center for Higher Education, a consortium of historically black colleges and universities.

In the preceding years, Birmingham had been thrust into the national spotlight as firehoses were turned on African Americans peacefully seeking equality. Four little girls had been killed in the Sunday morning bombing of the 16th Street Baptist Church. Dr. Martin Luther King Jr., who spent considerable time in Birmingham advancing the cause of civil rights, was assassinated in Memphis. The South had been the epicenter of the Civil Rights struggle.

Then, in 1971, a group of Miles College students showed up outside Dr. Arrington’s office door.

He told them to come back the next day to discuss it further, hoping they wouldn’t return.

“I was too ashamed to say no, so I said yes, I would run,” Arrington said.

Elected to City Council that year, Arrington served two terms before a group of ministers persuaded him to run for mayor in 1979. A local newspaper predicted Birmingham, indeed, would have an African-American mayor – but not for another decade or so.

Arrington served as mayor for 20 years, building alliances with leaders in education, business, healthcare and other sectors to address a variety of challenges.

By 2017, 18 years after Arrington left office, Birmingham was once again ready to elect another candidate unlike any the city had seen before.

“As a student of politics and political science, I believe you have windows to run,” Woodfin added. “And I believe if you don’t take advantage of that window, it will close.”

While serving as mayor of his hometown was always Woodfin’s goal, there were important achievements along the way. He was an attorney. He worked on political campaigns in Alabama and beyond. He crafted a vision for how an elected leader could shape a city in the modern era.

Youth did not deter him. Neither, he pointed out, did it deter leaders of the Civil Rights Movement in Birmingham in the 1960s.

“Rev. Fred Shuttlesworth was the oldest person leading the movement; everyone else was in their 20s and 30s,” Woodfin said. “And so anytime there’s been change in Birmingham, it’s never been because people waited their turn – whether it’s on the activist end or the elected leadership end. It’s always been young people.”

“We created the most diverse labor force.”

When Arrington entered office, the steel mills, long the economic engine fueling Birmingham, were decreasing production. White flight was lowering the city’s population. Arrington began diversifying the city’s economy and expanding the city limits to preserve its tax base.

At City Hall, where only 12 percent of employees were black, and most of them were relegated to tasks such as cleaning the building or sweeping the streets, Arrington began fostering a more inclusive workforce, including appointing African Americans to lead several departments.

“There was a time in Birmingham when you wouldn’t hear of a black supervising whites in this city,” he said. “We changed all of that. But we were only able to do it because the black community was so united and feeling its political strength for the first time. We created the most diverse labor force by gender and race in the state of Alabama.” Downtown Birmingham as seen from Railroad Park. Over the last several years, the city has seen massive new investments – and an influx of residents and businesses – in several areas that previously served industrial purposes.

Woodfin said he wants to be as intentional as Arrington in terms of further diversifying the city’s economy and creating an environment where more people – from all backgrounds – can succeed. Not only should the city build on its strengths in terms of serving as a healthcare, research and education hub, Woodfin said Birmingham should also become a place where more diverse entrepreneurs find a welcoming climate to launch and grow small businesses.

“I have no interest in the city of Birmingham being the next Chattanooga or Austin or Nashville or Atlanta,” he said. “We just need to be the best version of ourselves.”

Saying three key sectors must work together – like the legs on a stool – to support Birmingham’s prosperity, Woodfin called on the government, the private sector and the philanthropic sector to unite around common goals of inclusive growth.

“All three of those legs are going to have to elevate at the same pace to not only help people be attracted to our city – but to also make sure the folk that are here can also win,” he said.

“There is still promise here.”

Arrington, now 84 and still an academic by nature, devotes time to studying opportunities and challenges facing cities that, over time, have elected black mayors and have black majorities on their city councils and in their overall populations.

Some are more prosperous than others. In several places, the struggle for equality continues in terms of people being able to receive a quality education, having access to growth opportunities, and more.

Still, Arrington draws inspiration looking at Woodfin – and remembering his own background growing up in the segregated South. African Americans, he pointed out, have a distinctly unique and painful history – but also one that fosters hope.

“We are the only Americans who have been slaves in America. So our story is different,” Arrington said. “And what we’ve been able to accomplish in America points out the fact that even despite the pain of the journey, there is still promise here.”

The key to a city – and individuals – reaching their potential, Woodfin said, is to not let fear overshadow what’s possible.

“Fear is an imposter,” Woodfin said. “You can’t be afraid to fail. Fear is on a thin line, but hope is on the other side of it. So I’m a very hopeful person. I believe things can always be better.”

Birmingham’s history, he added, makes the city and its people uniquely qualified to bring about positive change.

“In 2019, if there is a form of injustice anywhere, we should continue to be that poster child to fight against it and be on the front lines and not be risk-averse if we know that injustice exists,” Woodfin said.

While the discussion with Woodfin and Arrington coincided with Black History Month, Regions’ focus on diversity and inclusion is year-round. Clara Green, the head of Diversity and Inclusion for the bank, said an ongoing dialogue will consistently foster a culture that celebrates the contributions, skills and experiences of people from all walks of life.

“We are using the conversations this year to help educate each other on cultural histories, recognizing the role history plays in shaping who we are,” she said. “This is all part of our inclusion journey.” 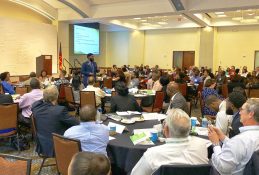 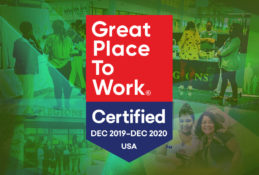 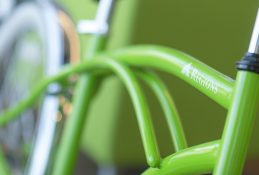 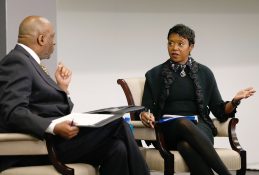 A Q&A With Mellody Hobson