The final regular season AP Top 25 presented by Regions Bank ended the way it began – with Alabama back on top.

Preseason No. 1 Alabama shocked Georgia 41-24 Saturday in the SEC Championship Game, snapping the Bulldogs’ 16-game winning streak in record-setting fashion. The win was the 10th all-time against an AP No. 1 for the Crimson Tide, another college football record.

Alabama wasn’t a unanimous choice. Michigan remained No. 2 and siphoned off votes at the top after winning the Big Ten in convincing fashion. Georgia slipped to third and Cincinnati was ranked fourth – the same order as the College Football Playoff selection committee.

Thank you for following the AP Top 25 presented by Regions Bank this season on Doing More Today. 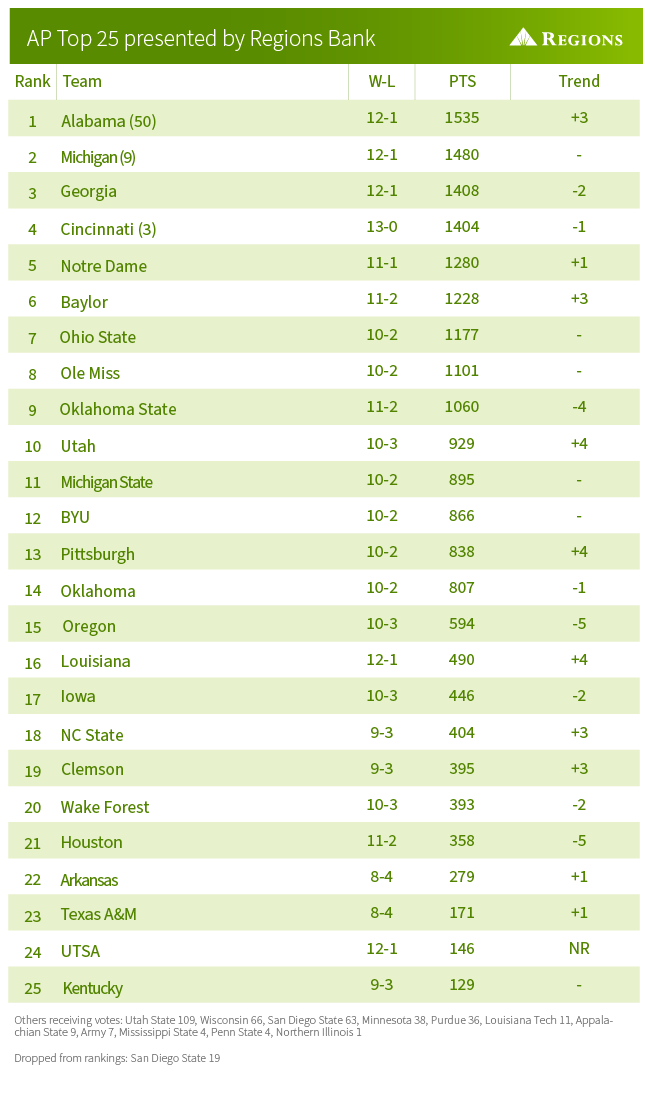 Just one team moved back into the Top 25 after championship weekend: UTSA is No. 24 after winning Conference USA.

San Diego State fell out of the ranking after it lost the Mountain West Conference championship game to Utah State.