For nearly 30 years, the Bruno Event Team (BET) made a living by bringing athletic events to its hometown of Birmingham, Alabama – and beyond. Events like the Regions Tradition and SEC Baseball Tournament, the Honda Indy Grand Prix and managing major college football game-day experiences.

Then the world shut down in March 2020 due to the pandemic. Bruno Event Team CEO Gene Hallman was facing the very real prospect of substantial employee furloughs or layoffs.

How can you do business when there are no events to attend?

So, Hallman and BET leaned into the past for survival.

“We took out strength in logistics and did a pivot to working with the state for CV-19 testing and vaccination projects,” Hallman said. The pivot led to a program overseeing the COVID testing and return of college students to campuses and advertising campaigns encouraging Alabamians to get the COVID vaccine. And, once the shots were readily available, to distributing vaccines where they could find the largest concentration of people on any given Saturday – on campuses for all college football programs in the State of Alabama.

Having survived the near-apocalypse this Good Company is now taking on its biggest adventure yet – helping bring thousands of athletes, visitors and dignitaries from across the globe to Birmingham for The World Games 2022.

And creating an international experience the likes the city has never seen before.

It’s all hands on deck. Bruno Event Team has 70 full-time employees in seven offices across the U.S. (as well as an office in Bermuda, where the team helps run the Butterfield Bermuda Championship at Point Royal Golf course). Most of those employees are engaged in The World Games in some capacity.

“The pandemic taught us that there’s no substitute for attending live sporting events,” Hallman said. “You can’t replicate that experience sitting on your couch. People are anxious to get out and be part of something big.”

Did we mention: This is big. 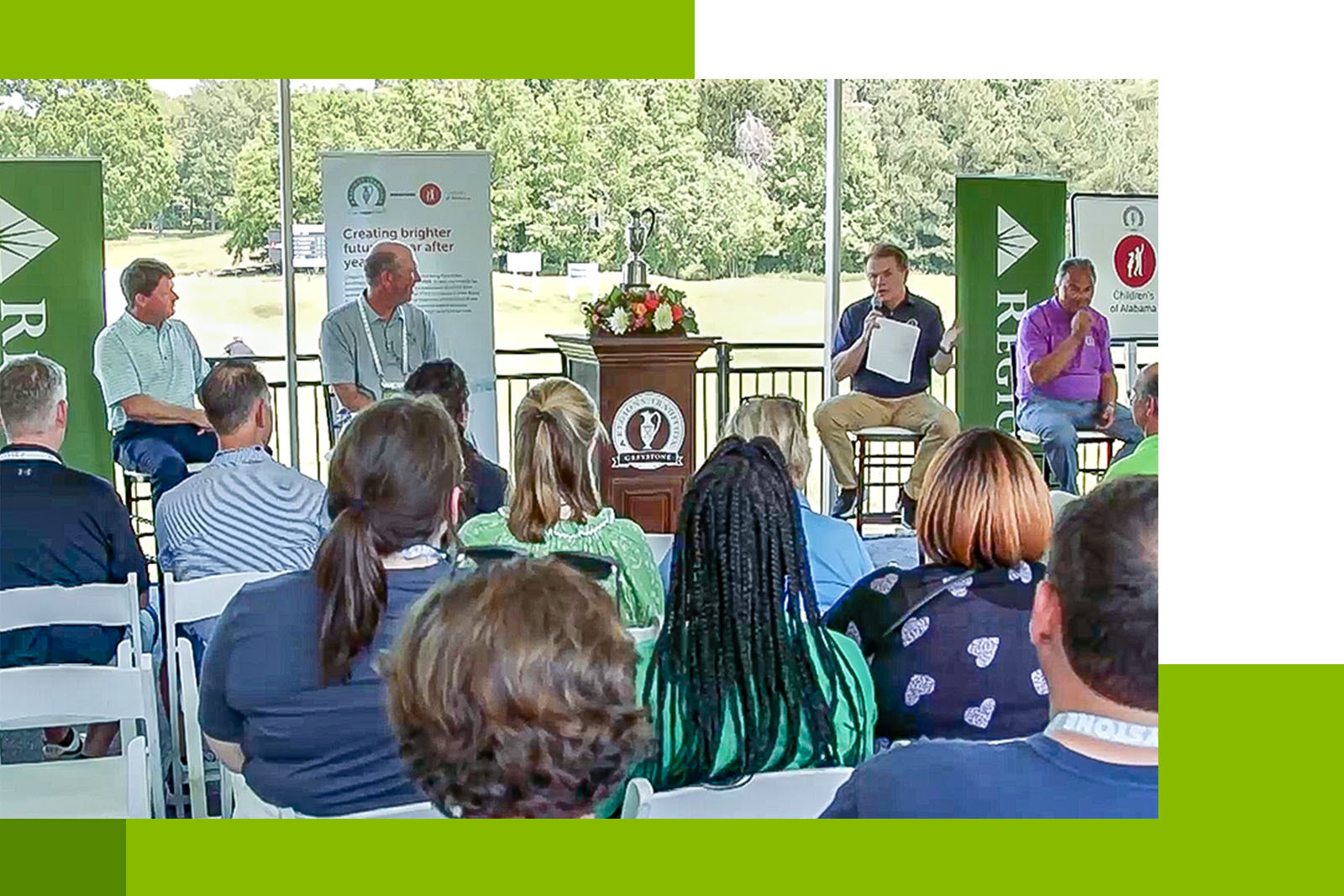 Bruno Event Team has experience in international events, most notably managing early round and quarterfinal  soccer matches for the 1996 Atlanta Summer Olympics. The overwhelming success of Birmingham Olympic Soccer at Legion Field, led to World Cup qualifiers and, for tennis fans, Davis Cups, over the decades that followed.

Nick Sellers, CEO of The World Games 2022, first met Hallman after the ‘96 games, approaching him for a job with the BET.

“I saw this young, energetic guy running the (Tradition) golf tournament,” said Sellers, who was the last starting quarterback at the University of the Pacific before the school shut down its football program. “I saw how he was creating economic development.”

A quarter of a century later, Sellers is teaming with Hallman and the BET for oversee marketing, sponsorships and ticket sales and operations, counting on the expertise that’s been a Birmingham staple for so long.

“We’ve got a great team here,” Sellers said. “But Bruno Event Team, with the best managers across the country, can deliver the marketing message that brought 140 sponsors to the table.”

Hallman came to Birmingham in 1992, ostensibly for a short-term deal to run what was originally the Bruno’s Memorial Golf Tournament, a new event on the PGA TOUR Champions schedule. But after the success of the first offering, tournament founder Ronnie Bruno approached him about staying around awhile.

“Ronnie said, ‘Let’s do a sports marketing business,’” Hallman recalled. We didn’t have a strategic, long-term plan. But we found a path that allowed us to manage a wide variety of sporting events across the country and internationally.” 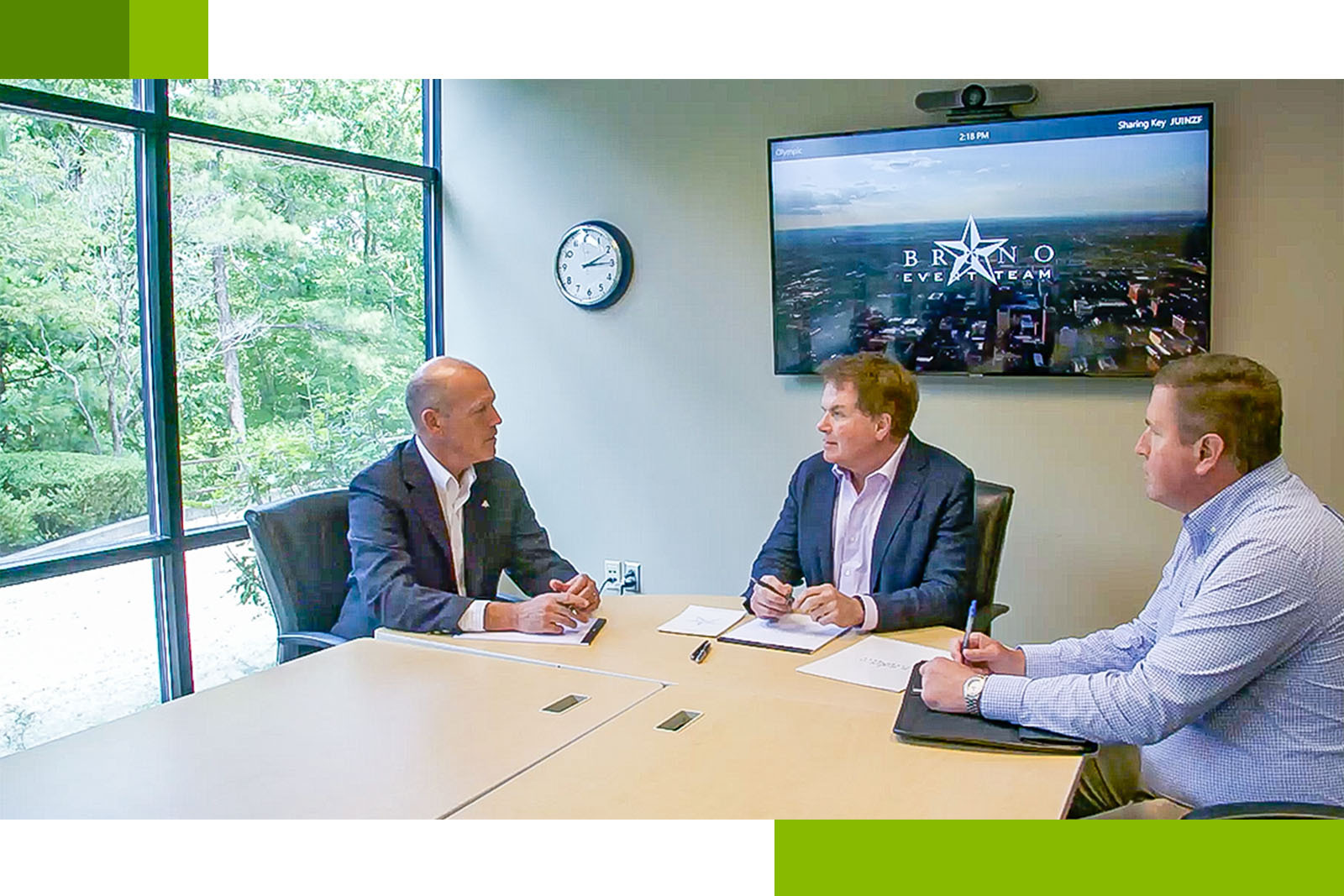 The most recent success for Bruno Event Team: providing marketing and gameday direction for the USFL, the spring football league that just concluded its inaugural season. The USFL’s entire operation was based in Birmingham, drawing a television audience of 1.2 million for its championship game. All games except for the playoff game were played either at Protective Stadium or Legion Field (with the postseason moved to Canton, Ohio, due to the arrival of The World Games).

Regions’ Billy Forbes has seen Bruno Event Team grow into a sports marketing behemoth, and he’s been there nearly every step of the way.

“Bruno Event Team is a good company because of the impact they have on the city of Birmingham – and not just from a financial standpoint. It just makes life fun to go to an event they’re putting together,” Forbes said. “Look around Birmingham. Anything fun to do, Bruno Event Team has had a hand in it.”

Hallman said BET started out with Regions and stayed because relationships matter.

“I can call Billy about anything,” Hallman said. “Billy has gotten to know my accountant, my legal firm. He gets things done, and it’s very seamless. Billy is like our quarterback. He brings in the experts.

“We work with various banks across the country. Regions is the best, bar none.”

For two weeks, Bruno Event Team will help the city put on its best face for The World Games. That means working with UAB to help communicate with the international community, to providing a memorable experience at the athlete villages, to working with the city to move fans in and out across the metro area’s 14 separate venues.

“It’s the biggest event we’ve been involved with,” Hallman said. “While this is much bigger on a scale standpoint, the business fundamentals remain the same. With a full array of venues, communication is so important because we aren’t in one place all the time.”

The Bruno Event Team will count on its experience and knowledge. But this Good Company’s culture will play a vital role in getting to the closing ceremonies.

“Everyone works for each other,” Hallman said. “We’re very teamwork focused.”

Good Company: Betting on the Future

Good Company: All in the Family