After a hiatus in 2020 and a scaled back version in 2021, the Regions Tradition was in full swing for 2022, with a jam-packed lineup of events and exciting golf in the first major of the PGA TOUR Champions season.

If you missed any of action, check out Regions’ coverage from this year’s event: 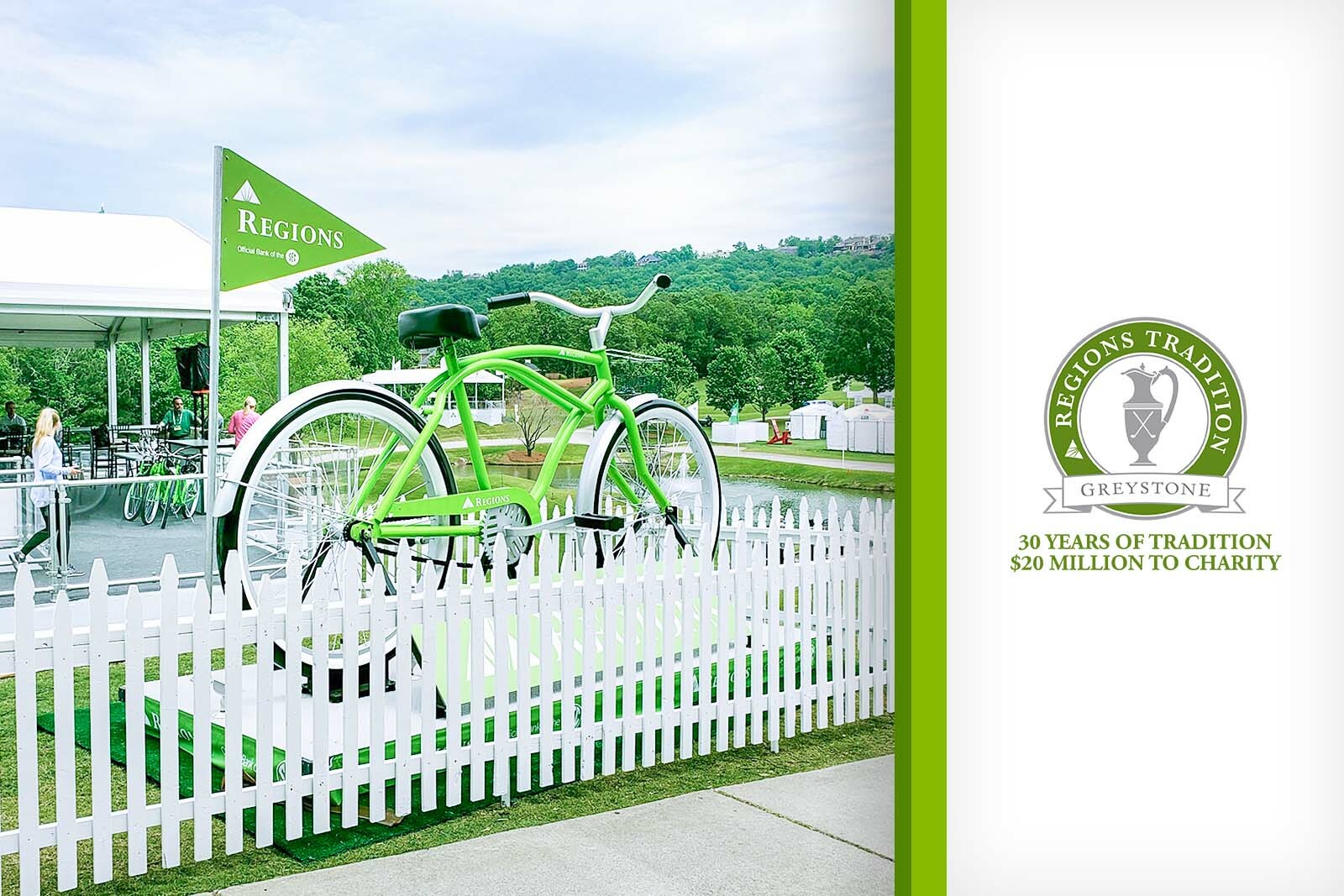 The Regions Tradition returned for its 30th year of play. Throughout its history, the tournament has raised more than $20 million dollars for charity, with the primary beneficiary being Children’s of Alabama. 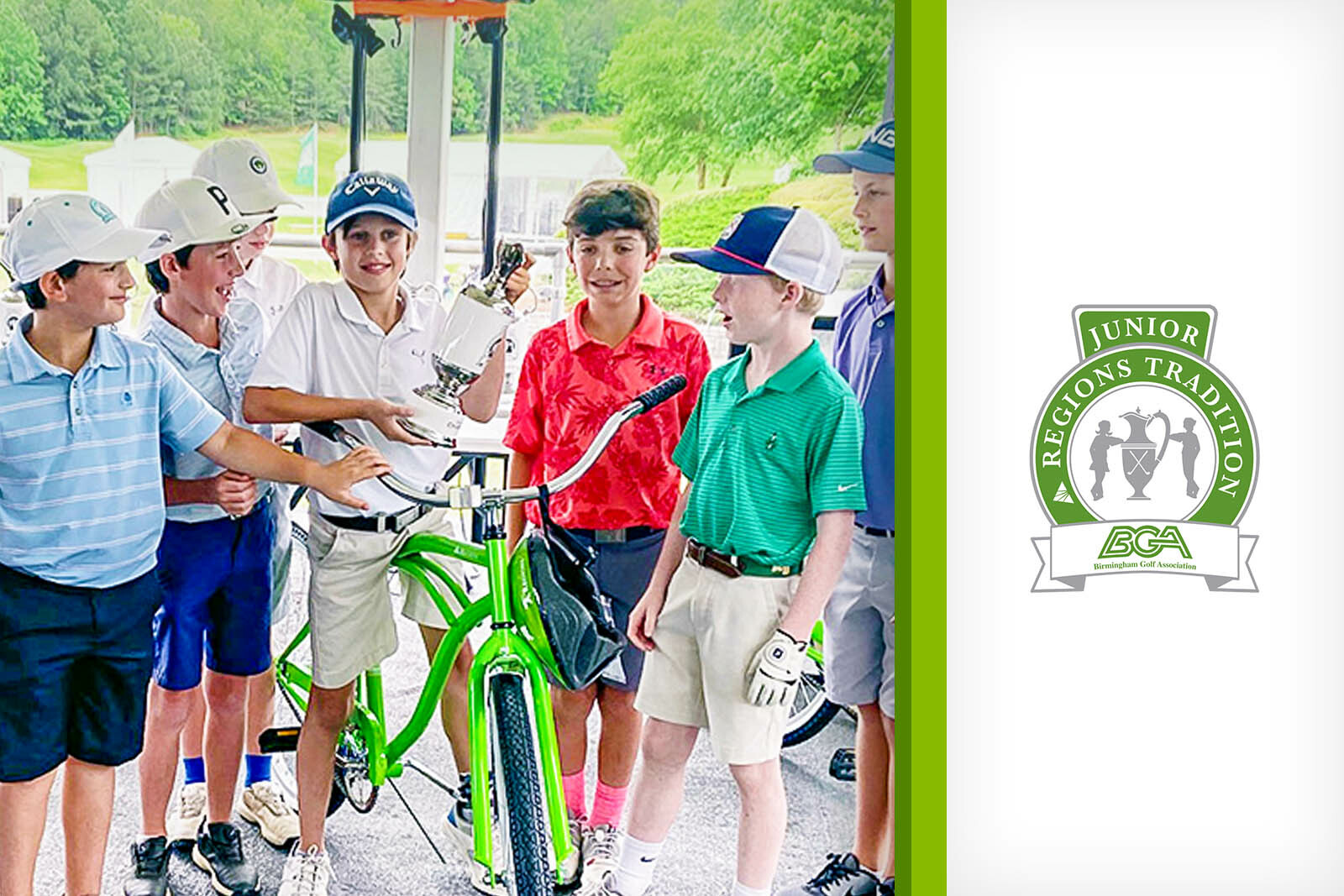 Before the Big Names, the Junior Tradition Takes Center Stage

For the second year, young golfers from the Birmingham area participated in the Junior Regions Tradition, an event sponsored by Alabama Power and the Birmingham Golf Association. 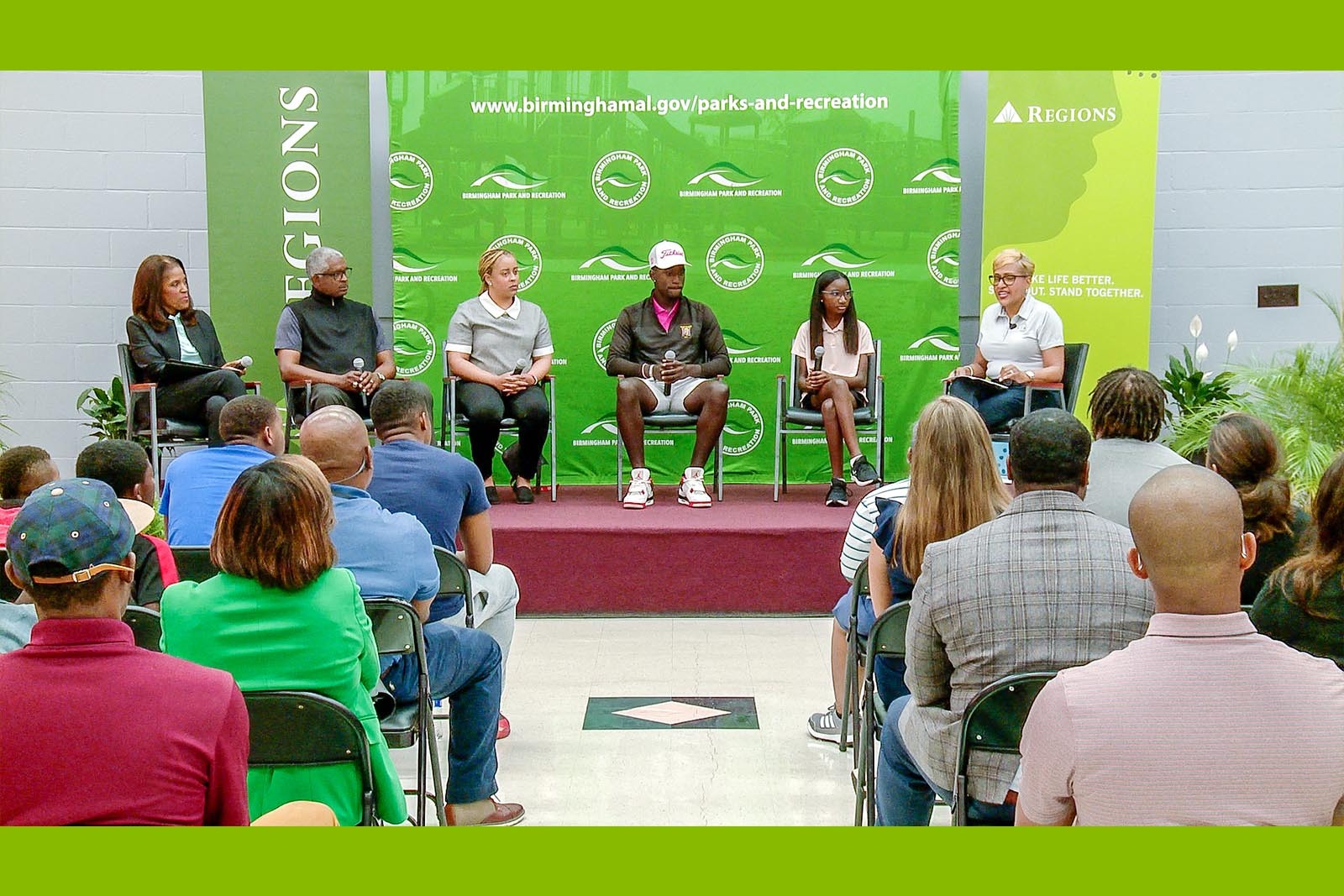 Representatives from Regions Bank, the PGA TOUR, Miles College, civic leaders and students gathered at the Roebuck Hawkins Park and Recreation Center and municipal golf course in Birmingham, Alabama, for a panel discussion exploring golf and diversity, representation and access to the game. 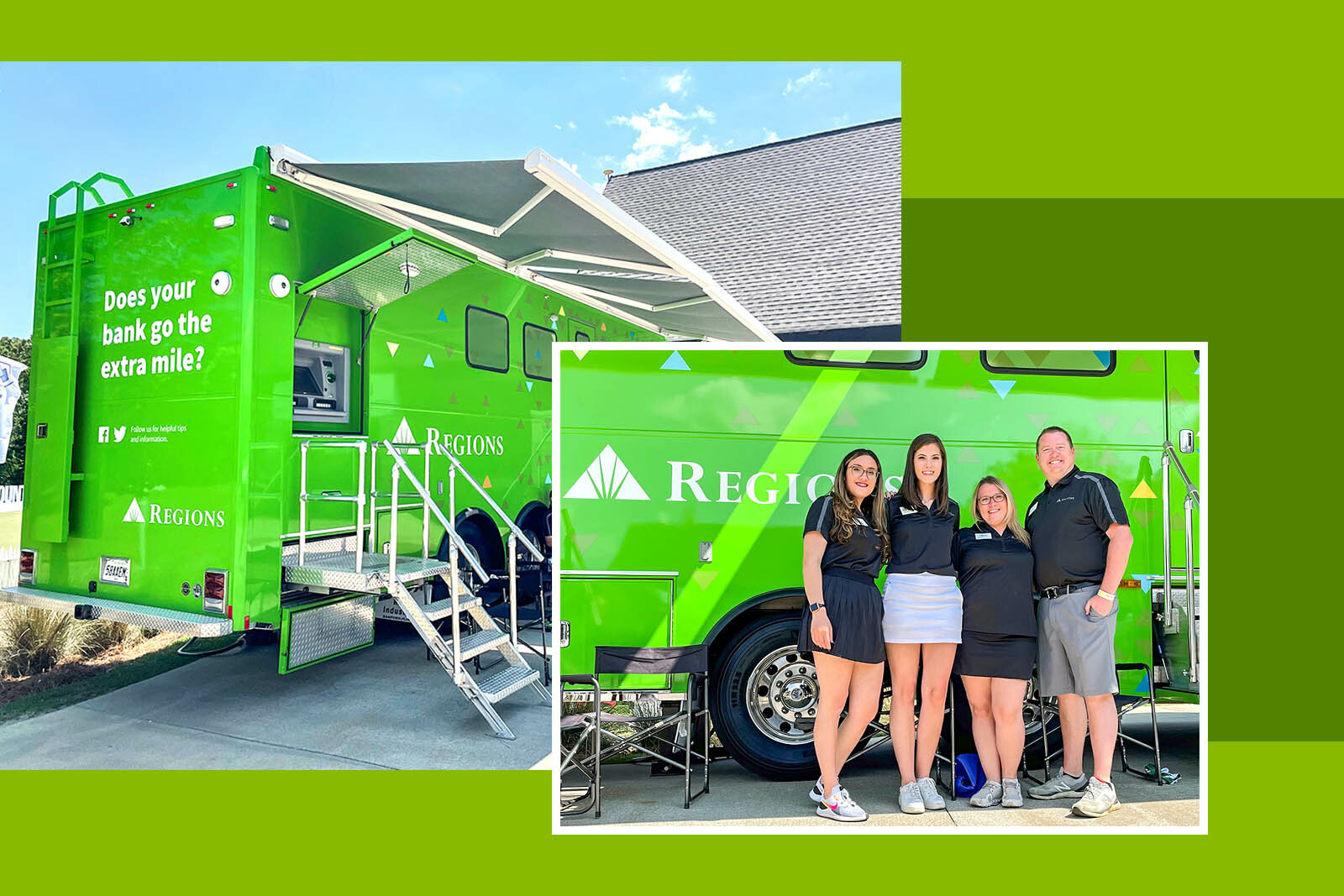 Now at the Regions Tradition: The Portable Branch

The Regions portable branch, a full-service branch on wheels, made its Regions Tradition debut, fully staffed by two teams of four bankers. 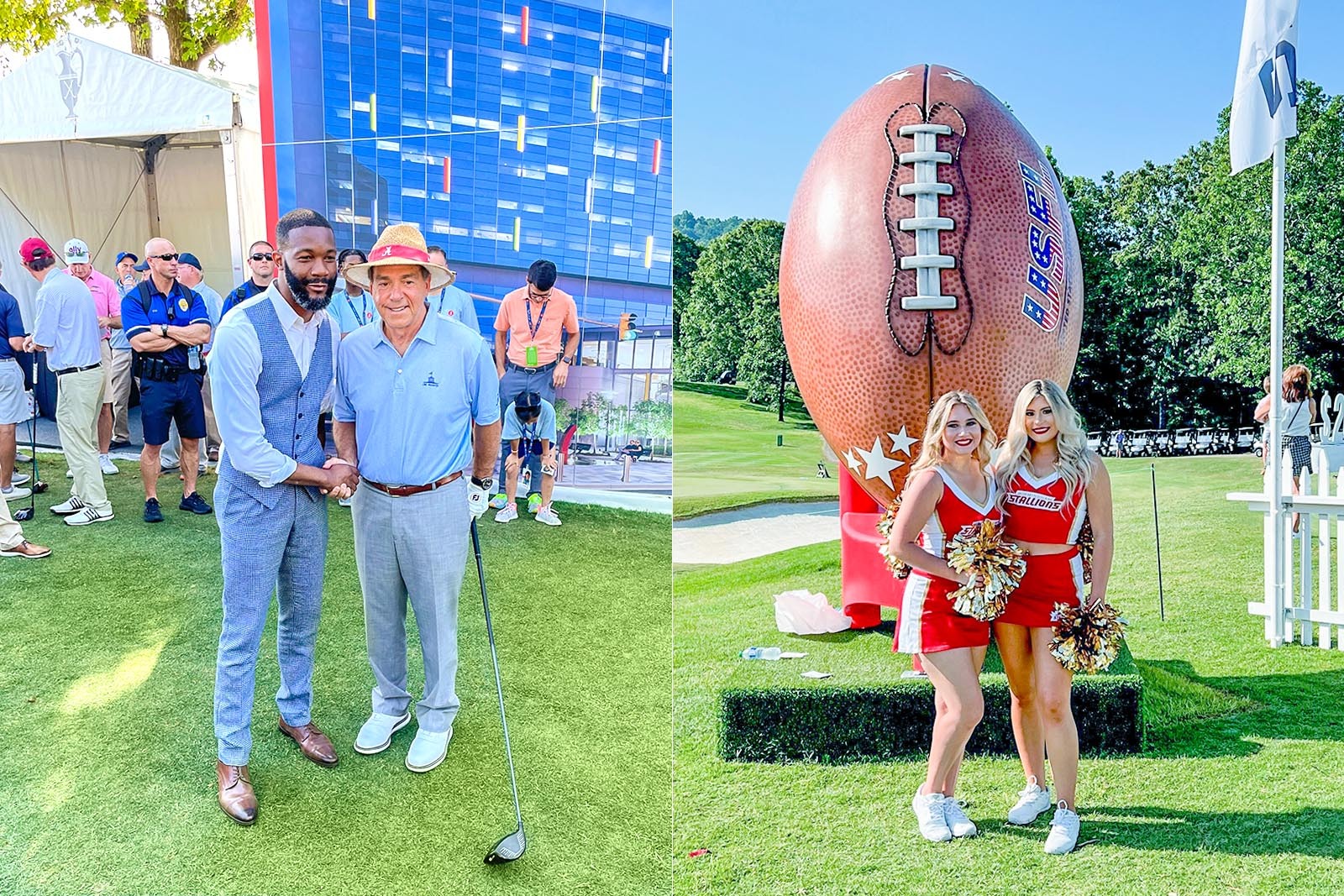 Prior to the beginning of championship play, the PGA Champions took to the course with some marquee names from the world of college football, the NBA and Major League Baseball in the annual Celebrity Pro-Am. 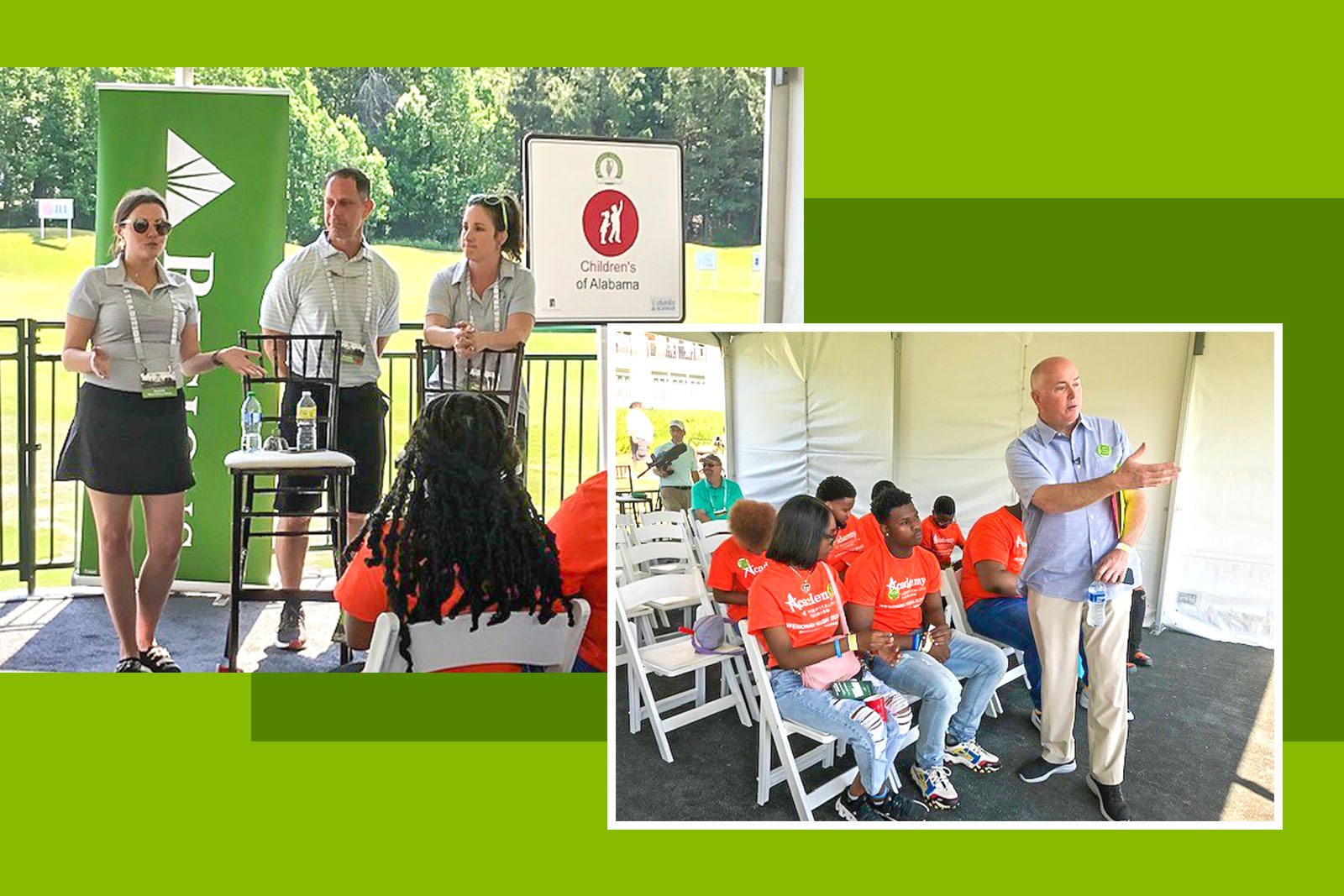 ‘You Were Made to do Amazing Things’

Students from the Hospitality and Tourism Academy at Birmingham’s Wenonah High School had the unique opportunity to attend the tournament and learn from sponsors and organizers about event planning, sport sponsorship and the world of charitable giving. They also got to hear from Eric Smith, financial literacy coach about the ins and outs of money management. 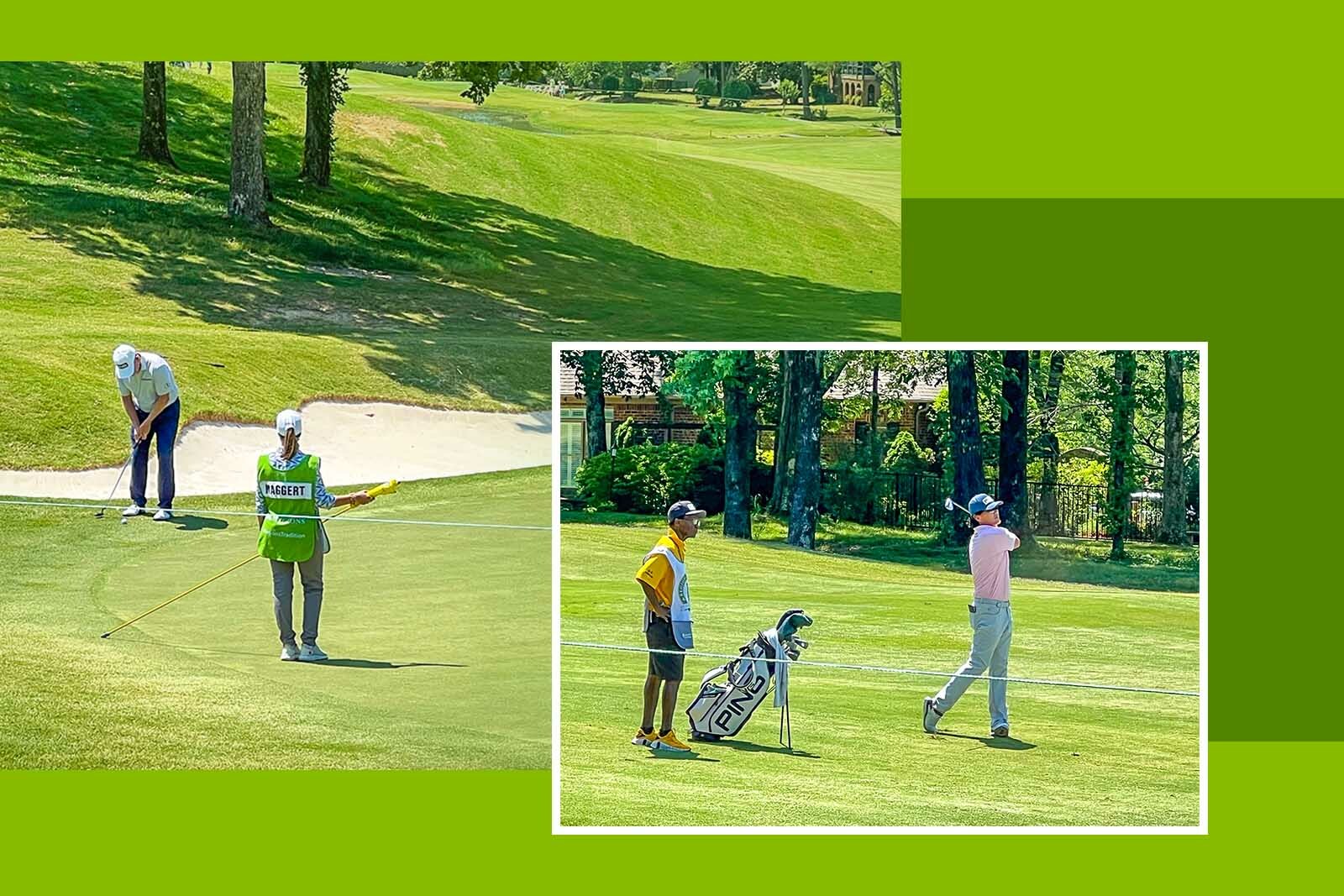 In the opening round of the 2022 Regions Tradition, Steve Stricker birdied all five Par-5s Thursday, setting the pace with a 7-under 65 in the first major of the PGA TOUR Champions season. 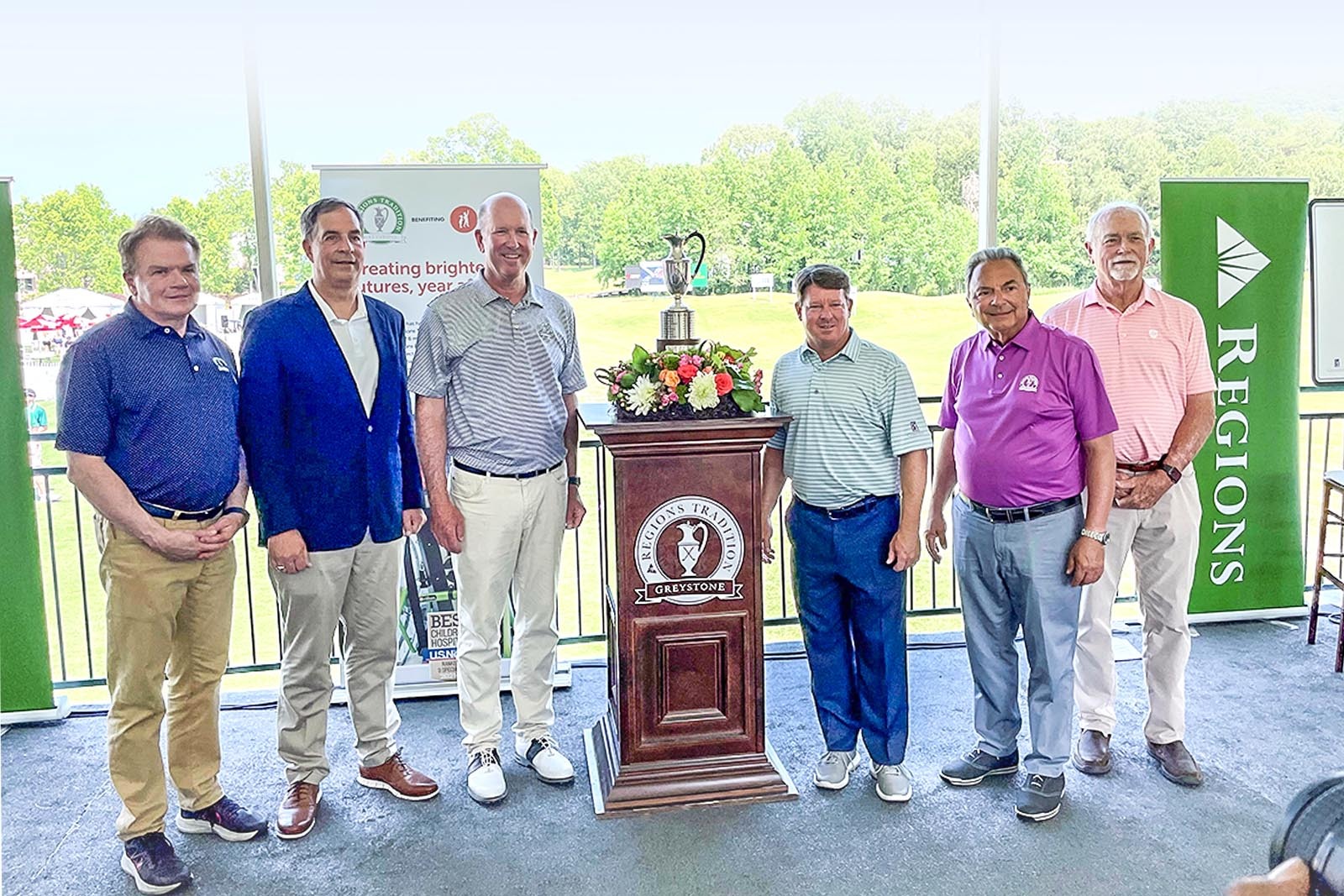 Regions and the PGA TOUR announced an extension to their sponsorship agreement of the Tradition. The Regions Tradition will be played at Greystone Golf and Country Club until at least 2032. 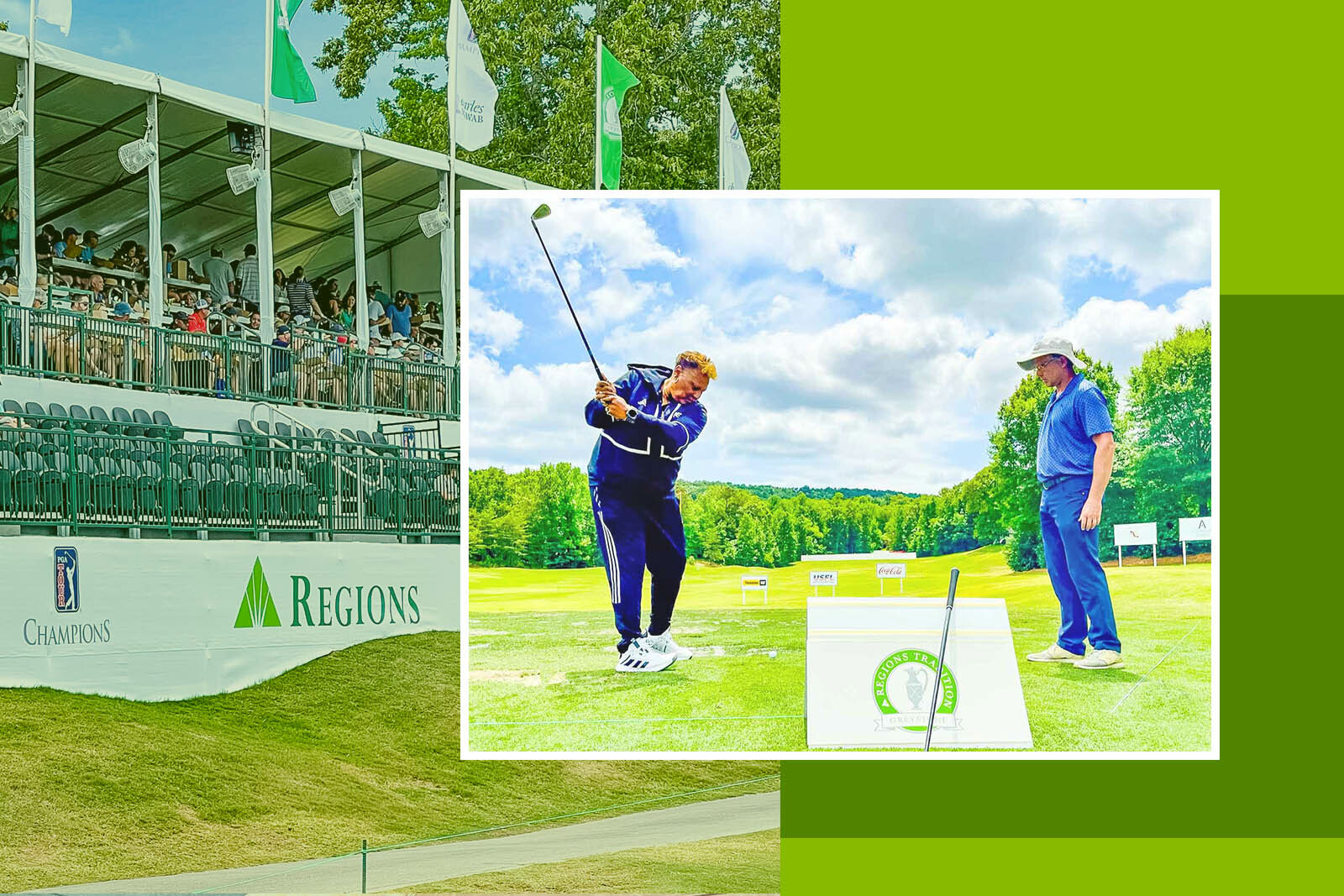 Golf as a Great Equalizer

Regions and SisterGolf hosted the inaugural Women’s Intro to Golf Clinic at the Tradition. Thirty rising women executives learned how to use golf to level up in in their careers — and also got to take a few swings at the driving range. 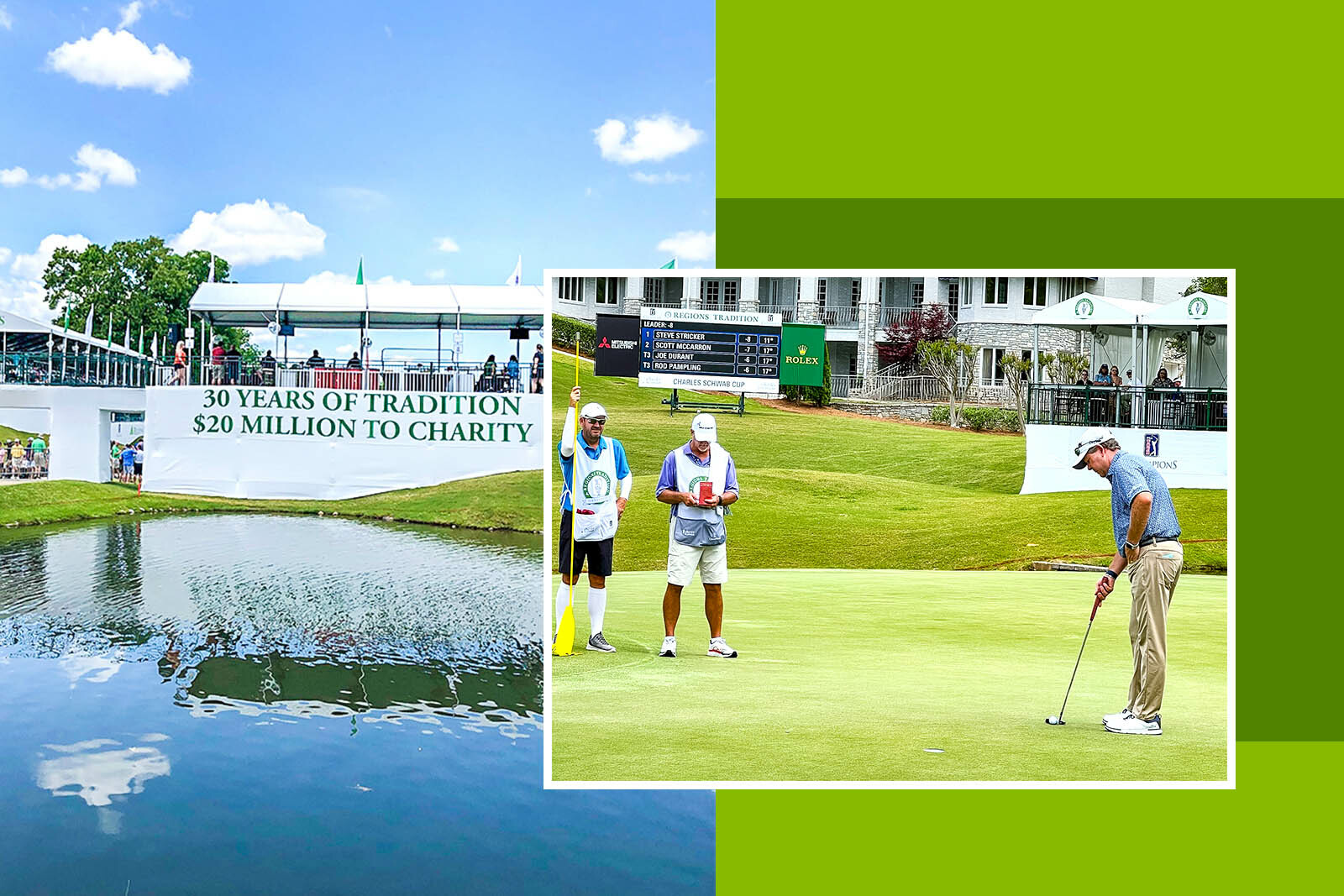 Two rounds in, Steve Stricker remained the man to beat at the Regions Tradition. The 2019 Tradition champ shot a 4-under 68 Friday to close the day with a 2-stroke lead. 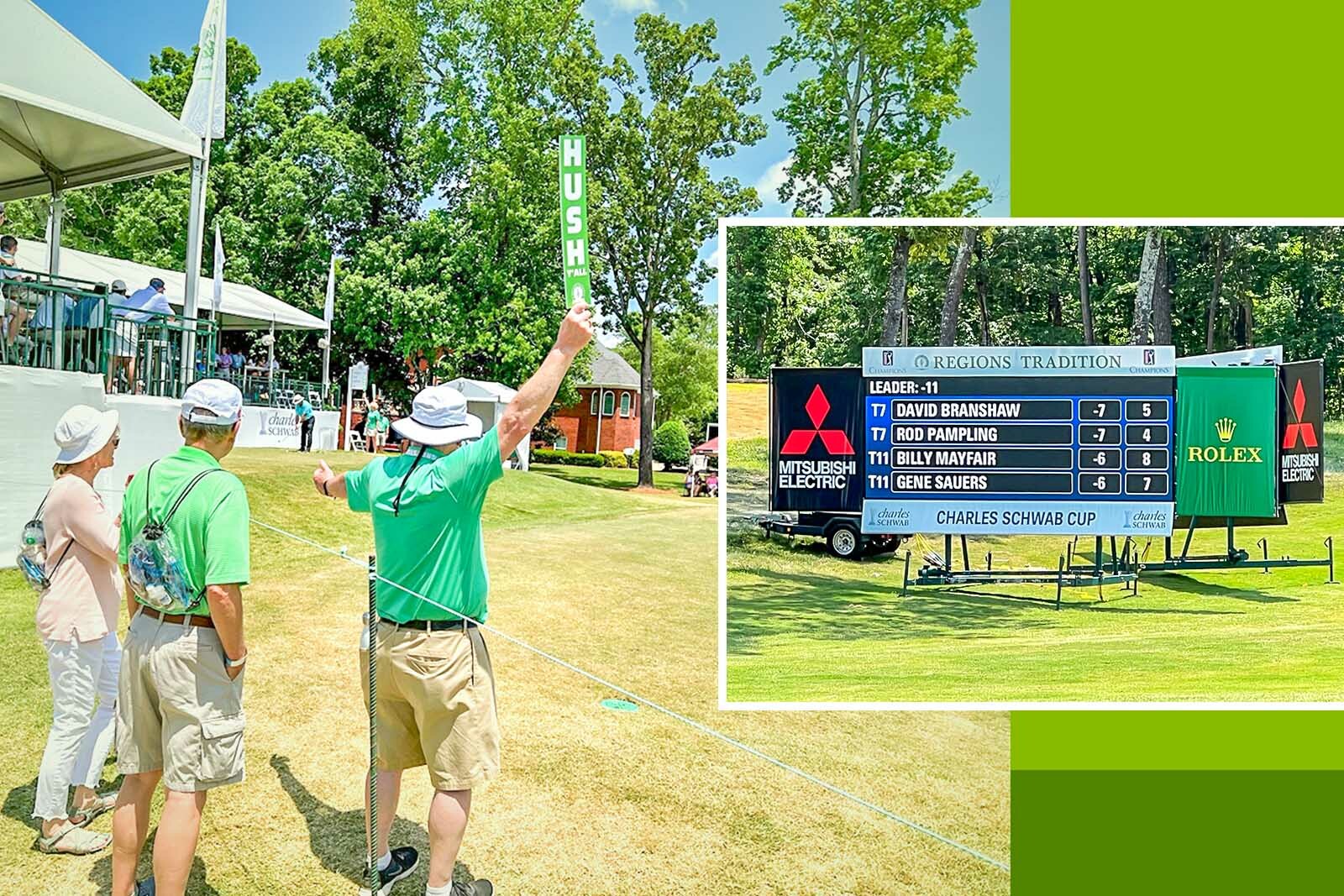 Stricker, the 2019 Tradition winner and runner-up in 2021, expanded his lead by a stroke in the third round of the PGA TOUR Champions major on Saturday. 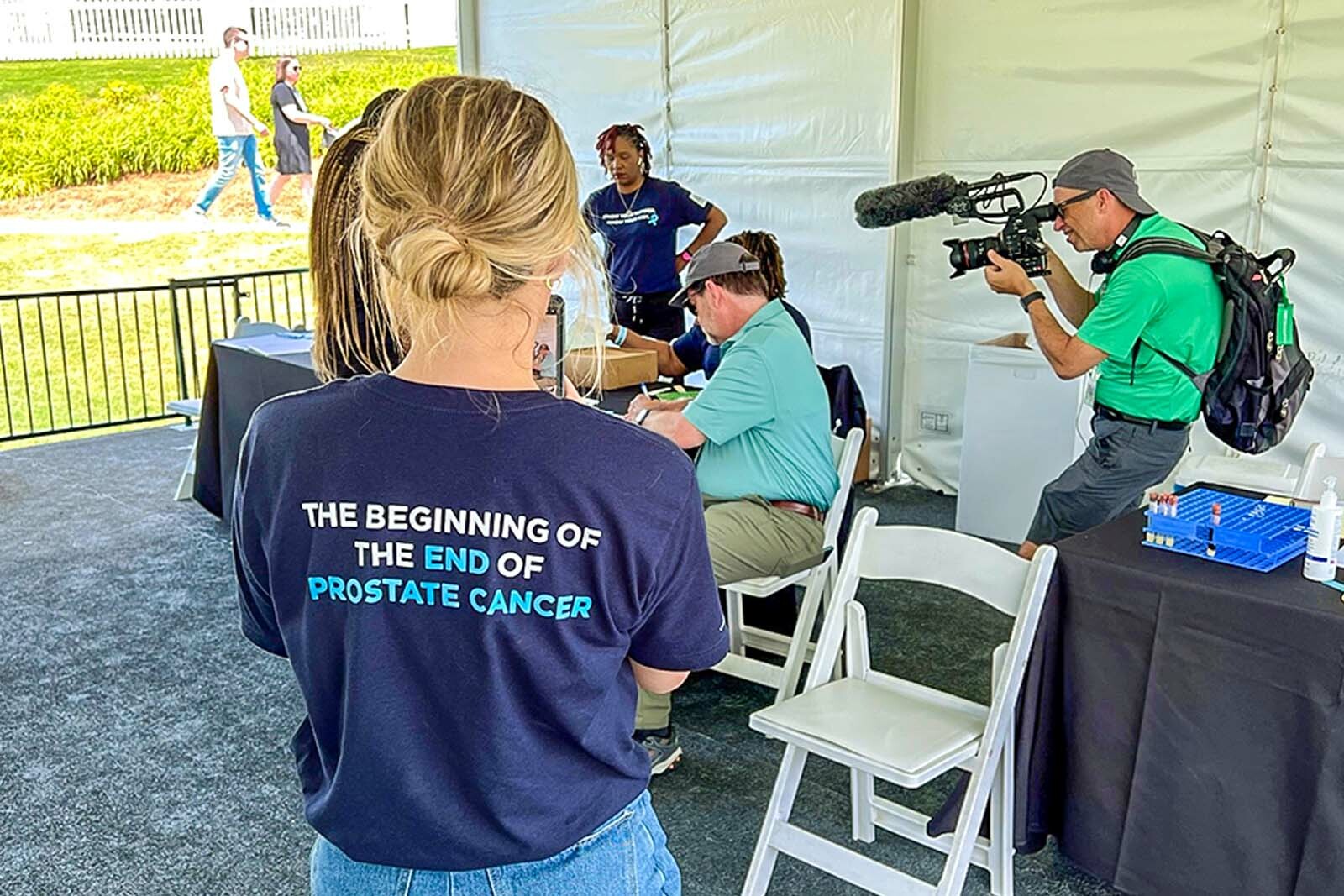 Just a few minutes at the Regions Tradition could save a life. The Mike Slive Foundation offered free prostate cancer screenings for spectators at the Champions Tour major in an effort to battle a public health crisis “hidden in plain sight.” 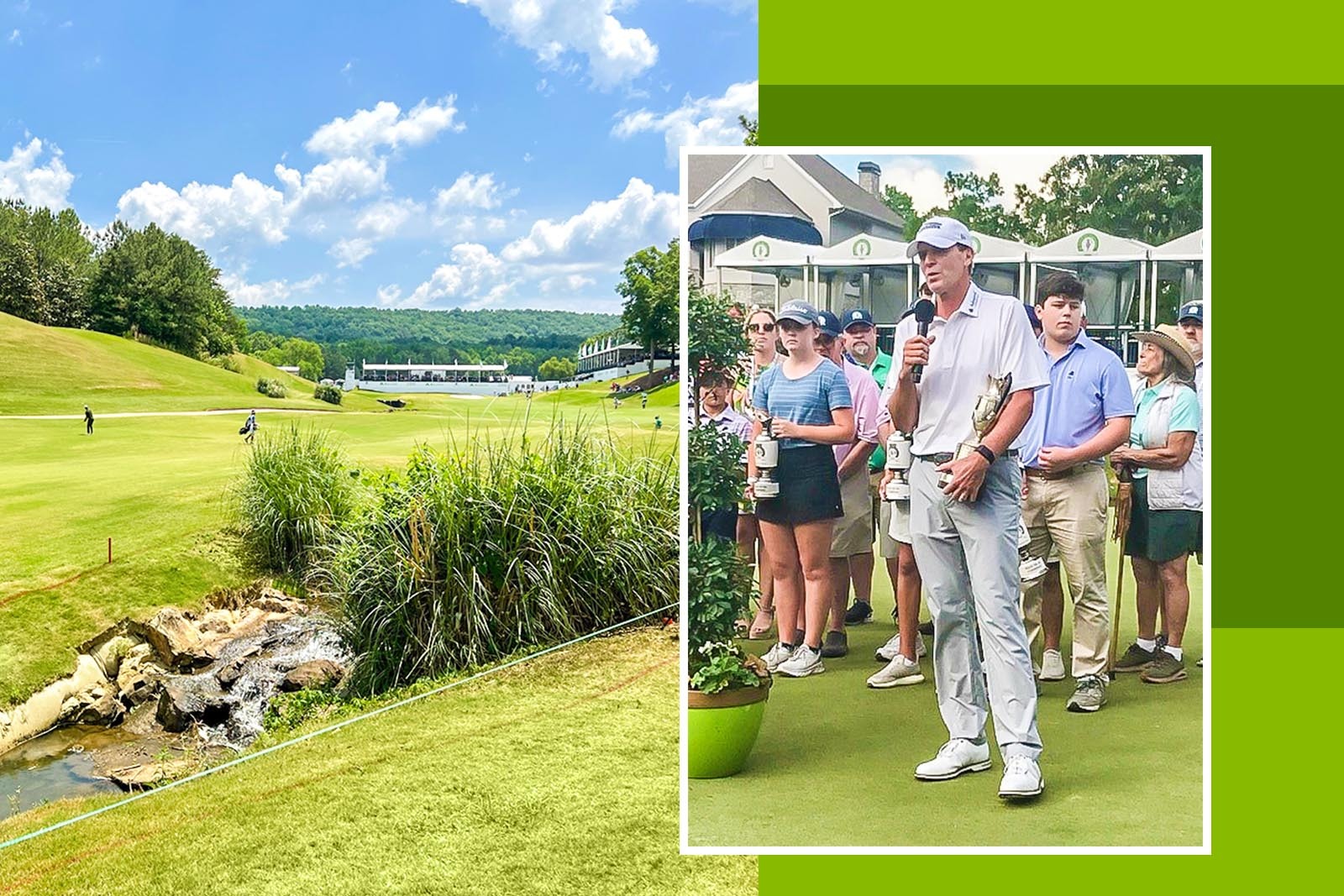 Steve Stricker won the Regions Tradition in dominant fashion, owning the tournament and course wire-to-wire and becoming a two-time winner.