What rewards might a Good Company reap from cultivating a reputation for atmosphere and artistry over a quarter century? Fanatically devoted customers and a longtime friendship with one of the world’s great entertainers.

When Lien Mach and her younger brother Truc Ho opened the first Li-En Nails & Spa off Nashville’s Donelson Pike 25 years ago, little did the siblings know they were embarking on an adventure that would lead them across multiple locations and one day introduce them to a country music icon.

“When we came here, we didn’t speak English, so we tried to learn a little bit of English,” Truc said. “The job here, it was a fit for us. Better pay, that’s why we got into the business. Before, we worked for somebody else, and then after that we saved money. We did very small business, only a few chairs.”

From there grew a prosperous multi-location chain.

“Later on, we had another one over at Hickory Hollow Pike, on that side of town,” Ho said. “And then there was another one in Franklin and Belle Meade.”

Looking back, he attributes that growth as much to employee loyalty as to customer loyalty, all thanks to the shop’s family atmosphere, built on a foundation of authenticity.

“It’s very hard to find people, technicians, to work,” he said. “Luckily we have a family. That’s why they try to help us. It made it easy for us to grow bigger, bigger, bigger – family.”

The same familial focus that fueled their growth would eventually prompt a downsizing, when Truc and Lien sold off their more remote locations in order to devote their most valuable resource to their own families. Today Li-En Nails & Spa operates primarily from the Mt. Juliet neighborhood, affording its owners more time with their spouses and children.

Truc’s niece and Lien’s daughter, Kim Vo, grew up in the business. As a licensed nail tech, she worked herself through college, eventually attaining her degree while managing to avoid student debt. Today, she runs a successful bookkeeping consultancy and still occasionally contributes to salon operations.

“Because of the business’s success, I was able to go to college (and was) debt-free when I graduated,” said Kim. “Without the business, I would owe the bank tons of money.” 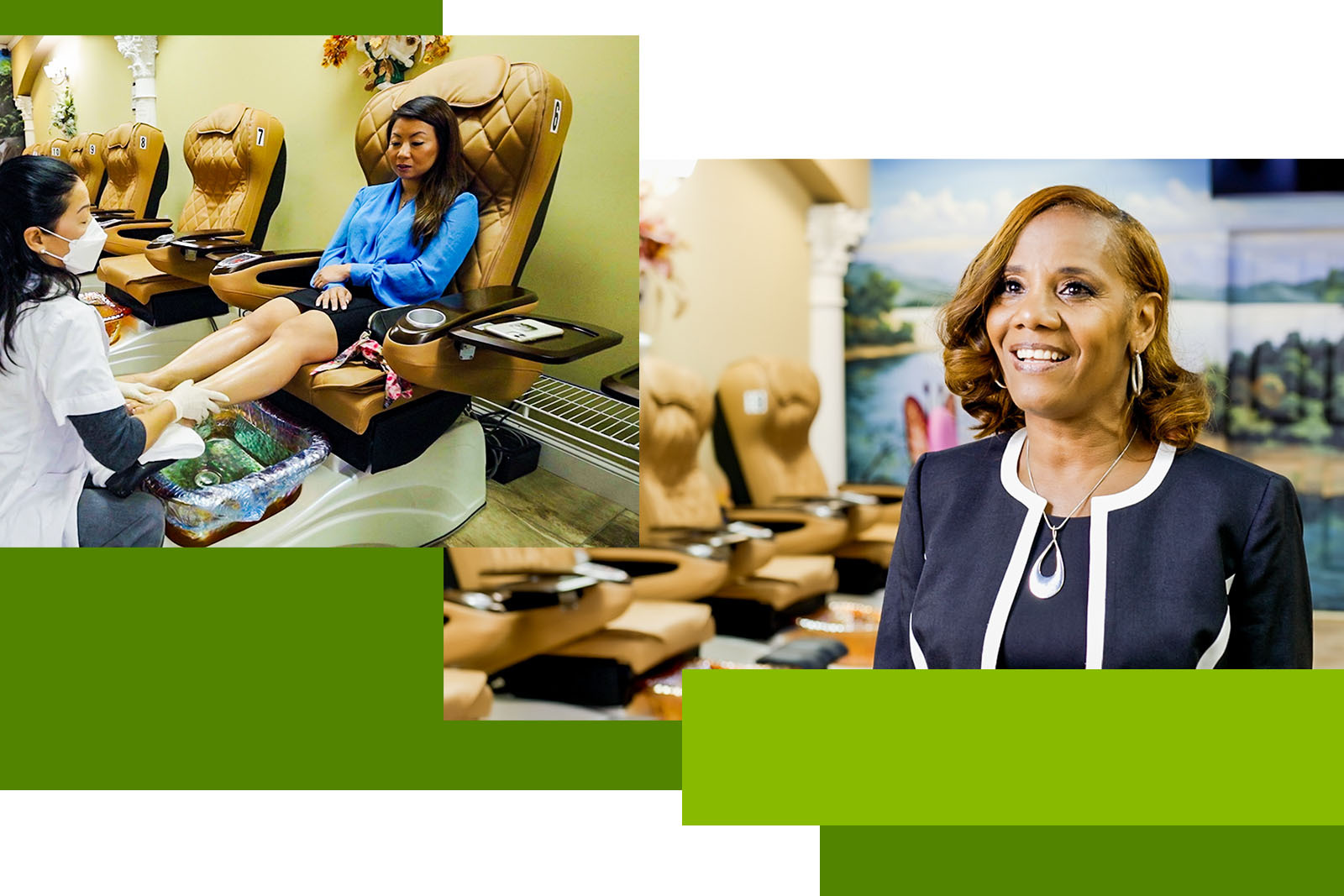 Adherence to the highest standards of quality was one of many lessons taught to Kim by her mother Lien, whose reputation for unrivaled workmanship soon garnered her one client from country music royalty.

“Her manager was getting her nails done with my mom, and she asked my mom to do Dolly Parton’s nails, so they scheduled her to come over to Dolly’s house,” Kim said. “Normally, we don’t go to somebody’s house, and my mom was really afraid. She said, ‘I don’t know who these people are!’ But she did finally make an effort to go because the manager kept asking very nicely.”

The relationship soon blossomed into weekly private appointments, and over the years Dolly grew into more than just a customer, forging a friendship that led Lien to bestow upon Ms. Parton the honor of naming her next child. And what else would the country music hall-of-famer choose but the title of her 1973 number one hit?

“My sister got pregnant, and she wanted Dolly to name the baby, so she named her Jolene,” Truc said.

“My sister is Jolene,” Kim added. “I get to make fun of her because the song is inappropriate for a child!”

In the years to follow, Dolly would remain in contact with Lien, Kim and her siblings, who all have fond memories of the star.

“She’s so sweet!” Kim said. “She would always give me money for Christmas, and my brother and sister toys.”

But Kim is quick to point out that the success that enabled their ongoing friendship only developed out of their genuine desire to treat every customer like a world-renowned superstar — “with care and respect,” as she put it.

“Quality and timeliness: those are the big keys,” Kim added. “As long as we’re kind, friendly, listening to their needs, then of course they always come back. They would drive down from Franklin or wherever they are.”

Truc noted that the loyalty this approach engenders is so strong that it spans generations.

“We have three generations of customers,” he said. “We made friends, and then it opened up, more and more.” 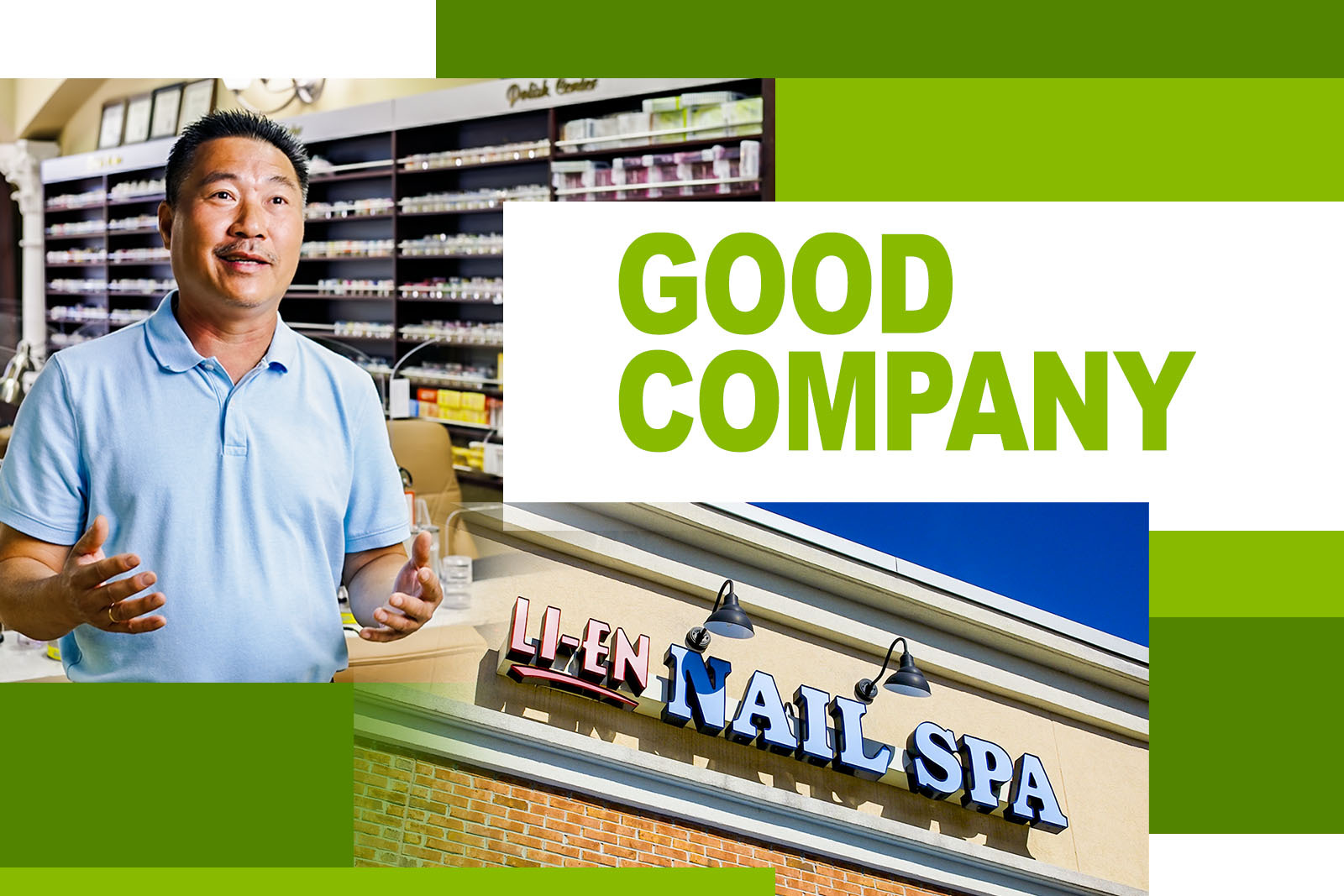 Lighting the Fire Within

From Dream to Down Payment

You Better Believe It