A wild and wooly 2022 regular season concluded over the weekend, with upsets from Las Vegas to Dallas stunning the world of college football.

But in Atlanta, where the SEC Championship Game was held, top-ranked Georgia took care of business, defeating LSU 50-30. 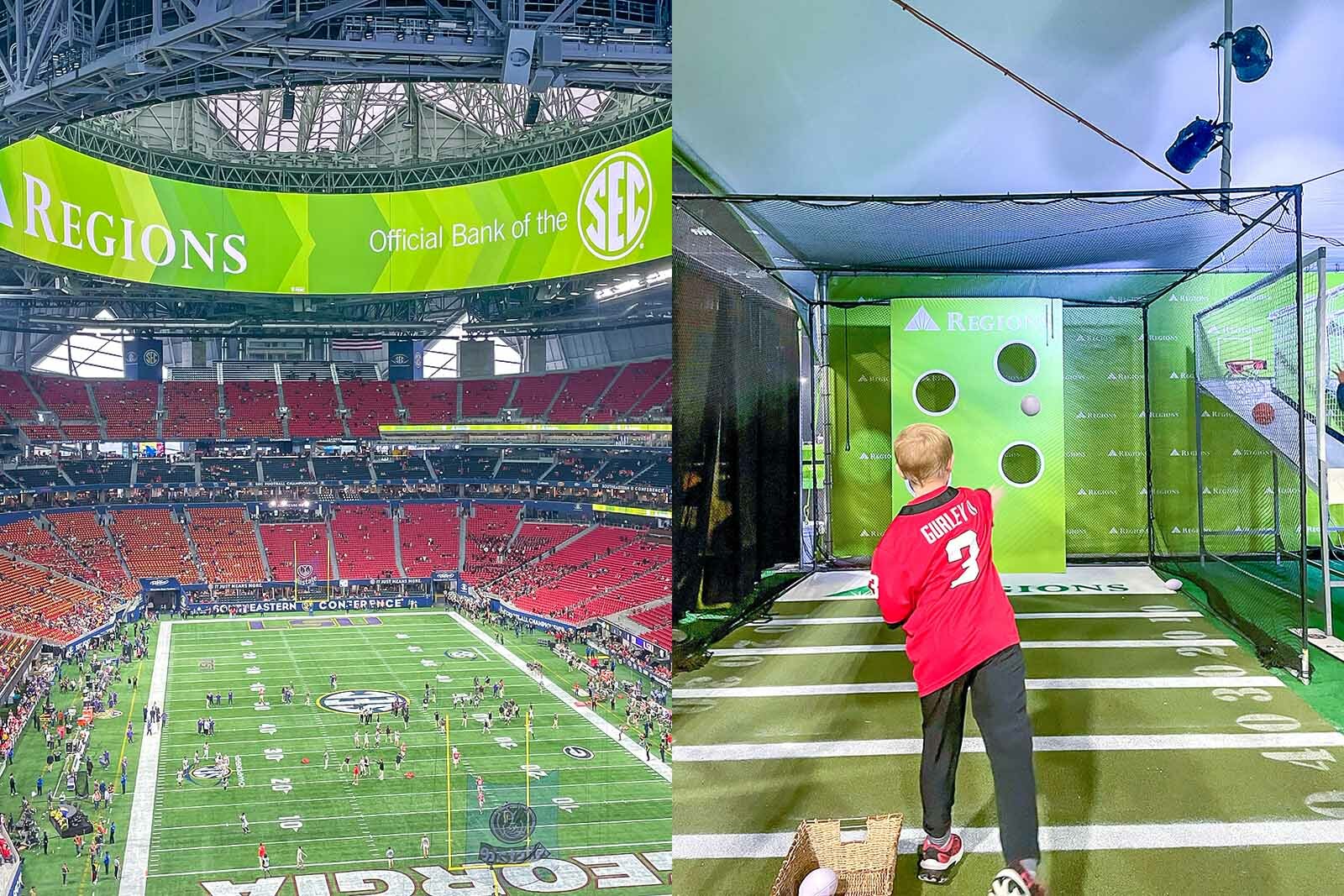 Before we look ahead to the College Football Playoff and a smorgasbord of bowl games, let’s look back at a wonderful weekend in Atlanta, where fans from across the SEC footprint make the annual trek to decide the conference title.

In his comments, Linginfelter pointed out Regions’ presence during televised SEC games – including some of the company’s newest advertisements. These new ads focus on helping customers embrace the “IF” in Life while showing the rabid love SEC fans have for their teams.

Meanwhile, SEC Fanfare lured fans to the College Football Hall of Fame to take a tour through history while offering the chance to burn off nervous energy through contests ranging from cornhole to touch football on the artificial turf field in the middle of the massive museum.

Regions’ role in college football, like its ties to “The Home of College Football,” is year-round. For three seasons, the game’s most respected poll – the AP Top 25 presented by Regions Bank – has been sponsored by the SEC’s official bank.

Learn more about Regions’ connections to the SEC and college football: