One week ago, Alex Cejka wasn’t even in the field to play at the Regions Tradition. He’d been playing well as a frequent participant in PGA TOUR Champions events, but hadn’t made the field for this major on the circuit. Then another player pulled out at the last minute, and Cejka scrambled to get prepared to play – getting to Birmingham, finding a caddie.

And the effort paid off, as Cejka – who had stayed on the leaderboard all weekend – outlasted 2019 Regions Tradition champ Steve Stricker to take home the title in 2021.

Stricker had left the crowds awed at the end of regulation play on Saturday, having eagled the par-five 18th hole to overtake the lead heading into a blustery but gorgeous final round on Sunday.

But as Sunday progressed some of the shine began to wane from Stricker’s putter – which had served him so well in the first three rounds – and after missing some difficult but makeable putts on the back nine, he found his lead had evaporated heading into the final hole.

On the 18th hole on Sunday, Stricker was magical again, but not as magical as Saturday, birdieing the final hole of the tournament to force a playoff with Cejka, both finishing the tournament at 18-under par. In a sudden death hole, Cejka bested Stricker’s par by holing out with a birdie to win the tournament by one stroke. 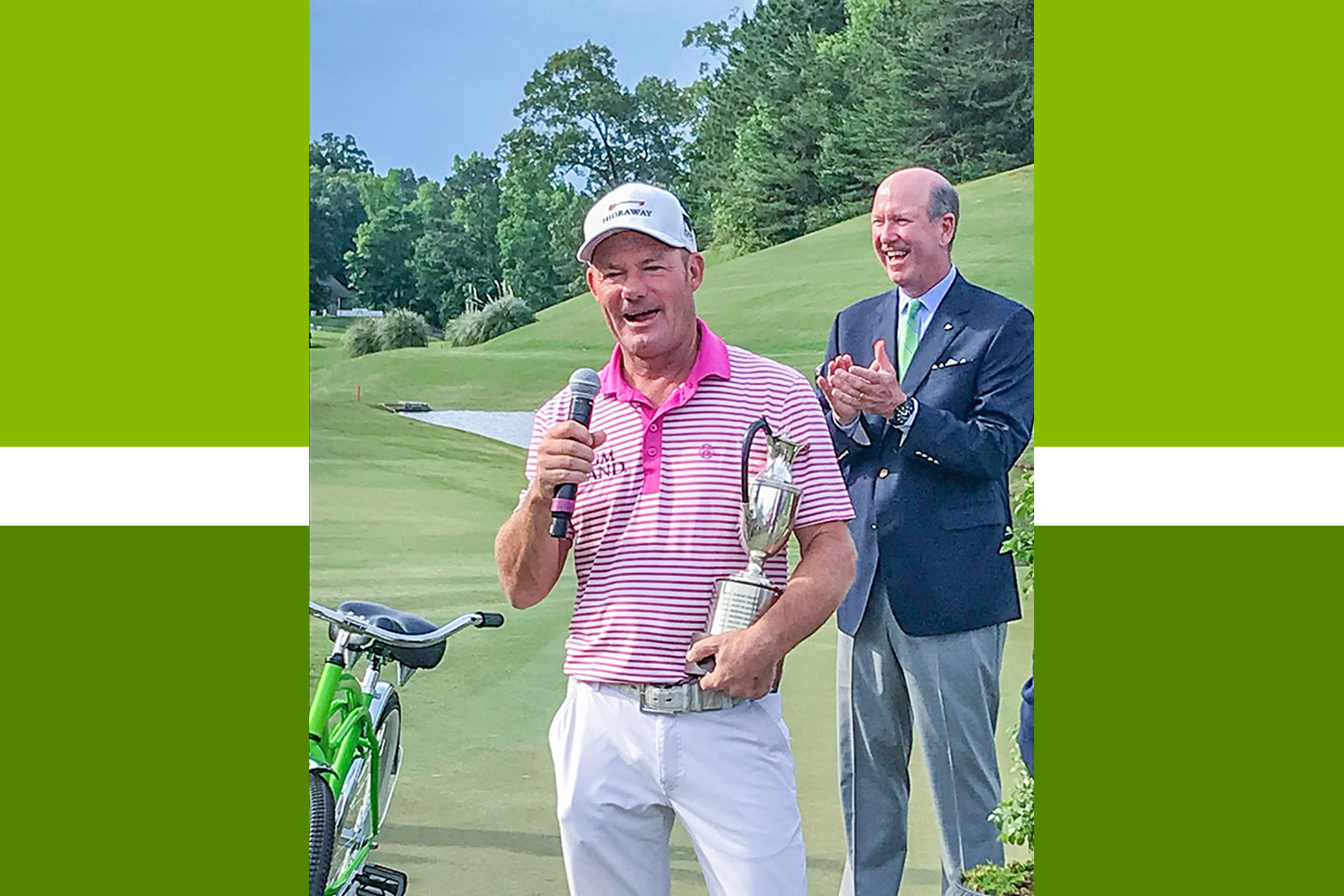 For Cejka, the tournament win is the final chapter to a true underdog story. As a boy, he and his family fled then-Communist Czechoslovakia in a harrowing and danger-filled escape. After being granted asylum in Germany, he eventually played professional golf in Europe, winning on that tour and winning one PGA TOUR stop in 2015.

In his last tournament, ironically, he and Stricker had battled for the win in the final round, and Stricker had gotten the best of that chance. This time, at the Regions Tradition, Cejka came out on top.

“It’s incredible. I still can’t believe it. I have no words,” said Cejka.

Since the Regions Tradition began 25+ years ago, the tournament has raised more than $19 million for local charities, including the tournament primary beneficiary, Children’s of Alabama.

For more on the Regions Tradition 2021, check out these stories:

A Tradition of Giving