David and Zaida Ringheimer had a problem, but Regions Bank had an answer thanks to the EnerBank consumer home improvement point-of-sale lending division.

The problem was how to build the large pool deck. The Ringheimers wanted better access to enjoy their above-ground pool this summer in the Tennessee Valley community of Hixson.

The answer turned out to be a new deck built by Francisco Romero’s VLR Homes company and financed by EnerBank under a new small-business referral program that Regions and EnerBank launched in March.

EnerBank became part of Regions in October 2021 and has accelerated Regions’ focus on serving as the premier bank lender to homeowners. To date, EnerBank has financed more than $13 billion in home improvements for more than one million homeowners.

The homeowner gets the benefit of financial flexibility. Instead of having to come up with the cash all at once, they can finance a project over time.

EnerBank requires contractors to be licensed and insured, have five or more years of experience completing certain project types, generate $500,000 or more in annual residential sales, and have good credit. They must also have a strong service record along, with certain training and other criteria to join the network.

In June, Romero became Regions’ first small-business customer to join EnerBank’s national contractor network and have a client use its point-of-sale financing for a project.

Currently, more than 225 Regions small-business customers are working to join Romero and become part of EnerBank’s contractor network, too, so they can also offer point-of-sale financing options for their customers’ home-improvement needs.

“I am proud to be part of this success,” said Romero, who became a Regions customer in 1993 after relocating his family to Tennessee from California. “I had tried other financing programs before but didn’t feel comfortable offering them to customers because of the rates and terms.

“While many of my customers still prefer to pay in cash, with EnerBank I now have a financing option that allows customers to build what they want without having to pay high interest.”

While many of my customers still prefer to pay in cash, with EnerBank I now have a financing option that allows customers to build what they want without having to pay high interest.

As soon as she heard that EnerBank was adding qualifying Regions home-improvement contractors, April Newman, manager of Regions’ branch in Soddy Daisy, Tennessee, knew who to call first.

“Francisco has been a customer of mine for several years, and I knew he’d be a perfect fit because of how many projects he does across the Tennessee Valley and the reputation he’s established at VLR Homes,” she said.

“This is a great program that helps both our business customers and homeowners. The businesses get the ability to receive a certain percentage of the project total up front instead of having to wait for the project to be finished.

“The homeowner gets the benefit of financial flexibility,” Newman said. “Instead of having to come up with the cash all at once, they can finance a project over time so they get the work done they need in the way that works best for their budget.”

Ringheimer said that’s exactly what happened with the pool deck.

“When we started off and found out how much what we wanted would cost, we thought, ‘Maybe we should scale it back a little bit,’ but with the EnerBank financing, we could afford to do it all at once. Now we have something we’ll enjoy for years.” 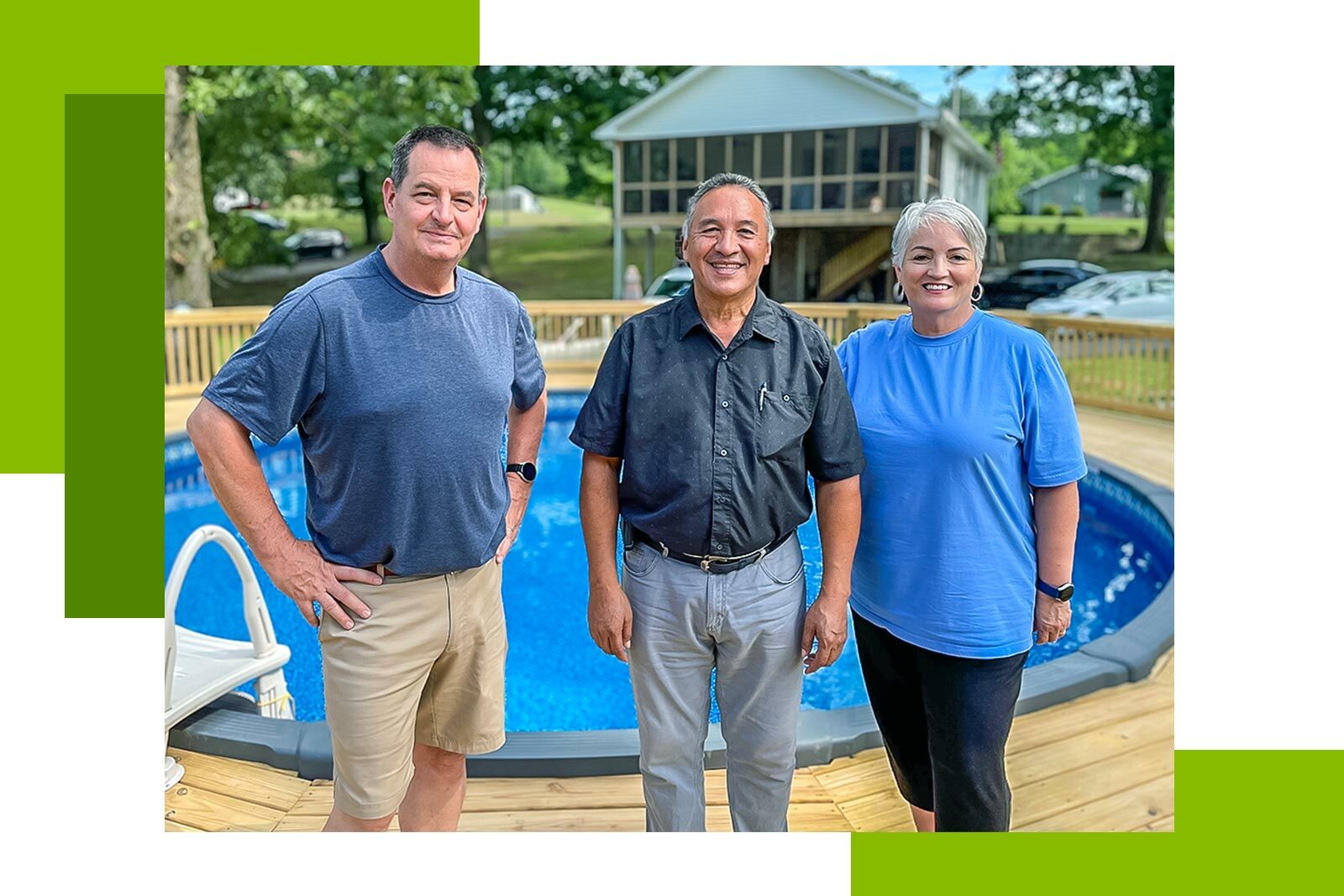