The final score? Well, let’s just say at least they had fun!

“We also serve as an Olympic and Paralympic training site, strengthening the ongoing commitment to the development of para sports,” Belcher said.

The game between the bank’s Finance department and Lakeshore was organized by Jacob Couch, who works in Tax Compliance at Regions, and coached by Maggie Elliot, from Regions Investor Relations. Couch has a special relationship with the Lakeshore Foundation, having served as a volunteer for more than six years, assisting with events such as men’s and women’s wheelchair basketball tournaments, wheelchair rugby events, wheelchair football, track and field, and power soccer.

“I knew that Lakeshore Foundation had just begun practices for their 2022-2023 National Wheelchair Basketball Association season, and they were looking for groups to help them prepare,” Couch said. “And I knew just the team who could help them out.” 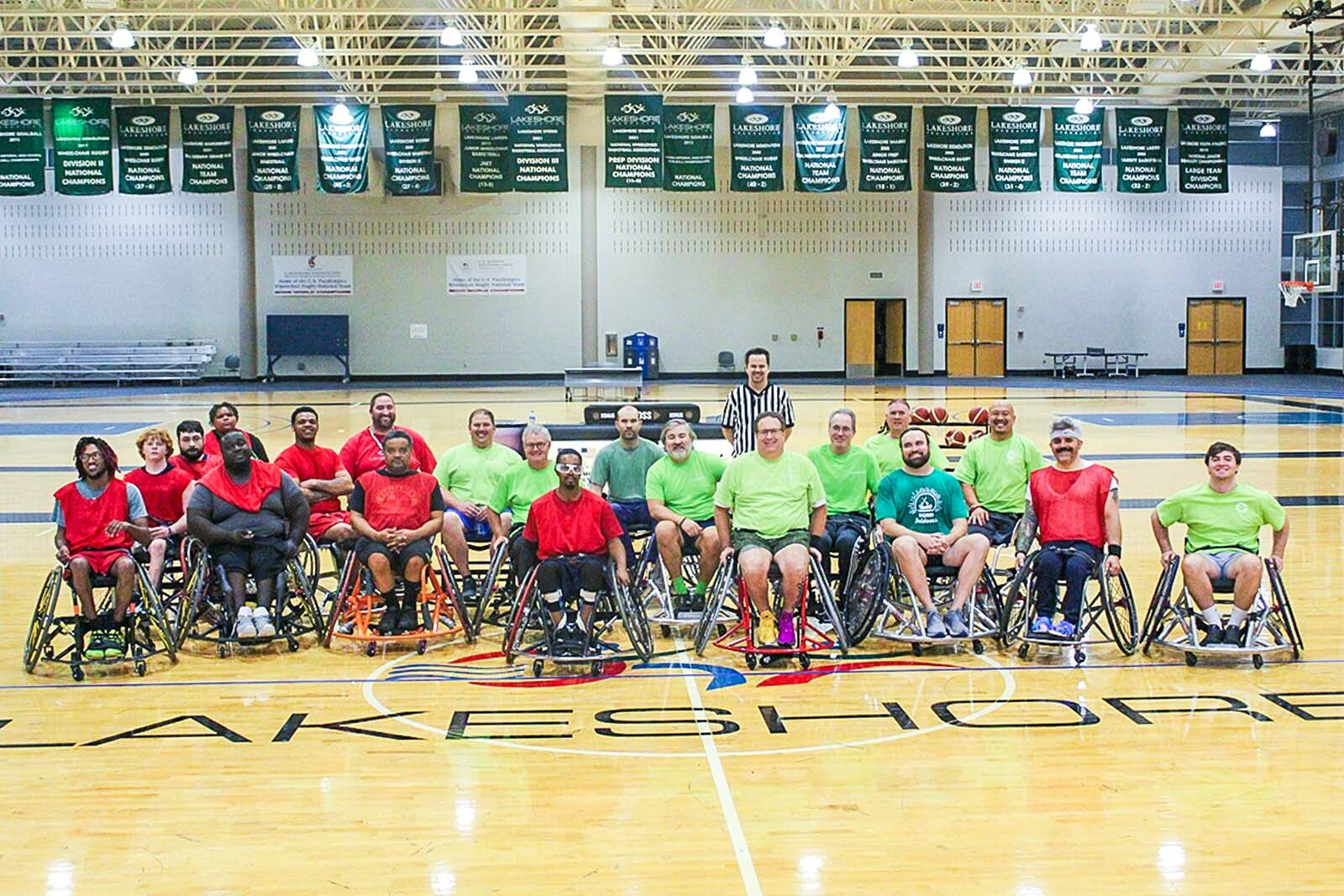 Couch helped organize a group within his work area called Finance Associates Serving Together, or F.A.S.T. Regions had just celebrated their annual Evergreen Week, in which associates celebrate each other and their communities, and the F.A.S.T. members were looking for a volunteer activity to do together. Couch recalled that October is National Disability Employment Awareness Month, and all the pieces starting coming together – on the basketball court.

Regions Chief Financial Officer David Turner was one of the first to volunteer, though he had no experience with wheelchair basketball. “Community service is part of Regions’ mission to create shared value,” Turner said. “And the Lakeshore Foundation is a great community partner of ours – with not only financial support but also volunteerism.”

Belcher commented on the important contributions of the team and the entire bank. “Without the support of corporations like Regions, the important work of Lakeshore would be impossible,” she said. “The willingness of this group to learn more about adaptive sport and the importance of inclusivity extends the reach of Lakeshore’s work into the community.”

Turner, who played collegiate baseball at the University of Alabama, appreciates good competition and praised both teams for their effort.

“There was a good five-to-six-minute span in the third period where everything seemed to be coming together – good defense, good chair movement, and good ball movement on offense with lots of made baskets,” Turner said. “It was really fun and I was proud of the Regions team’s commitment and dedication, while facing some incredibly talented athletes from Lakeshore. Those players are so inspiring.”

Community service is part of Regions’ mission to create shared value, and the Lakeshore Foundation is a great community partner of ours.
David Turner, Regions Chief Financial Officer

The game is played with a traditional 10-foot goal and since participants are seated, they rely completely on upper body and core strength to pass and shoot – all while maneuvering the wheelchair up and down the court.

“With 99 percent of the Regions team being unfamiliar with wheelchair basketball, they did a great job on defense all night,” Couch said. “No one had any quit in them, but they did come away with a few blisters!”

The competition and fun are motivating, but Couch’s connection to the Lakeshore Foundation goes beyond sports. “As an army brat I wasn’t able to build lifelong friendships growing up,” he said. “But when I volunteered at my first Lakeshore event, I felt an instant sense of belonging.  This organization, whose principles are founded on inclusion and equality, welcomed me with open arms and I immediately felt like a part of their community.”

Volunteerism, with Lakeshore and other local organizations, has become an important part of Couch’s life – by helping him “recharge” his perspective and remind him there is more to life than just work. And his work is actually an enabler for his community service.

“Regions Bank is by far the most community-minded company I have worked for,” he said. “Volunteer work is important to me personally, but it also means a lot to represent a company with strong roots in the community that encourages giving back and supporting local nonprofit partners.” 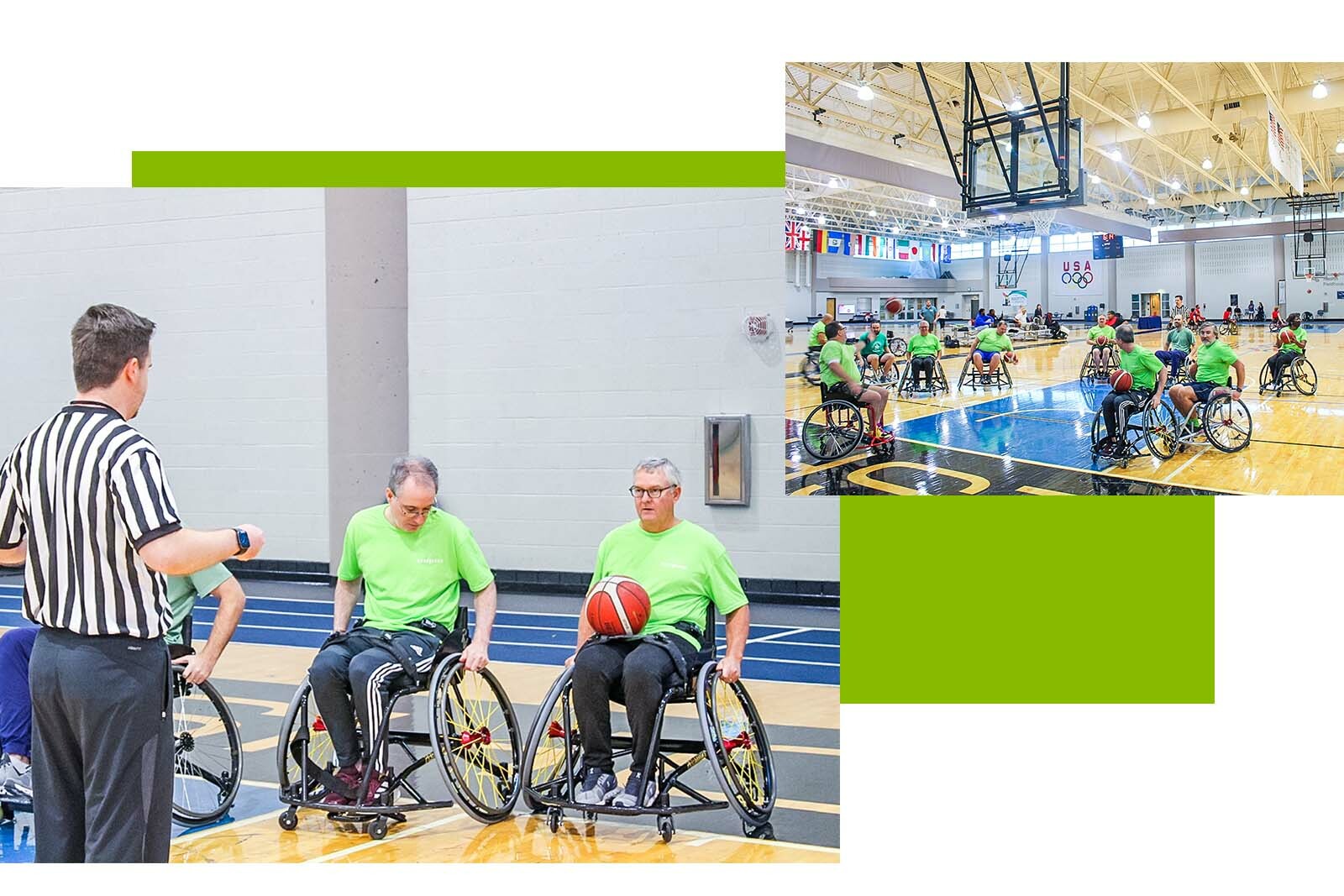 Couch encourages all Regions associates to take advantage of the company’s emphasis on service. “Get out there and volunteer,” he said. “Make use of your What a Difference a Day Makes time that Regions provides. The more our associates use that eight-hour shift, the greater impact we have on the communities we serve.”

“Volunteers are an integral part of our programs and contribute over 3,000 service hours annually to Lakeshore,” Belcher said. “We are so fortunate to have wonderful community partners like Regions and Jacob on our team.”

For more information about Regions’ commitment to our communities, see the 2021 Community Engagement Report.