We are profiling just some of the Regions associates who give so much of their spare time giving back to their communities in our Evergreen Volunteers series. We hope these stories will inspire others to reach out and make a difference.

We all love a good game, right?

Fall Saturdays bring college football fans to city-sized stadiums to cheer on favorite teams with 100,000 of their closest friends. Others spend weekend afternoons at youth league games and soccer tournaments. And the more energetic of us engage in our own grownup team sports, such as adult league softball or disc golf.

Jacob Couch also loves a good ballgame. But his love for sports takes a different, more altruistic spin. Couch, who works in the Corporate Tax Division at Regions, spends his workdays managing the federal and state income tax and franchise tax compliance process for the bank.

But in his free time, he spends many hours a week volunteering at a few different organizations in the Birmingham, Alabama, area that facilitate athletic activities for persons with disabilities.

It all started with the Vestavia Miracle League 14 years ago. Couch’s son, Jonathan, was playing youth baseball at the time and Couch thought it would be a good experience for Jonathan to get involved with this local baseball league for children and adults with special needs. It was an impactful experience for both father and son, but the Miracle League put Couch on a path of community service that changed his life forever.

The Vestavia Miracle League is for children and adults with mental and physical disabilities, where Couch serves as their pitcher. Unlike traditional baseball, Couch pitches directly to the batter with the goal of getting a hit. In fact, to ensure every participant gets a hit they extend the number of pitches to seven and bring out a tee if needed.

“The looks on their faces when they hit the ball is priceless,” Couch says. “No matter how far they hit, they have a blast.”

The league recently acquired a dedicated field, custom-designed with rubberized turf to accommodate wheelchairs and other assistive devices, and according to Couch the improved playing conditions have resulted in several home runs—and the crowd goes wild!

Couch’s volunteer efforts with the Vestavia Miracle League served as a springboard for other involvement. In 2016, the Regions Finance department formed the Finance Associates Serving Together (FAST) group to formalize and better organize their volunteer activities. Couch served on the working group and was tasked with finding organizations looking for volunteers. Some Miracle League friends hooked him up with the Exceptional Foundation, in the Homewood neighborhood of Birmingham, which provides social and recreational activities for adults and children with special needs.

That relationship apparently worked out well: Couch still spends one morning a month at the Foundation, facilitating gym activities, playing games, helping with art projects, and even just visiting and talking with participants.

“I really enjoy spending time at the Exceptional Foundation,” he says. “These participants are so fun and engaging. And they love new faces!” He tells a great story about one of the long-time participants who is the unofficial greeter and remembers every person who comes in, including their name, birthday, and any other personal information they’re willing to share. 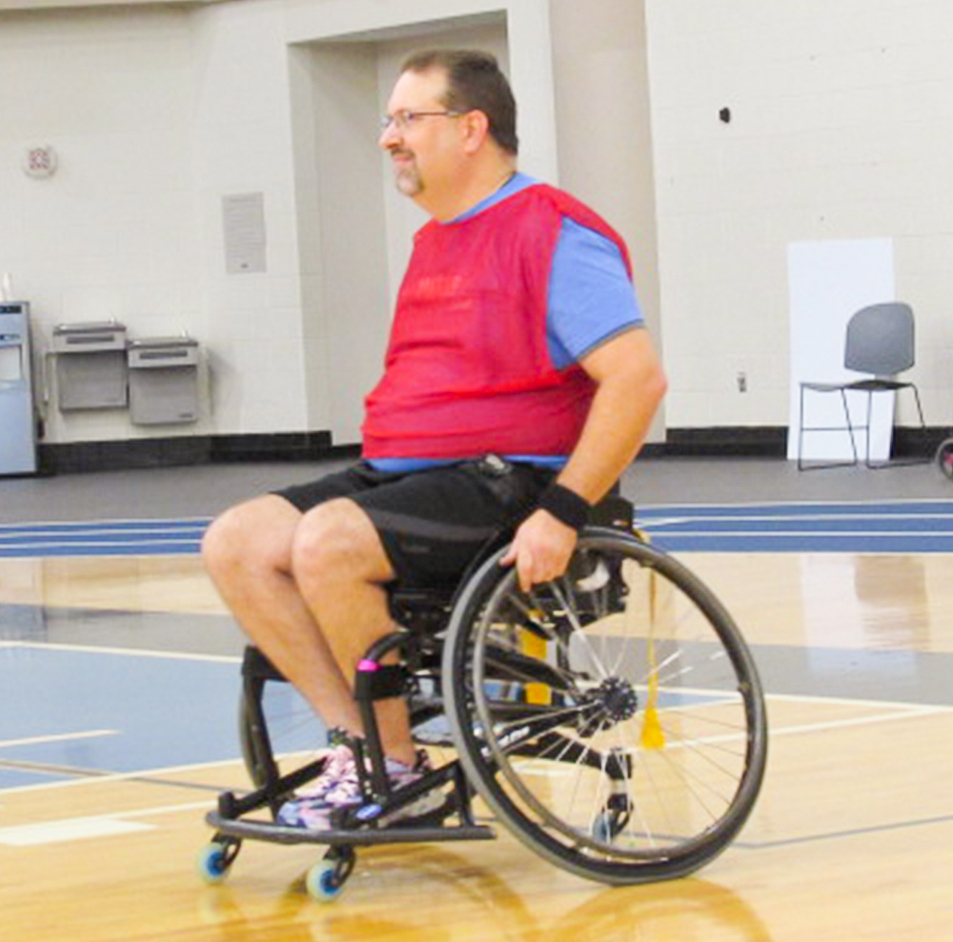 As much as Couch enjoys the experience, he’s making a real impact on the people he interacts with.

Robbie Lee, public relations director at the Exceptional Foundation, credited Couch for the impact he has made.

“Jacob has unquestionably been The Exceptional Foundation’s most loyal and dedicated volunteer for many years,” Lee said. “Whether it’s helping out with our softball league on Saturdays or assisting with art projects on weekdays, Jacob has always been available and willing to help.”

But Couch’s commitment doesn’t stop there. His work with the FAST group at Regions also connected him with the Lakeshore Foundation, an internationally renowned organization that provides opportunities for people with disability to live a healthy, active lifestyle.

Couch began his affiliation with Lakeshore by assisting with the Pioneer Wheelchair Basketball Tournament. Since then, he has volunteered for their wheelchair rugby tournaments, flag football, softball, track and field, and floor hockey programs.

“It’s amazing what these wheelchair athletes can do,” he says. “One day I was assisting one of the athletes and did a half-mile drill in a wheelchair. I couldn’t lift my arms the next day! I’m so inspired by their athleticism.” 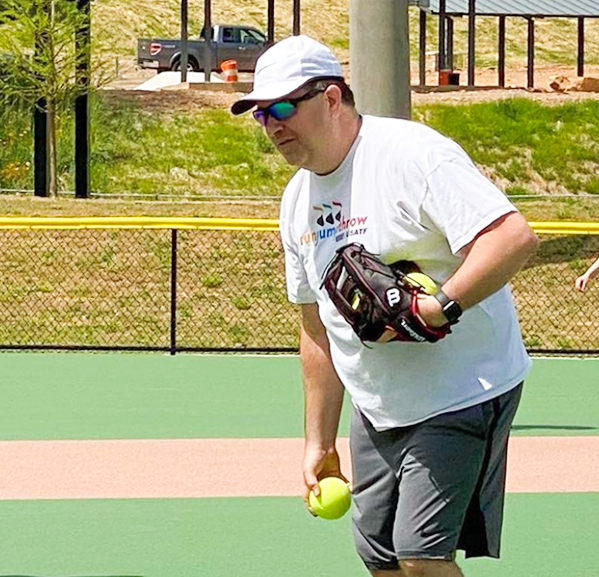 And the inspiration goes both ways. Amy Belcher, volunteer coordinator for the Lakeshore Foundation can’t say enough about Couch’s contributions to the organization.

“Jacob’s passion for our people and programs has brought about a level of awareness around Lakeshore Foundation and adapted sport that we have not necessarily planned for and may never truly be able to tangibly grasp,” Belcher said.

“During our Adult Wheelchair Flag Football program, Jacob was able to get a group from Regions to come play in a wheelchair flag football game against the Lakeshore team,” Belcher added. “Even though the Lakeshore team won, he was able to bring awareness to this sport and so many others.  All of this is directly related to his continued commitment to Lakeshore’s mission and values!”

When asked about his commitment to all these community activities, Couch is modest about his impact on the lives of the individuals he connects with, instead focusing on what this work means for him.

It’s really special to work at a company like Regions that is willing to get behind people and support and encourage them to get involved in community work – and even allows associates to spend an entire day every year volunteering.
Jacob Couch

“I find this work fun and inspiring. But sports are not everyone’s cup of tea,” he says. “Finding something you enjoy, that makes you happy, is a great driver for giving back to the community. Junior Achievement is great. Habitat for Humanity is terrific. Just find something that works for you individually and go help out.”

“It’s really special to work at a company like Regions that is willing to get behind people and support and encourage them to get involved in community work – and even allows associates to spend an entire day every year volunteering,” Couch said, referring to Regions’ What a Difference a Day Makes program.

Robbie Lee from the Exceptional Foundation sums up Couch’s life of service best.

“Our community is undeniably a better place because of Jacob’s volunteerism,” Lee said.

Banking on the Future