ST. LOUIS, Mo. – Jan. 16, 2020 – The Regions Foundation, a nonprofit initiative of Regions Bank, on Thursday presented a $150,000 check to Paraquad to support two workforce development initiatives. The donation will fund the Culinary Training Program offered at Paraquad’s Bloom Café and a new coding collaboration between Paraquad and LaunchCode.

According to an Income and Poverty Report published by the U.S. Census Bureau, people with disabilities are employed at half the rate of people without disabilities. They are also more than twice as likely to live in poverty. In recognition of these significant disparities of opportunities, Regions Bank has long worked with Paraquad to create greater access and opportunities. The Regions Foundation is now adding to this work through its further support of Paraquad’s workforce development initiatives.

We look forward to seeing the impact Paraquad will achieve in helping even more people with disabilities bloom …
Marta Self, Executive Director of the Regions Foundation 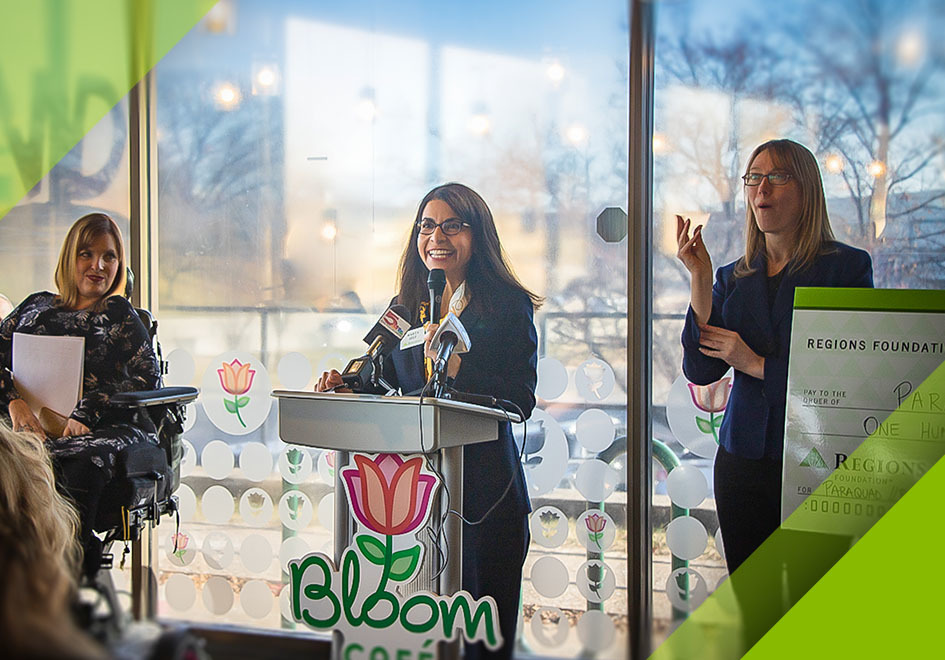 “Regions’ five-year partnership with Paraquad is rooted in empowering people with disabilities by providing skilled training programs and meaningful employment opportunities,” said Mike Hart, Greater St. Louis Market Executive for Regions Bank. “Further, we want to ensure that, as our St. Louis workforce continues to grow, we offer everyone the opportunity to be part of that growth. When this occurs, our community can truly thrive.”

The Bloom Café Culinary Training Program at Paraquad provides intensive, hands-on instruction for students interested in a career in the culinary arts or hospitality fields. Students progress through a 15-week curriculum, which covers food safety practices, food preparation and techniques, and customer service. Students may then proceed to a paid internship, and all students are eligible to receive assistance with job placement. 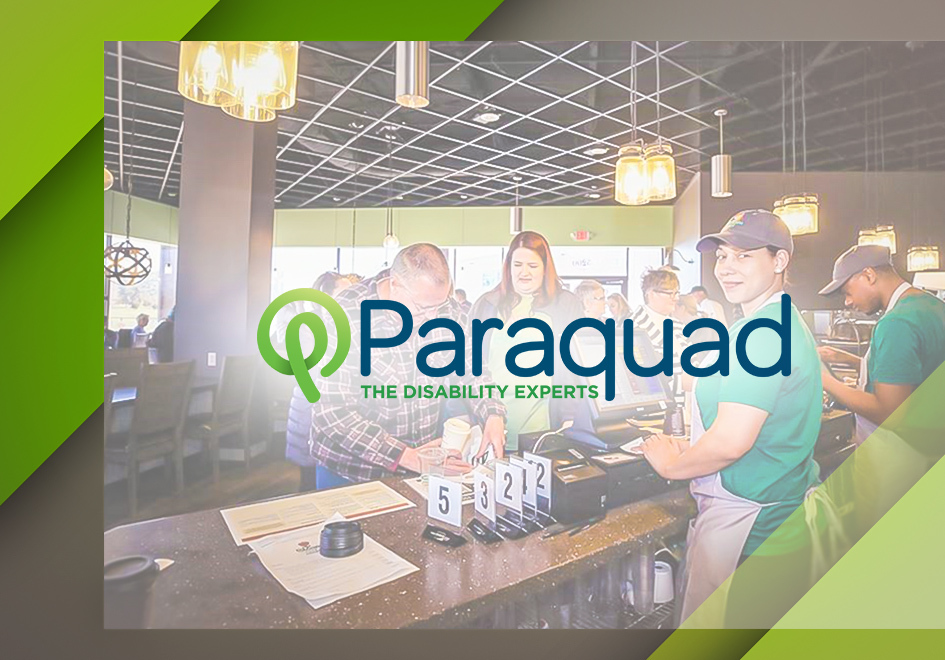 LaunchCode, which provides computer programming instruction for people seeking to build sustainable careers, will partner with Paraquad for the first time to work with students with disabilities in integrated classes. The funding from the Regions Foundation will give Paraquad the opportunity to offer individualized support for those students both in and out of class.

After the class, LaunchCode students receive assistance in getting an apprenticeship with one of the program’s 500 employee partners. More than 80% of apprentices later receive full-time positions.

“LaunchCode is focused on providing individuals from a variety of backgrounds with an accessible pathway to a career in technology,” said Kathy McCadden, Donor Relations Manager for LaunchCode. “Our partnership with Paraquad will enable us to reach a wider range of individuals and provide job-focused skills to those with the passion and drive to enter the high-demand technology industry.” 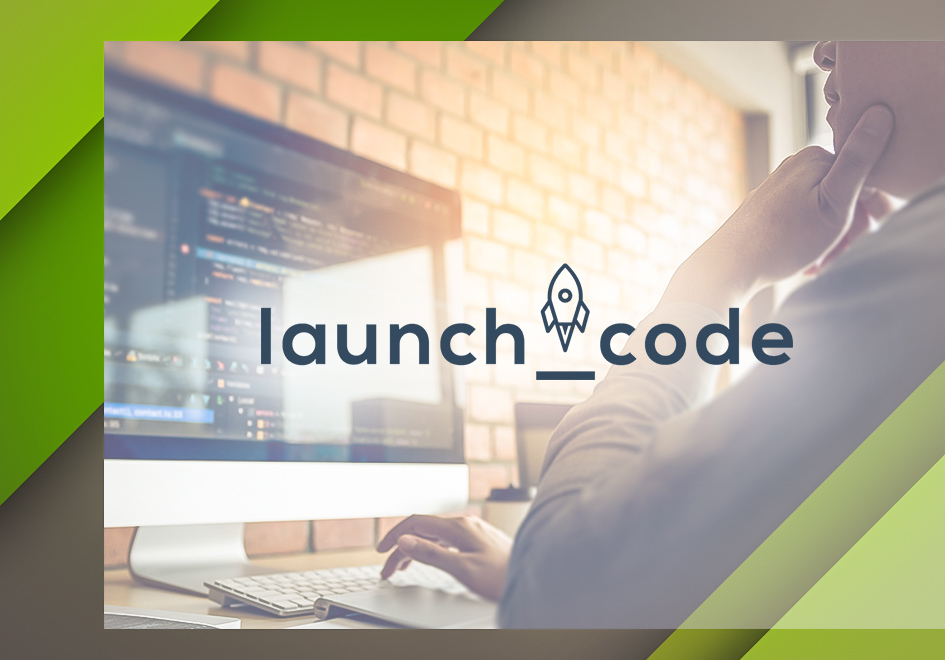 “Regions Bank is a champion for supporting community partnerships to promote equity and inclusion. We are honored to build that partnership with LaunchCode and move the needle on economic independence for people with disabilities,” said Wehmeier.

Marta Self, Executive Director of the Regions Foundation, noted that the name of Paraquad’s restaurant, Bloom Café, was appropriate in describing how it offers new opportunities. 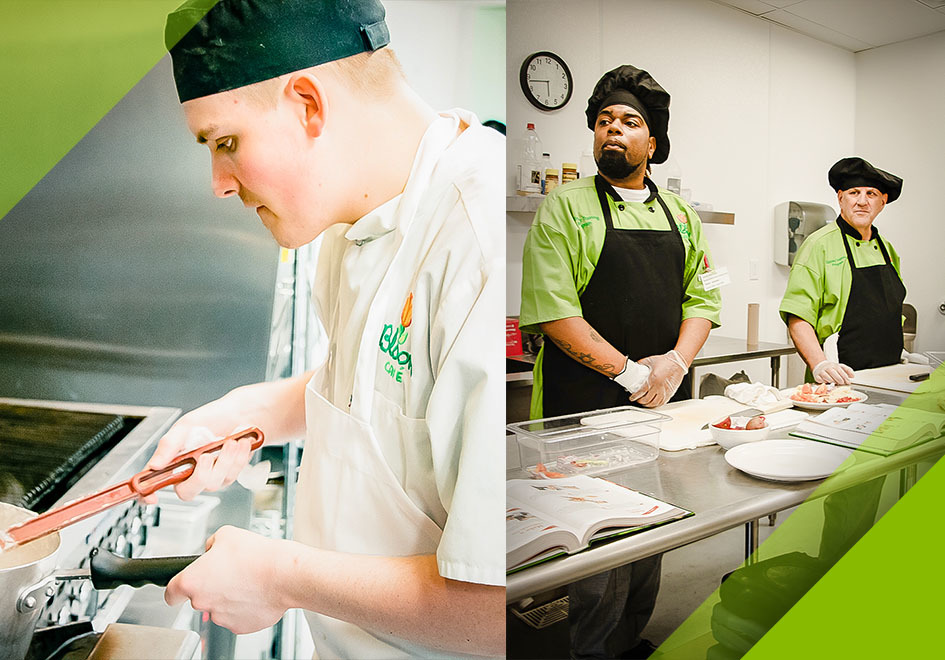 “The Regions Foundation is pleased to help foster greater independence and create new and previously unimagined opportunities through this gift,” said Self. “We look forward to seeing the impact Paraquad will achieve in helping even more people with disabilities bloom through Job Training Program initiatives.” 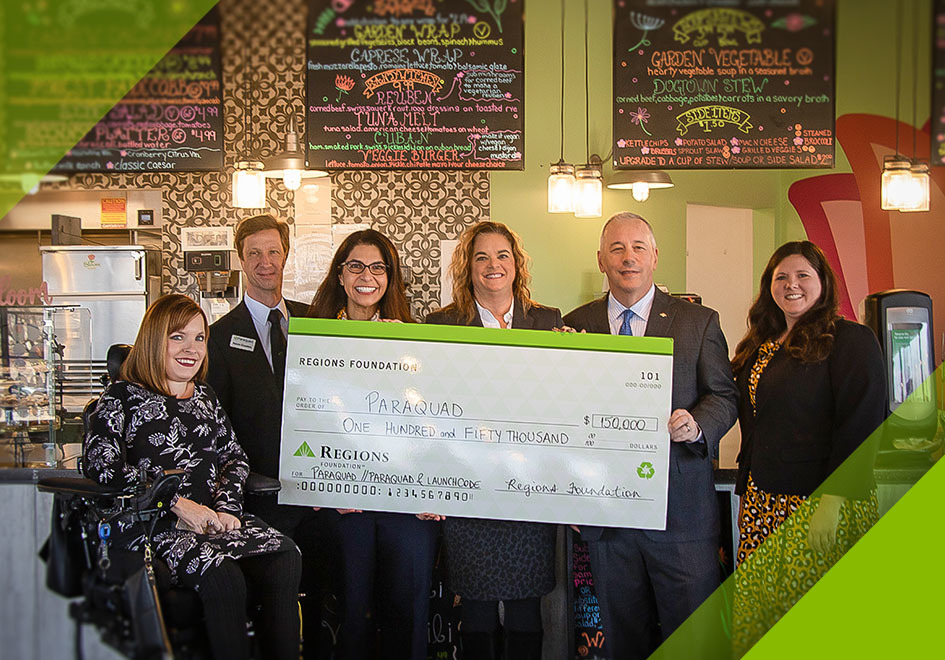 About Regions Financial Corporation
Regions Financial Corporation (NYSE:RF), with $128 billion in assets, is a member of the S&P 500 Index and is one of the nation’s largest full-service providers of consumer and commercial banking, wealth management, and mortgage products and services. Regions serves customers across the South, Midwest and Texas, and through its subsidiary, Regions Bank, operates approximately 1,500 banking offices and 2,000 ATMs. Regions Bank is an Equal Housing Lender and Member FDIC. Additional information about Regions and its full line of products and services can be found at www.regions.com.

About Paraquad
Founded in 1970, Paraquad is the leading disability services provider in the St. Louis region. One of the oldest Centers for Independent Living in the country, Paraquad’s mission is to empower people with disabilities to increase their independence through choice and opportunity. A key focus is to make St. Louis more accessible for all people by advocating, building awareness and delivering comprehensive services.

About LaunchCode
Founded by Jim McKelvey, co-founder of Square, LaunchCode is a nonprofit creating economic opportunity by adding new talent to tech ecosystems across the nation. While careers in technology have traditionally been reserved to those who can afford a four-year computer science degree, LaunchCode’s programs are free and accessible to motivated individuals who are assessed for passion, drive and aptitude rather than credentials.