In Panama City and Bay County, Florida, resilience has become the norm.

Hurricane Michael roared through in Oct. 2018, leaving devastation throughout the Florida Panhandle. And now, a pandemic.

“Our associates have been inundated with obstacles, one after another,” said Robin Striblin, Regions Bank’s new Market Executive for Panama City. “We still have associates who aren’t back in their homes almost two years after Michael came through.”

But there’s still a job to be done.

“What has kept us focused is helping our customers with the challenges they face,” Striblin said. “They’ve been through the same things, and on top of that, they have new challenges – paying their mortgages, dealing with insurance claims – at a time where the world seems upside down.”

What has kept us focused is helping our customers with the challenges they face.
Robin Striblin, Regions Bank’s Market Executive for Panama City

Striblin and Terri Little, another key member of the Regions team in Bay County, started distributing a weekly newsletter to Regions’ 90 associates in the area. They shared motivations, the latest news and – in March – a blurb about a new incentive from the Regions Foundation.

In addition to Regions Bank’s donation of advertising to food banks dealing with food insecurity amid COVID-19, the Regions Foundation pledged a matching gift program – setting aside $500,000 for a dollar-for-dollar match from bank’s associates to local United Way chapters and pre-approved community foundations responding to needs created by the pandemic. The Foundation is a nonprofit initiative of Regions Bank that makes community investments.

Striblin and Little expected Bay County associates to contribute to the special match program. But they had no idea how many would respond.

Dozens of people responded. Many had received help after Michael. It was time to pay it forward.

“We were very proud these people would give to the United Way,” Striblin said. “I was amazed. When there’s a trauma … our fearless team shows their passion.”

Striblin took the matching gifts a step further – offering her own personal match of each gift – making it a 3-for-1 donation.

“I was surprised with the response of the Bay County to the matching funds campaign,” said Marta Self, executive director of the Regions Foundation. “I knew it would be good, but I did not expect the turnout we had. But while most of us are adjusting to living in this new-normal, our associates in Bay County have suffered for nearly two years. With everything they’ve gone through, they made the effort to rally the troops in support of a great cause. In fact, they were one of the top markets, across the 15 states Regions Bank serves.”

The giving didn’t end with the matching funds campaign.

After sharing the news about the Regions Foundation’s pledge, Striblin and Little shared a request for associates to write personal notes to local nursing home residents isolated from family and friends due to safety precautions. Again, the expectation was someone would step up and respond.

But not the way they did.

“In no time, we had 70 cards written and distributed,” Striblin said. “We even had folks participate in a parade outside the nursing home that the residents could safely watch from their windows. I can’t tell you how proud I am to be a part of a team that gives and gives.”

Little said providing matching contributions to the United Way of Northwest Florida was an easy decision, having seen the agency’s response to Michael. But, like Striblin, she wasn’t prepared for the outpouring from co-workers.

“Our team lives the Regions values,” Little said. “They’re proud of where they work and what this company stands for. We’ve been through a lot, and we’ve responded each time. Even today, we have one associate who hasn’t been able to return to their home, while another just moved back two weeks ago.”

After Michael, Regions’ main Panama City branch was only shuttered for a few weeks until emergency repairs got part of the property back up and running. Other branches and offices were so torn apart, they needed up to eight months for reconstruction. Striblin, Little and other Regions associates have often worked from home – both following the hurricane and, now, after the onset of the pandemic.

“Our local technology people, led by Leah Thomas and her team, gave us the tools we needed for the transition,” Striblin explained. “They got the Mortgage and Commercial Lending teams what they needed, and said, ‘Here’s a laptop and cellphone; now get to it.’ The transition, because they were so prepared, has been incredibly effective.”

“The reality is that the hurricane came and went,” Striblin said. “For those outside of the area, it was like a funeral. Everyone is there for the day of the memorial, then there’s silence. For those of us who remain, the impact of the Hurricane and the impact of COVID is that the silence remains for months and months, and we have to work together to help our neighbors get on with their lives.” 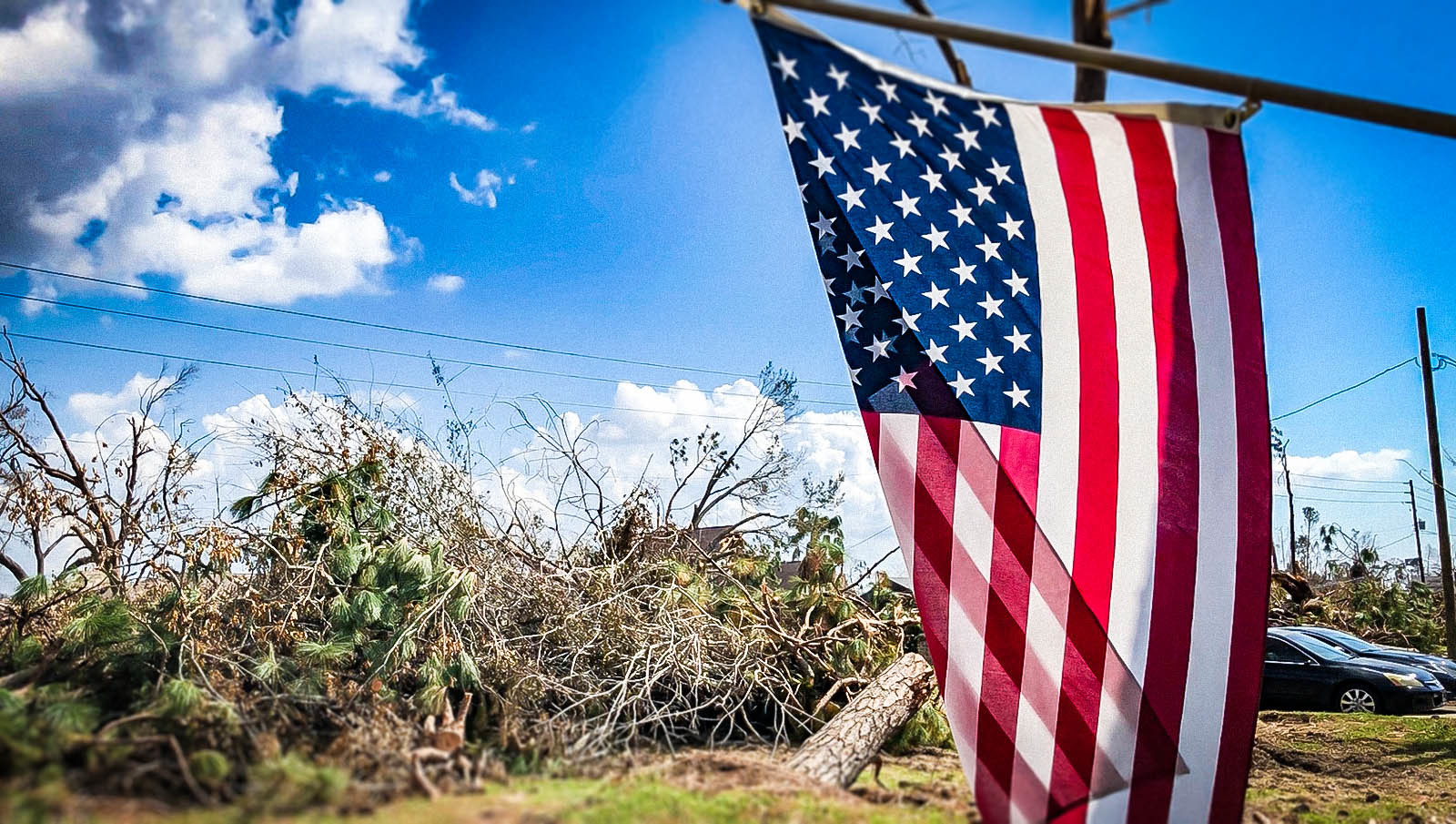 About Regions Financial Corporation
Regions Financial Corporation (NYSE:RF), with $133 billion in assets, is a member of the S&P 500 Index and is one of the nation’s largest full-service providers of consumer and commercial banking, wealth management, and mortgage products and services. Regions serves customers across the South, Midwest and Texas, and through its subsidiary, Regions Bank, operates approximately 1,400 banking offices and 2,000 ATMs. Regions Bank is an Equal Housing Lender and Member FDIC. Additional information about Regions and its full line of products and services can be found at www.regions.com.

Sinking Their Teeth Into Learning