Seventeen-year-old Madeline King is known affectionately around her community as the “the cancer girl who helps cancer kids.”

While that title is pretty blunt, and, technically, it’s true, the reality is her service to patients at Children’s of Mississippi in Jackson began long before Madeline was diagnosed with cancer herself.

Madeline’s Mission began when she was eight. Madeline started collecting things like canned soup, crackers, chips and candy for sick children and their parents. She used ministry opportunities such as Vacation Bible School and missions trips to collect and compile donations. Then, she made sure children and families at the hospital knew someone they’d never met truly cared about them.

“When I was little, my mom taught me that it is better to give than receive,” Madeline said. “I’ve always tried to keep that in mind when I see people in need.”

King continued her mission for years; then, one day, she found herself at the state’s only children’s hospital receiving a diagnosis that would change her life.

King’s father had noticed a lump on her neck while she was in the fluorescent light at Regions Bank’s Brookhaven branch opening a student checking account. Owen King is the branch manager, and his colleagues were getting Madeline set up with an account that would complement the money-management lessons her father had shared with her.

“Daddy was bugging me to death about opening a checking account but, finally, going into the branch that day literally saved my life,” Madeline said. “He saw something that we hadn’t noticed before.”

Tests followed. Then a harrowing diagnosis. Thyroid cancer. It had spread to some of her lymph nodes, too.

“When I first heard the word cancer, I was relieved because I knew then why I hadn’t been feeling myself,” Madeline said. “As the days went by, that relief turned to fear, and I knew I had to focus on something to get my mind off what was coming. So, I decided to focus on Madeline’s Mission and help Children’s of Mississippi more than I had before.”

Children’s of Mississippi recently opened the Kathy and Joe Sanderson Tower, providing expanded, state-of-the-art health care in a world-class facility. Regions Bank made a significant contribution in October to the hospital expansion, and so, too, did Madeline’s Mission. Both donations are part of a thankful community working together to enable the hospital to serve more people and save more lives.

“Seeing the community support the expansion Children’s of Mississippi is a testament to the great work the doctors, nurses and entire health care staff do daily to help sick children,” said Robert Leard, Metro Jackson market executive for Regions Bank.

“Madeline King is a shining example of what can be accomplished when everyone works together toward a common goal. We are proud of the work Madeline is doing to help others, and we are proud she is part of the Regions Bank family.”

Madeline’s fund-raising methods have become more modern over time. She sells t-shirts, jewelry and other items on her Facebook page to raise money. The funds provide meal vouchers for families at the hospital who are in need.

“Children’s of Mississippi is extremely grateful for the work Madeline is doing to support our patients and families,” said Jake Donald, major gifts officer for Children’s of Mississippi. “Her compassion for her fellow patients is making a positive impact on their experience while being treated here. Her efforts will continue to encourage children and their families for years to come.”

She’s also donated wagons and walkers for children to move around the facility. While most of her work is used to support Children’s of Mississippi, Madeline has also supported the American Cancer Society and other special projects.

“Many parents don’t leave their child’s hospital room, because many of them are on death’s doorstep,” Owen King said. “One moment away to get a meal is too risky. So, Madeline made a way possible to provide a nutritious meal so families can focus on their sick child. Everything Madeline does is spirit-led, and we couldn’t be prouder of the legacy of service she is creating.” 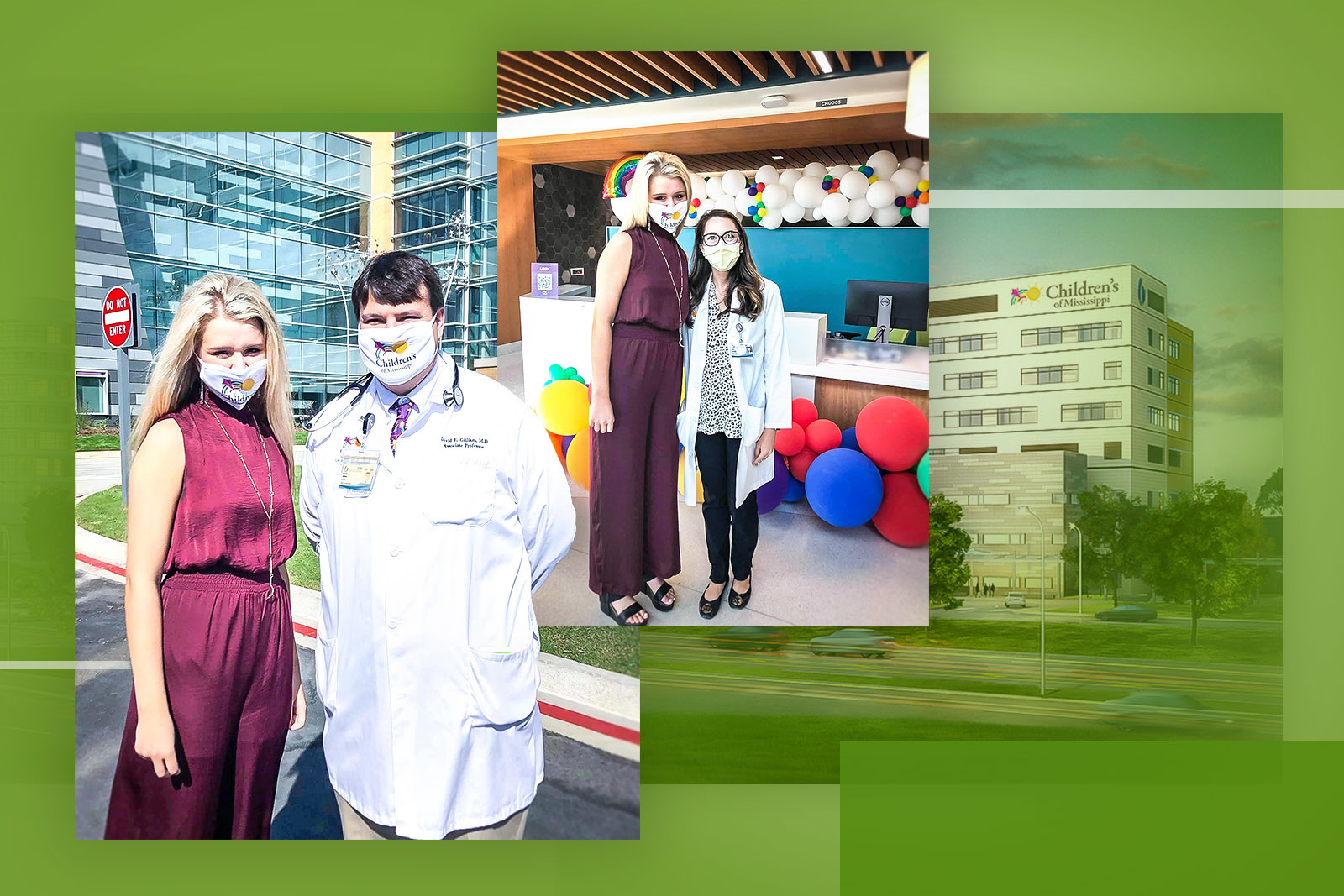 Madeline is paused in her cancer treatment until after the new year. It is part of an effort to let her previous treatments continue to work before moving forward to the next phase of her journey. During this holiday season, she’ll focus on her mission to spread joy and help others.

It’s a lesson her dad hopes everyone can take to heart as they close out a difficult year.

“I think Madeline’s Mission is really to encourage people facing tough times not to give up,” he said. “2020 has been a challenging year for many, but there is joy when we can help make someone else’s day a little better.”