“The World Games are a fascinating and exciting venue for sports. There have been around 3,000 athletes from across the globe traversing across the City of Birmingham and Regions has been a major sponsor for this event,” said Mel Campbell, Regions Corporate Communications senior business partner. “Downtown, near the Birmingham-Jefferson Convention Complex, is where the Regions World Games Plaza is at City Walk. It’s one of the major family-friendly venues for the event and we have had large crowds there all throughout the Games.”

It’s no wonder so many have found their way to The World Games Plaza throughout the event. The Plaza has offered a little bit of something for everyone.

“As a Foundation sponsor, we have been proud to host a fun activation space in The World Games Plaza presented by Regions,” said Mark Senter, Regions Corporate Marketing experiential and sponsorship marketing specialist. “The unique sports of the Games have given us an opportunity to create a few new pieces related to World Games sports such as bow and arrow target shooting, lacrosse ball toss and disc throwing.” 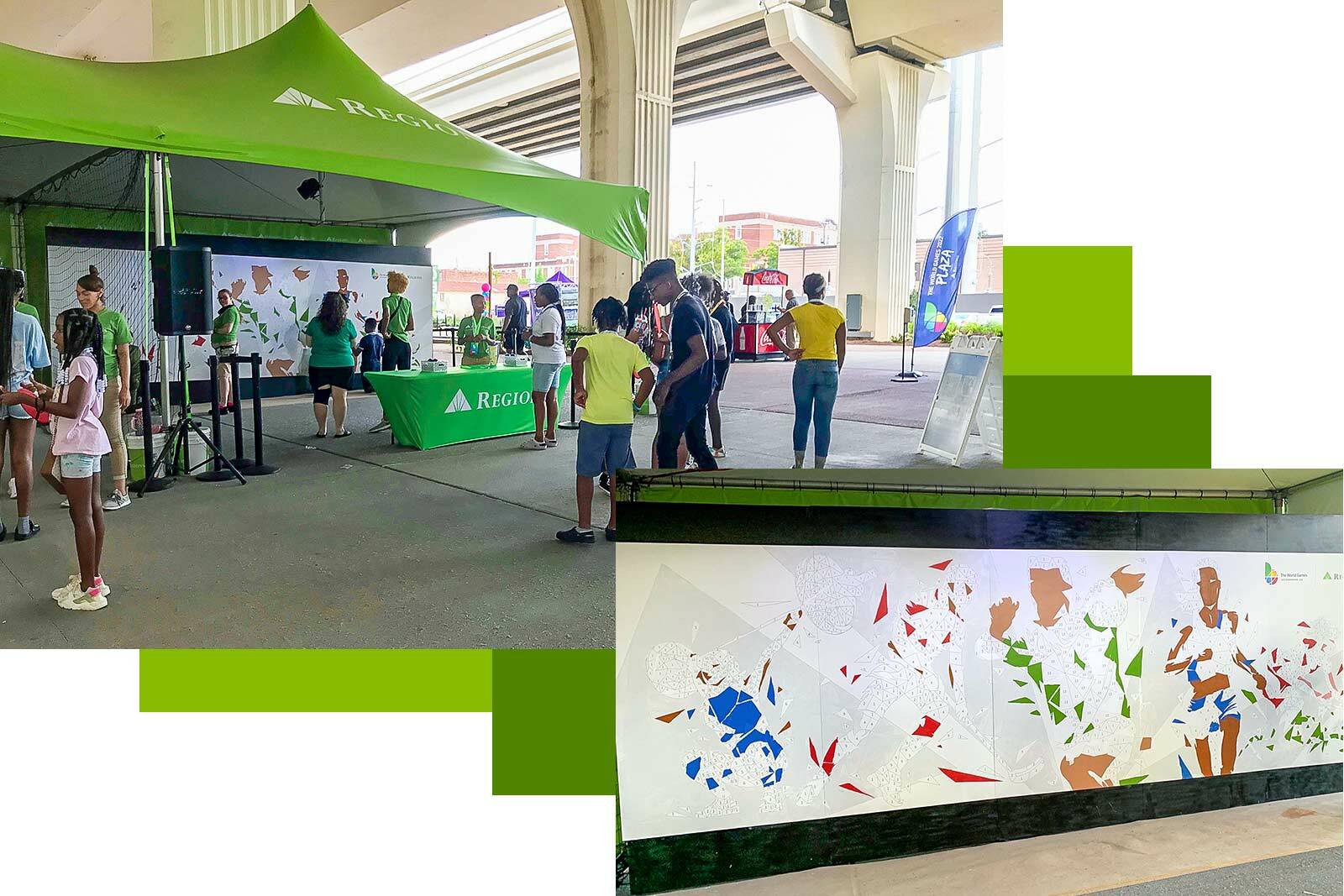 Senter says one of the most impactful parts of the Plaza has been an engaging experience that will have a life beyond The World Games 2022.

“Our interactive diversity, equity and inclusion wall has been a popular piece. The paint by numbers element receives a new color each day that continues to evolve over the course of the Games and will reveal its final look on July 16th,” Senter said. “The art piece will be donated to a community organization to be hung in their facility for posterity after the conclusion of the Games.”

Regions Bank is a Foundation Partner for The 2022 World Games in Birmingham and is headquartered in the city. With more than 6,000 local associates, Regions provides a wide variety of community support through sponsorship, donations and volunteers – including nearly 400 for The World Games.

More from The World Games