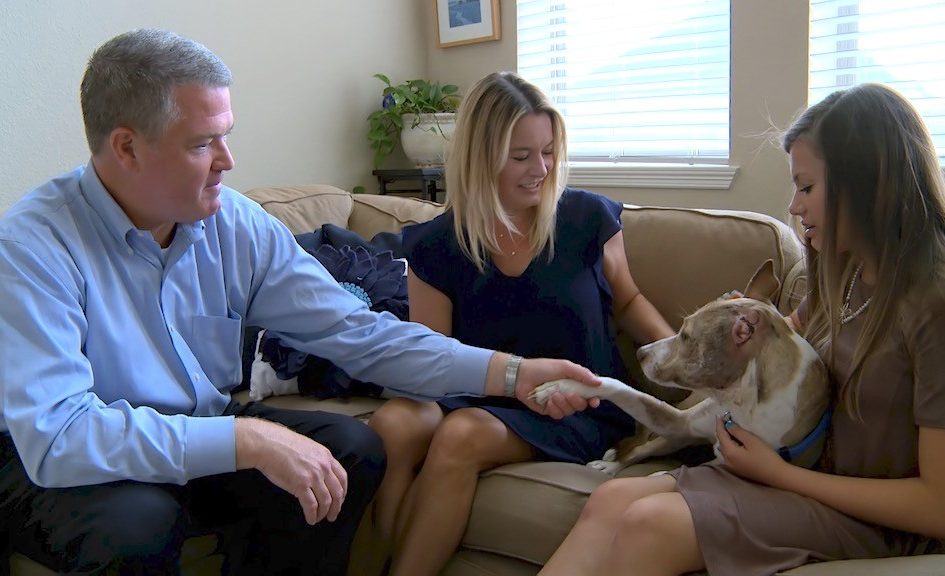 Houston Consumer Bank Manager Dave Leonard, wife Jennifer, daughter Matson and foster dog Sheba, who lost her ear due to abuse. Sheba stayed with the Leonards for three weeks before Rescued Pets Movement found her a forever home in Colorado.

BIRMINGHAM, Ala. – If the Pittsburgh Steelers are playing, it will take something serious to get Dave Leonard away from the TV. One autumn Sunday in 2014, Leonard got the kind of call that changed his day.

And saved a life.

After just a few words over the phone, Leonard was ready to make the 30-minute drive to an animal shelter before the shelter euthanized an abused rescue dog. He set aside his terrible towel – the hallmark of Steeler fans – and hit the road.

“Tiger was badly abused and scared. It took us 45 minutes just to coax him from under a bench in the shelter lobby,” Leonard recalled first meeting the dog. “But within two days of being in our home, he was playing football with us in our yard.”

That experience with Tiger began Leonard’s journey as a rescue foster parent. In the last three years, Leonard, a Consumer Banking Manager for Regions Bank in Houston, has brought more than 50 dogs into his home and nurtured them back to health until they can be adopted.

“We have at least one dog on any given week from RPM. Their mission and the number of dogs they’ve saved is so impressive to us,” said Leonard.

“We pride ourselves in knowing that we’re helping them chip away at a problem. We know we’re not moving mountains, but it’s powerful to know that you’re saving a life and helping to place an animal in a loving home. It’s very rewarding.”

A video about Leonard and his work with rescued animals is available on the Regions Financial YouTube channel. 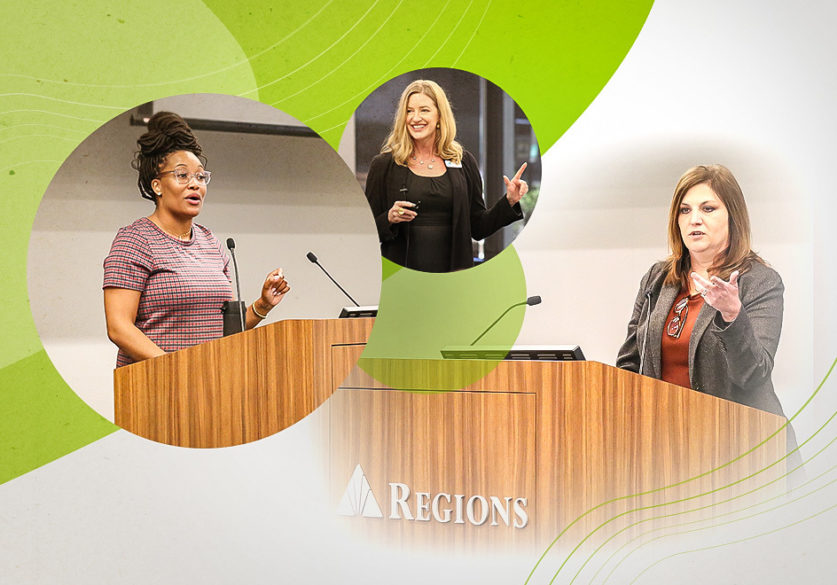 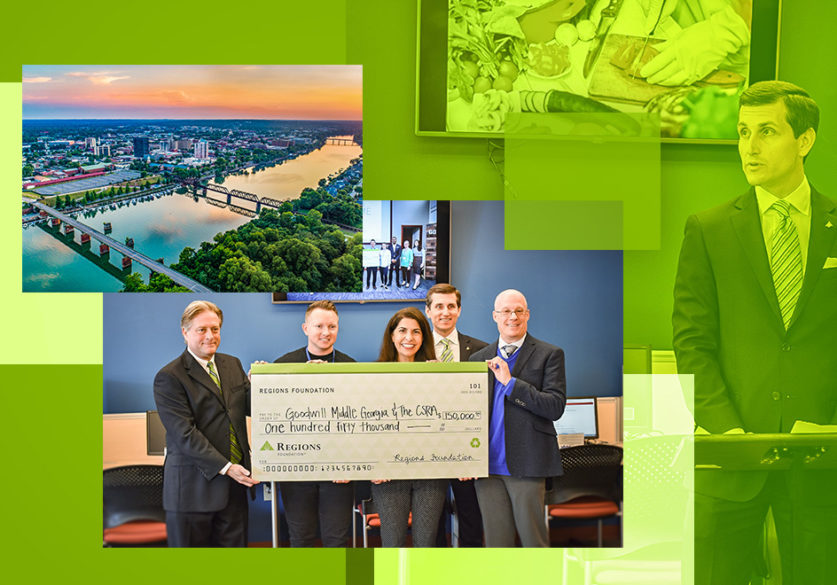