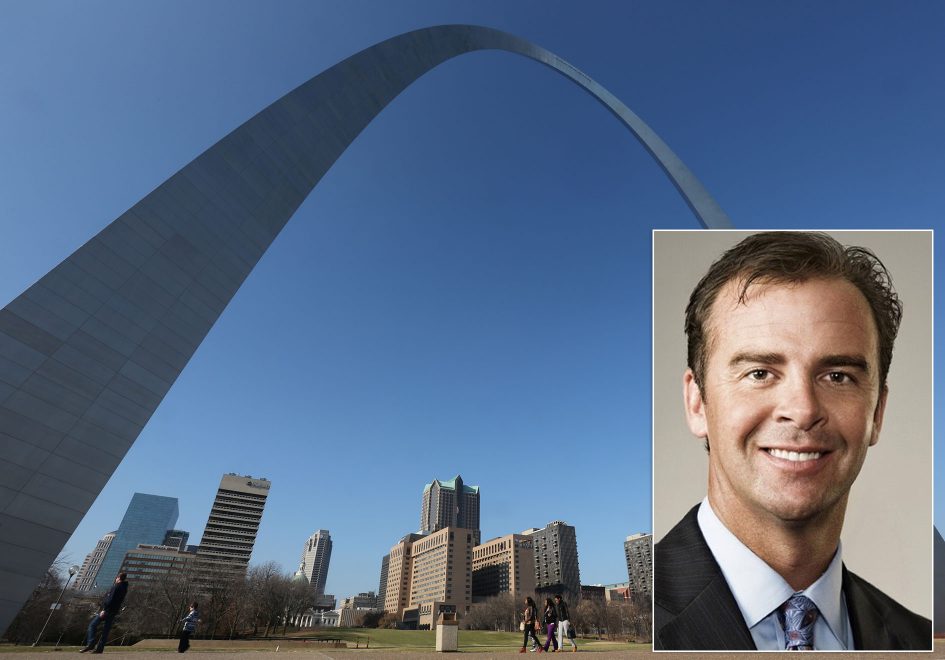 For some, a hockey rink is a sheet of ice enclosed by boards and marked with lines and dots. For Mike Dennis, it was a classroom where his internal drive, competitive spirit and commitment to teamwork first took shape.

Hockey was a Dennis family business. His father was on the founding roster of the St. Louis Blues in the late 1960s and early ‘70s. During his childhood, the Dennis family moved to Denver, New York and other cities before settling in Western Canada as part of his father’s affiliation with professional franchises.

Dennis himself took to the rink at about the age he could walk, eventually earning an athletic scholarship to the University of Illinois while studying economics. He later earned an advanced degree from the Louisiana State University Graduate School of Banking.

From 1994 to 1997, Dennis played professionally in the United States, as well as in Cortina D’Ampezzo in Italy. He was elected team captain by his teammates two times stateside and served as a player assistant coach in Italy. Wearing the captain’s “C” is a role he still considers especially meaningful.

“Leading a team revolves around earning trust and encouraging others to grow,” Dennis said. “I enjoy not only being in the game but also helping develop people, rooting them on and celebrating their success from the sideline.”

Teamwork has been a consistent theme for Dennis throughout his unique career path from hockey to banking. And it will remain his focus as he tackles a new opportunity, leading nearly 150 Regions Bank branch teams throughout the Midwest – from St. Louis to Indianapolis and other communities across America’s Heartland. Dennis was named to the Consumer Banking Executive’s post in December 2018.

His team-first approach is a result of the deep respect he has for his parents, as well as the ethos so prevalent in the game he loves. He inherited these values from his father and other role models, such as National Hockey League legend Bobby Orr. Dennis describes Orr as a “dynamic player, but a team player.”

When asked to reflect on his own playing time and any similarity to bank branches today, Dennis immediately returns to the teamwork concept and what the bank’s Regions360 approach to customer service means to him. Dennis and St. Louis Regions associates celebrate the opening of a Regions branch in January 2019.

“Understanding your customers and surrounding them with people whose skills and approach to service can leave them better than when they arrived,” Dennis summarized. “That’s when you have a true partnership. It’s all about building relationships along the way.”

Dennis began his banking career in 1997 as a branch manager with Regions’ predecessor, AmSouth. He returned to Regions in 2013 following roles in private banking with RBC Bank and PNC Bank. Prior to his move to the Midwest, Dennis served as Consumer Banking Manager for Regions’ South Alabama territory.

He is an eight-time Chairman’s Club award winner during his Regions tenure. Those who work alongside Dennis believe his continued commitment to building the best team yields positive results while bringing out the talents of others.

“Mike’s leadership style blends his inherent competitive focus with his even more inherent sense of teamwork,” said Michelle Walters, Regional Consumer Banking Executive. “He demonstrates a balance of following our process with the desire to learn about his team members as individuals. Mike elevates our associates by leveraging their unique strengths.”

From hockey to banking, Dennis has always kept his eye laser focused on the goal. And while the goal looks very different than it did 25 years ago, Dennis’ internal drive remains the same.

“I still see the value in striving to achieve a goal,” he said. “It’s just that, now, my goals are our customers’ goals.”

He’s also focused on consistently helping Regions associates grow in their roles, while maintaining a clear focus on delivering the right results. Dennis believes a positive customer experience is enhanced by a strong team atmosphere within every location. That’s why you’ll see him across the Midwest working with local teams and reiterating Regions’ core values, including “Put people first” and “Focus on your customer.”

Outside of banking, Dennis enjoys quality time with his team at home. He and his wife, Stacey, a Registered Nurse, celebrated 19 years of marriage last summer. Daughter Alyssa, 15, and son Aiden, 12, are both involved in swimming.

The family also makes it a priority to catch Aiden’s travel baseball games, a personal goal especially enjoyable and meaningful to Dennis – and one that fulfills another of Regions’ core values – “Enjoy life.” Regions is growing in key Midwest areas with new and renovated branches built to meet the needs of today’s consumers. Pictured is a new Regions location serving O’Fallon, Mo. 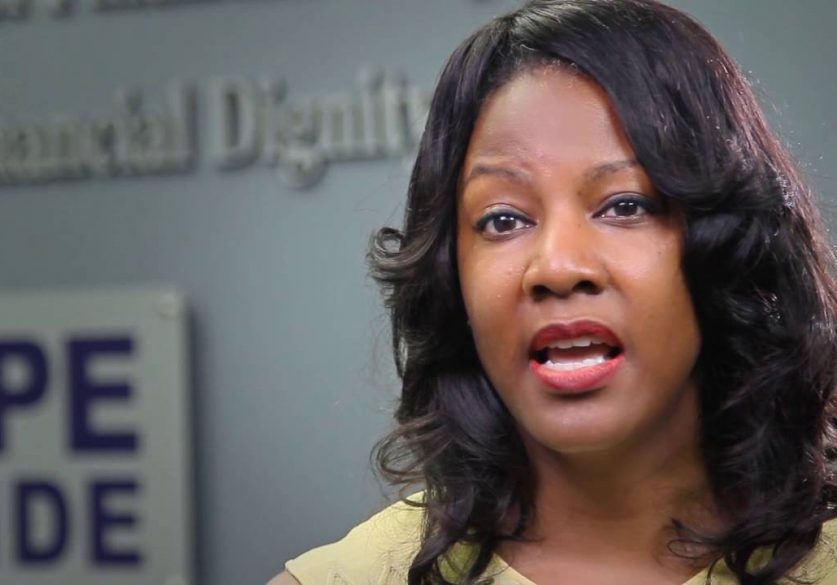 Doing More in St. Louis: Teaming Up to Provide Better Financial Futures for the Under-Banked

Regions, HOPE Inside and the Urban League work in tandem to provide education, access and better outcomes. 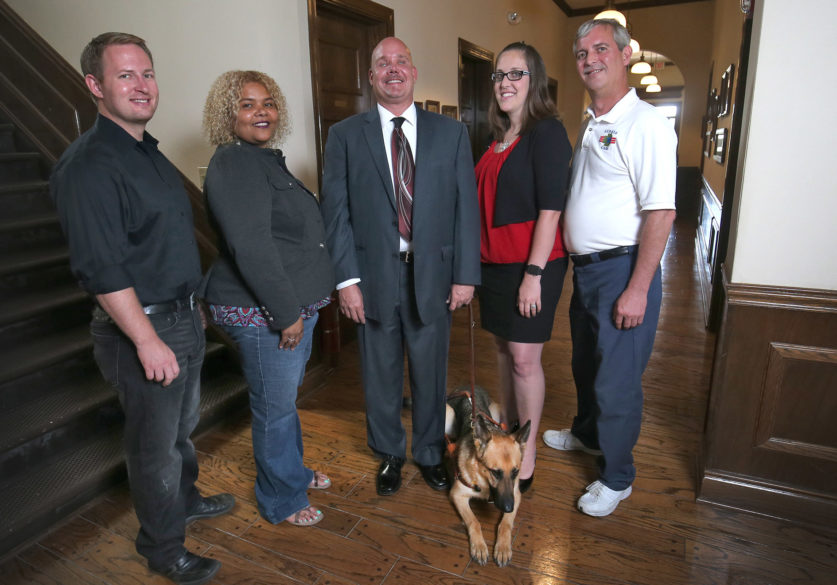 Doing More for Veterans: H.E.R.O.E.S. Care Provides Protection for Those Who Protect Us

The young soldier was back home, after five deployments in combat zones from Kosovo to Iraq to Afghanistan. His life seemed shattered. 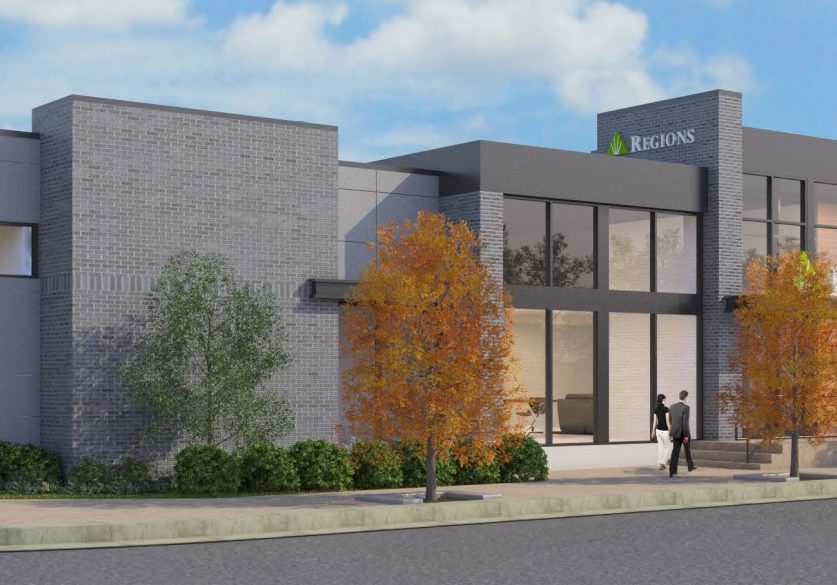