Nyela Dixon, age 13, had a vision for a mural that would complement similar artwork in downtown Birmingham. With help from her father and sister, Dixon’s mural along Third Avenue North was created in less than two weeks.

History was unfolding, and Eric Dixon wanted his teenage daughters to share the experience.

So he drove the family to downtown Birmingham to show them the impact art is having in the aftermath of local protests and unrest following the killing of George Floyd in Minneapolis.

“I wanted them to see the Black Lives Matter street mural, as well as the other artwork,” Dixon explained. “I wanted them to witness what was going on. I wanted them to understand the impact the current environment is having and will have on our community and on them.”

Seeing an opportunity to share her own reflections, Dixon’s 13-year-old daughter, Nyela, formed an idea.

I want people to know that even though we are in dark times, they are not alone.
Nyela Dixon

A budding middle-school artist in Tuscaloosa who aspires to attend the Alabama School of Fine Arts, Nyela submitted a proposal to a Facebook group called BHAM Cleanup. Within a week, she had calls from businesses giving her the green light.

That’s when the hard work began.

Nyela has only been serious about art for three or four years. She had to take a sketchbook drawing and convert it to the size of a window – 11 feet by 7 feet. But she had a gung-ho crew – her dad and older sister, Iyana. 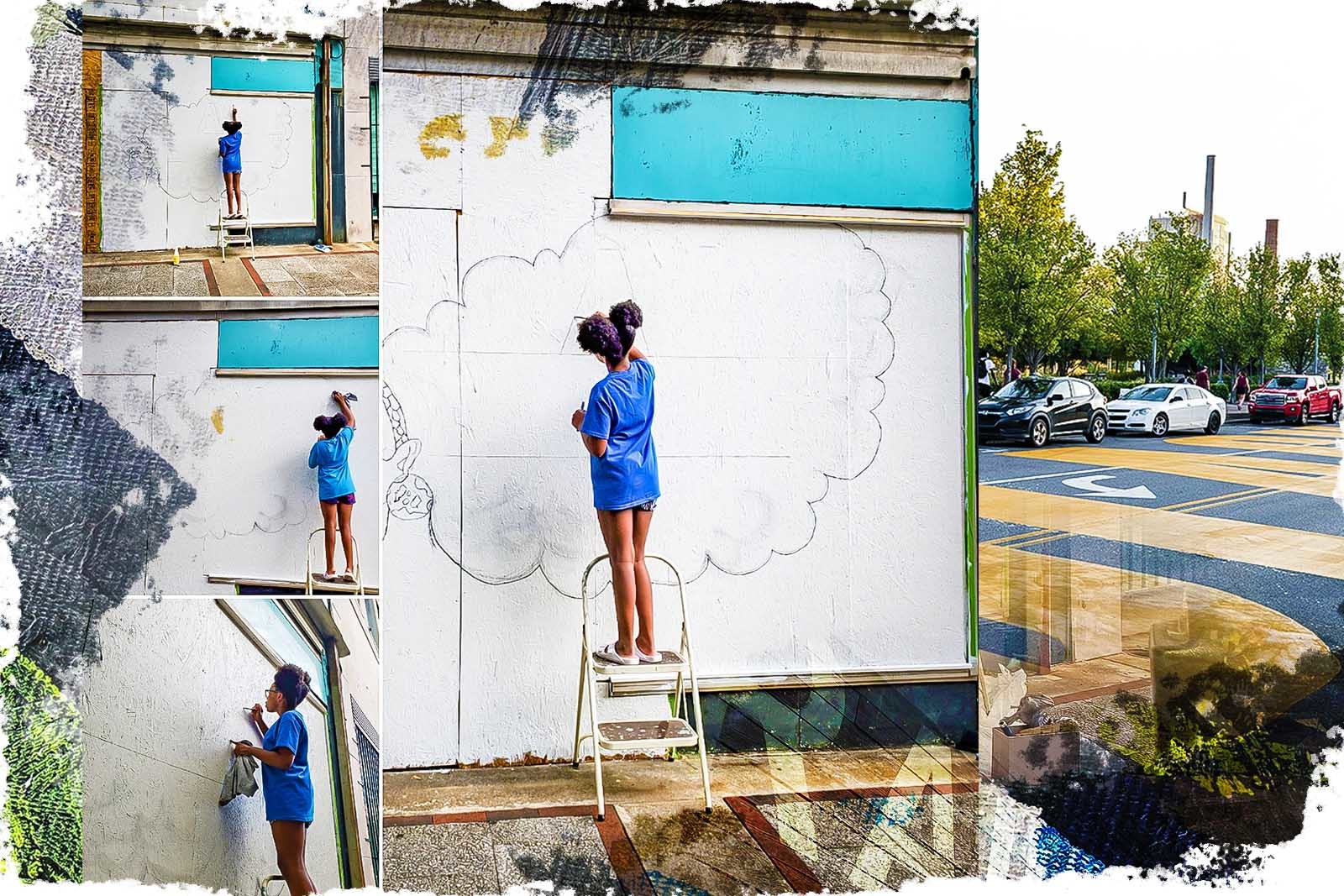 Each night, after Eric Dixon finished his tasks as a business systems analyst for Regions Bank, they drove an hour from Tuscaloosa to Birmingham’s downtown. Beginning with a charcoal sketch, they spent hours priming, sketching and painting.

Perhaps no one had a more difficult task than Iyana. She would make the nightly trip, focusing her love of art toward the creation, then return to Tuscaloosa for a 10 p.m. – 7 a.m. shift at work.

“We got bossed around by Nyela,” Eric Dixon laughed. “She was the mastermind. But Iyana, who loves art as well, helped Nyela develop ideas for the detail work.” 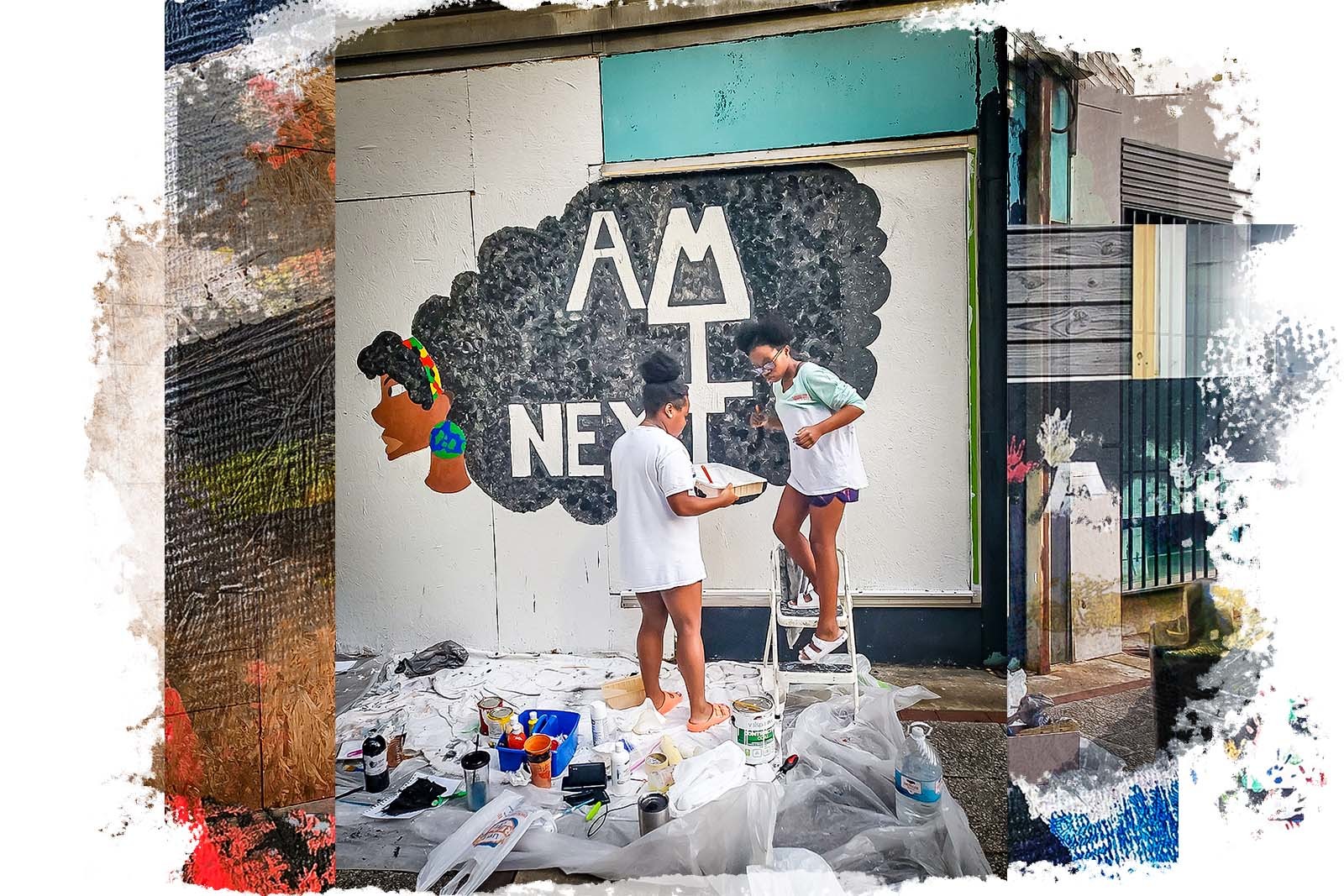 After a painstaking start, the mural began taking shape. In less than two weeks, an idea had been transformed into a compelling expression of Nyela’s vision.

The work shows an African American girl with flowing hair and a stark message in bold lettering:

“Considering everything going on in the world, I wanted my painting to be personal,” Nyela explained. “It’s a scary time. And I think everyone, in the back of their mind, has thought about it – ‘Am I Next?’ If I can tell people how I feel, maybe there are others who feel the same way.” 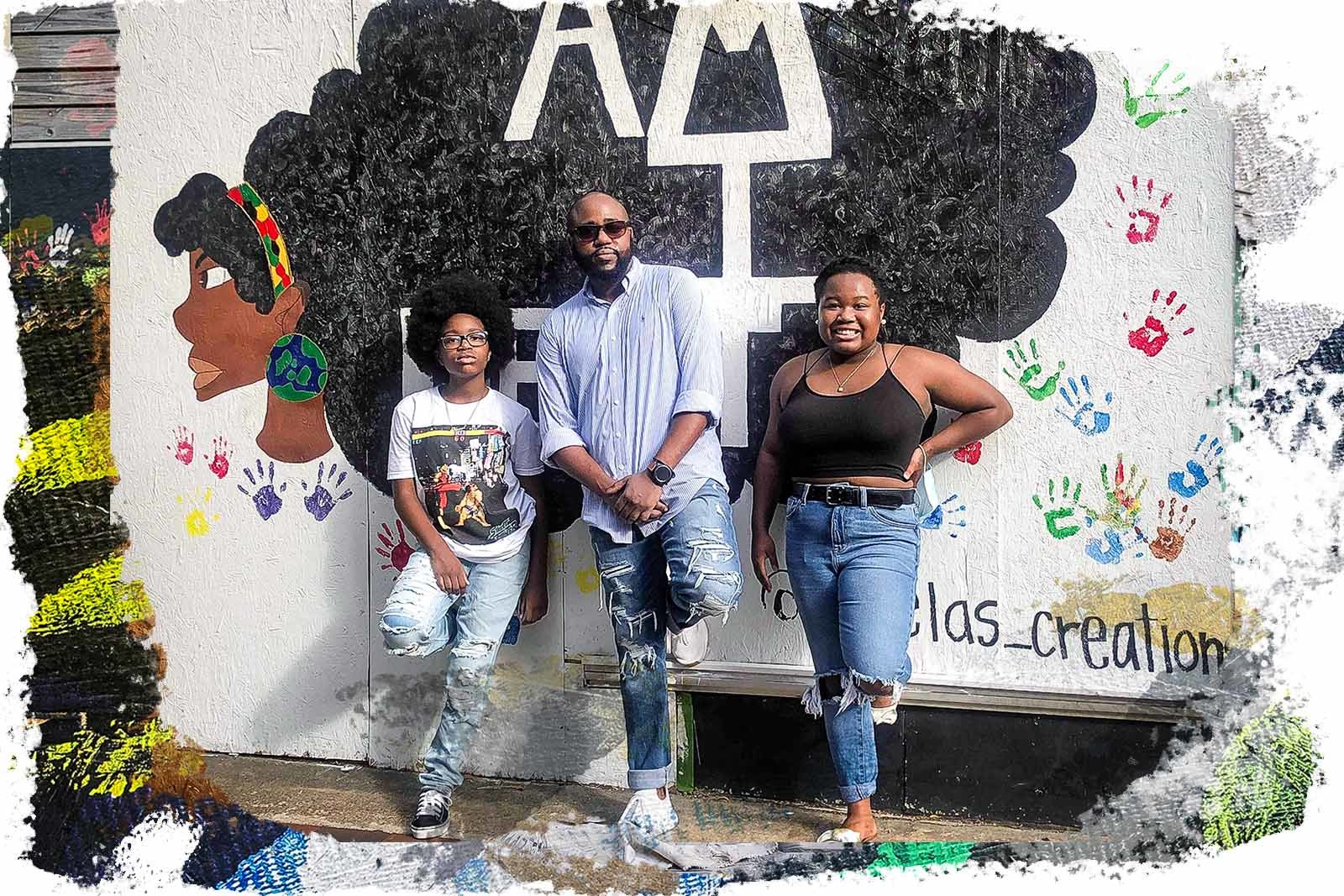 Nyela’s purpose is to call attention to what Black youth feel. It’s a shared experience that encompasses generations of African Americans over decades.

“I want people to know that even though we are in dark times, they are not alone,” Nyela said. “It may take a while, but it will hopefully get better.”

“Being Black in America is a different life experience,” Eric Dixon said. “We have a different perspective. We talk about this often within our community. Yes, we have fears that many Americans who are not Black will never fully understand. We shouldn’t be scared to be pulled over for a routine traffic stop. But the truth is, it’s different. It’s not unusual to be followed around a store or followed by a police car for no apparent reason. This is our reality.”

At a regular “team huddle” for Regions associates, Dixon’s story and Nyela’s art were shared by Denise Canfield, head of Consumer Solutions Support and Delivery for Regions. The story left such an impression that, within minutes, colleagues were sharing the photos of Nyela’s creation with coworkers.

“Nyela’s art is inspirational and breathtaking,” said Amy Hester, a member of Canfield’s team at work. “But it made me think because it makes my heart hurt. I don’t want anyone to feel, ‘Am I Next?’ No one should ever feel that way. So, my answer to Nyela was, ‘No, baby girl. You aren’t next. We won’t let it happen.’ We can only do that by ending division and by loving one another. We are all created the same. We are all God’s artwork.”

A powerful work of art.

A message that resonates.

“You can create change among close friends and family, but as long as human nature is involved, there won’t be true change unless the issues are more visible, and people aren’t afraid to have the hard conversations needed,” Eric Dixon said. “Her artwork brings visibility and sparks conversation. You can feel that this is a different time, and some level of change is in the air.”