White, the head of Corporate Security for Regions Bank, took a short break from the Regions Tradition to participate in a prostate cancer screening. The free prostate-specific antigen (PSA) tests for men over 40 were provided by the Mike Slive Foundation.

“This was extremely easy,” White said. “I go to my doctor every six months for a checkup, but they made this an incredibly simple experience.”

The foundation was the brainchild of former SEC Commissioner (and college sports powerbroker) Mike Slive, who co-founded the nonprofit after his own diagnosis with prostate cancer. His legacy lives on as the Mike Slive Foundation is now a leader in research to fight the disease.

“Part of our mission is to educate and raise awareness,” said Anna Slive Harwood, executive director of the Birmingham, Alabama-based nonprofit. “The more we can alert men to early detection through early tests the more lives we will save.”

According to the Mike Slive Foundation, awareness needs to increase because:

In addition, men whose relatives had prostate cancer are twice as likely to be diagnosed, Slive Harwood said.

By making free screenings available at the Tradition in a tent set up next to the driving range, Slive Harwood hopes that spectators at the PGA TOUR Champions major will take a moment to safeguard their long-term health.

“For our foundation and board, this is where the rubber meets the road,” Slive Harwood said. “We’re giving Regions Tradition fans an opportunity to take a simple blood test for one of the most treatable diseases – if caught early enough.” 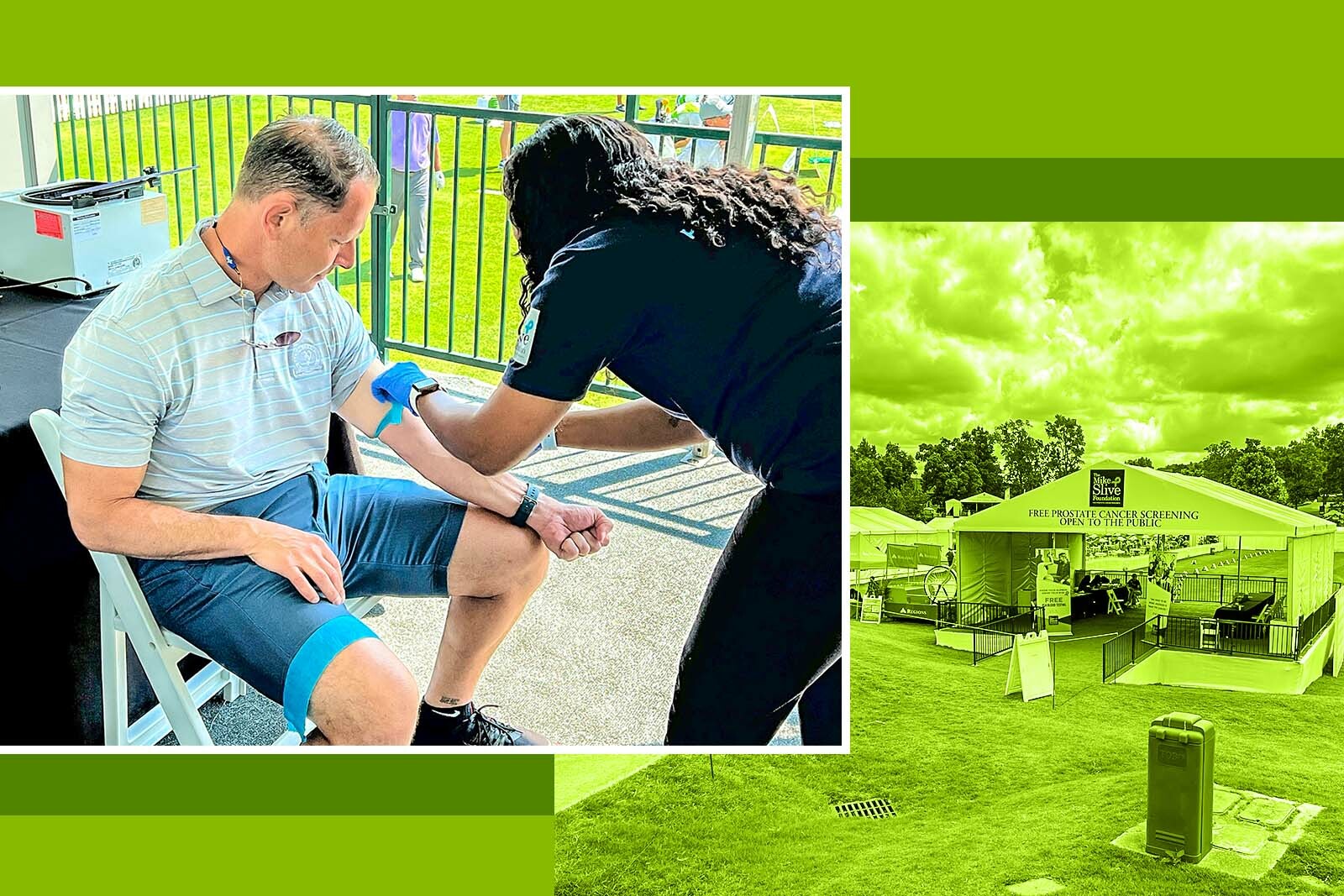 Mark Senter, a member of the Regions Corporate Marketing team, took a few minutes to get the screening. A former kicker at the University of Southern California, he welcomed the chance to get a read on his health while taking in the third round of the Champions Tour major.

“It took five minutes, tops,” Senter said. “I’m 51. I want to stay on top of my health, and I’m not scared to do that. This screening helps me with that.”

On the Air: Regions Business Radio Expands to New Markets