That eerie noise was exactly as it’s described.

“What they say about the train sound is true,” said Weaver describing the deadly tornado that struck North Nashville in the early morning hours of March 3, 2020. “A train, and then pure silence. It was completely silent.”

The twister carved a 100-mile destructive swath straight through the heart of Middle Tennessee. Shelley and Ryan Weaver’s home was one of many in its path. The couple awoke just in time to seek shelter.

“We went to bed on a Tuesday night, woke up, and Ryan said we had to get out of there,” recalled Shelley. “We made it two steps out of bed before a tree came through the roof of our bedroom.”

The couple sought safety in separate closets because their dogs don’t get along. Then, they braced for impact.

“I didn’t know a window could explode like that,” said Shelley. “I’ve never feared that much for my life. You have no control.”

It’s after those moments of no control that Catholic Charities of Tennessee is there to help.

“There were so many blue tarps on our community members’ homes,” said Alisha Haddock, community-based services director with Catholic Charities. “People had severe damage, with walls falling in, moisture, and it was cold. All of these things on top of a global pandemic created a traumatic experience for so many of our neighbors.” 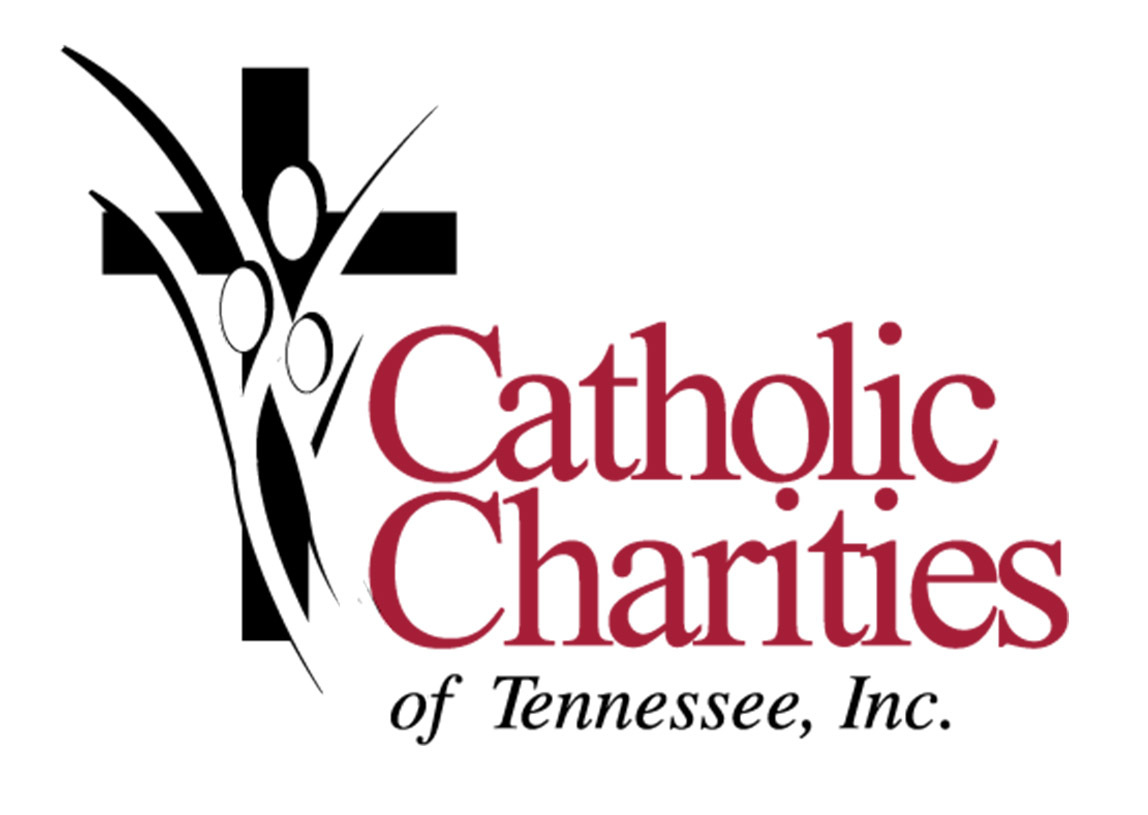 Regions Bank and the Regions Foundation were there to help lift the heavy burden community members were feeling in several ways. The Regions Foundation, a nonprofit initiative funded primarily by the bank, delivered $150,000 in grants for tornado relief and recovery to several community partners, including United Way Greater Nashville. Catholic Charities received support from the United Way grant.

Bank associates also volunteered their time through community cleanups. Lee Blank was among them.

“Our team members immediately stepped up to help,” said Blank, market executive for Regions Bank in Nashville. “Helping our neighbors in their time of greatest need is what we do – in Nashville, and at Regions.”

After the tornado roared through their subdivision, the Weavers went door to door to make sure their neighbors were safe. Upon learning they were, they packed a bag of necessities and stayed in a friend’s basement overnight.

“We came back the next day and started processing,” said Shelley.

The light of day revealed the extent of the damage. Three trees had struck their home, fence and Ryan’s truck. The challenges that followed seemed endless – waiting a week for the insurance inspection, having no electricity for three weeks. The Weavers learned most hotels wouldn’t accept guests with three large dogs. They also learned contractors wouldn’t touch their roof unless they completely replaced it. Insurance denied their roofing claim given the house was just two years old.

Unsure where to turn, Shelley found a resource from an unexpected place: t-shirts being sold to raise funds for tornado survivors. On the t-shirt was Catholic Charities of Tennessee. Weaver reached out to learn more.

“When I called Catholic Charities, I talked to the sweetest, most heartfelt person I’ve ever talked to in my life,” said Weaver.

And the compassion and support only continued when the Weavers met J.C. Bernard, a construction consultant with Catholic Charities.

The work then began to put back the pieces of what had been torn apart in mere seconds.

“J.C. worked with the contractors,” said Weaver. “I didn’t know what to expect. They showed up, and they didn’t stop showing up. They made everything whole again.”

It’s what Catholic Charities does.

“We look at recovery holistically,” said Haddock. “This is about getting people back to pre-disaster … and even better. Because for some, pre-disaster wasn’t really a great place for them. Setting them up, giving them breathing room, doing things that needed to be done.”

J.C. is grateful that philanthropic partners recognize the value of their work.

“With support from partners like the Regions Foundation, Catholic Charities can provide support in times of such great need to help prop up our community and place our neighbors in a position where they can recover, restore themselves and get back to living life and thriving,” said Bernard. “That support helps us stay ready to serve the community when troubling times come and our community needs us most.”

Helping our neighbors in their time of greatest need is what we do – in Nashville, and at Regions.
Lee Blank, market executive for Regions Bank in Nashville

One year after that frightening night, recovery efforts are still underway for many North Nashville residents. Extended construction delays have occurred due to COVID-19.  Thankfully, the Weavers are back to living life and thriving. They are also grateful for a roof and fence that are as good as new. Catholic Charities provided $17,000 to help cover the repairs. But what they really provided was priceless.

“Ryan and I felt so alone at the beginning of this process,” said Shelley. “Catholic Charities offered us comfort. They told us, ‘We have you, you’re not alone.’ It’s incredible what they’ve done. I owe anything and everything to them for the comfort they gave us.”

Support from Catholic Charities and the couple’s friends offered Shelley a valuable reminder.

“It’s OK to ask for help and to allow someone to be there for you,” she said. “To reach out your hand and ask. It’s OK to be vulnerable.”

J.C. still regularly checks in on the Weavers.

What began as nature’s destructive wrath has left a lasting sense of strength and resolve.

“2020 was an interesting year,” said Shelley. “Looking back at the tornado, it’s part of who we are and what shaped us. Nashville will come back really strong. We’ll get through. We’re going to be OK. That’s one thing the tornado taught me.”

When the March 2020 tornado struck North Nashville, the Regions Bank branch at 1200 Rosa L. Parks Blvd. sustained heavy damage. Regions immediately deployed its full-service portable branch facility to the site to minimize banking disruption to customers. Team members have continued serving customers since that time. Plans to rebuild a branch offering enhanced technology features at the site have been announced.