She recalls the depths of disappointment a relapse would bring after months, even years, of not having a drink. She recalls the hurt her alcohol abuse caused her family. But, most importantly, she recalls the day in 2013 when she walked into Cenikor Foundation in Deer Park, Texas, seeking help.

“I realized I drank differently than other people,” said Reaves. “When I would go out with friends, my intention would be to have two drinks. I would think to myself, ‘Why is it my friends can do that, and I need a ride home?’”

Reaves’ profession put temptation right in front of her. Earlier in her career, she was a bartender. Later, she was promoted to a management role in the hospitality industry and began earning a college degree. She was single and raising a young daughter.

Things were going well. Until they weren’t.

“You forget the pain of the last drink,” she said.

Reaves had gone to Cenikor years earlier to seek treatment. She wasn’t ready that time.

This time, she was. She had lost her job and risked losing her family, which had grown to include a grandson.

“My child will not love you the way I love you and watch you drink.” The words from Reaves’s now-adult daughter, Ashley, cut to the core.

Kimberly Reaves feared losing what little she had left. 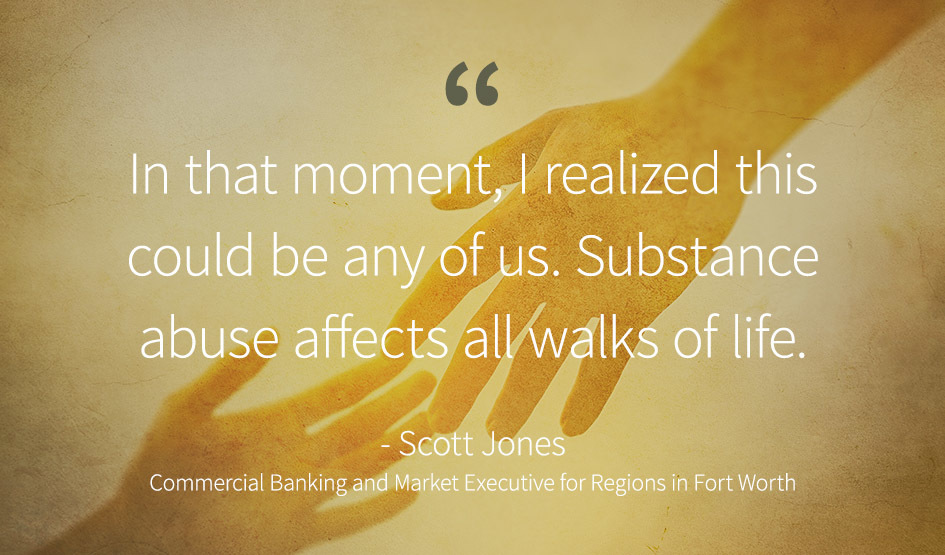 Scott Jones was introduced to Cenikor Foundation nearly 20 years ago through the daughter of a family friend facing similar despair. Things seemed incredibly bleak for the young woman, living in her car at the time and telling her parents, “I’m going to die.”

Instead, she entered – and successfully completed – treatment. For Jones, witnessing the young woman’s graduation from Cenikor was a life-changing experience.

“In that moment, I realized this could be any of us,” he recalled. “Substance abuse affects all walks of life.”

Jones, a Commercial Banking and Market Executive for Regions in Fort Worth, started volunteering with Cenikor immediately after the graduation, joining the nonprofit’s Fort Worth Advisory Board 18 years ago. In 2019, he was named to Cenikor’s national board of directors.

As part of his involvement, Jones leads Cenikor’s sporting clay fundraiser, sponsored by Regions. Cenikor honored Regions as its 2018 Fort Worth Philanthropist of the Year, recognizing the company’s support.

Established in 1967, Cenikor Foundation provides both inpatient and outpatient services. Adolescents and adults can find short-term and long-term options depending on individual needs. The nonprofit has 13 locations in Texas and Louisiana. The Fort Worth location houses an average of nearly 200 people.

For Kimberly Reaves, who entered Cenikor in 2013, long-term treatment options were best. Residencies typically last between 18 to 24 months and include a host of wraparound services, including healthcare, counseling support, education resources and pre-employment programs.

St. Clair has been volunteering at Cenikor for nearly a decade. For her, it represents far more than talking about savings accounts.

“This is about building relationships and helping people gain a new lease on life” said St. Clair. “When we visit Cenikor, we see the eyes of program participants light up. They greet us by name and even clap.”

“This is a great group,” said Fuller. “They have loads of questions. And it’s rewarding for us to be a part of helping people instill good habits around their finances.”

Reaves recalls the value of those financial workshops.

“I was late paying bills and discovered I had debt that I didn’t even know about,” she said. “The sessions helped me clean up my credit and plan for the future.” 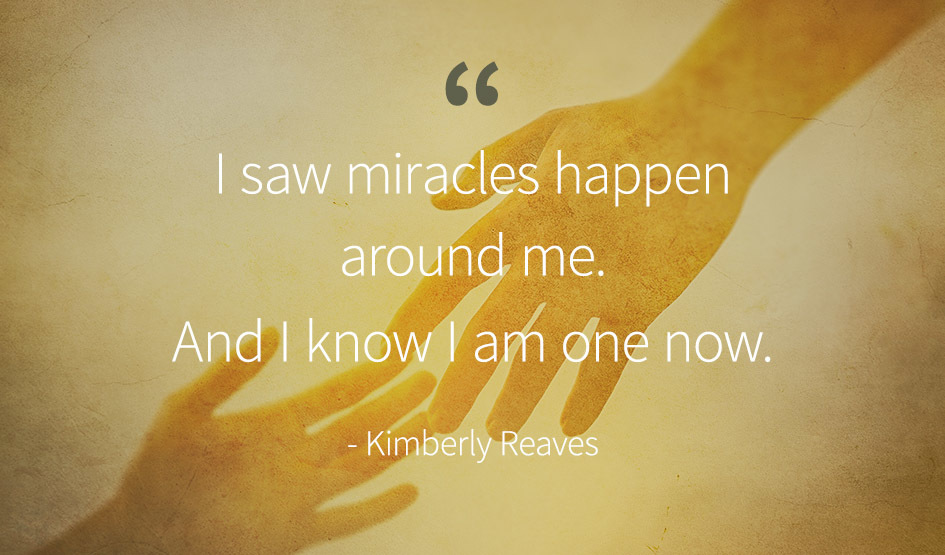 After graduating from Cenikor in 2014, Reaves’ future has included transitioning to become a member of the nonprofit’s staff. Today, she serves as a senior manager at the Fort Worth facility. In this role, she’s able to relate to the challenges that current Cenikor clients face. It’s a unique opportunity not lost on Reaves.

“I am profoundly grateful,” said Reaves. “I get to be around people and help them. We cannot write people off. We have to give them opportunities where they see and have hope.”

Reaves has also repaired her relationship with her daughter, Ashley, and regularly spends time with her three grandchildren.

“Cenikor taught me how to let her heal,” Reaves said of her daughter.

Others may have doubted Reaves’ chances, but she remains optimistic about Cenikor’s residents – and her own future.

“I saw miracles happen around me. And I know I am one now.”

Above and Beyond: Distance Learning – and Growing

Above and Beyond: Supply Chain Heroes

Above and Beyond: Using High Tech and New Solutions to Protect the Vulnerable