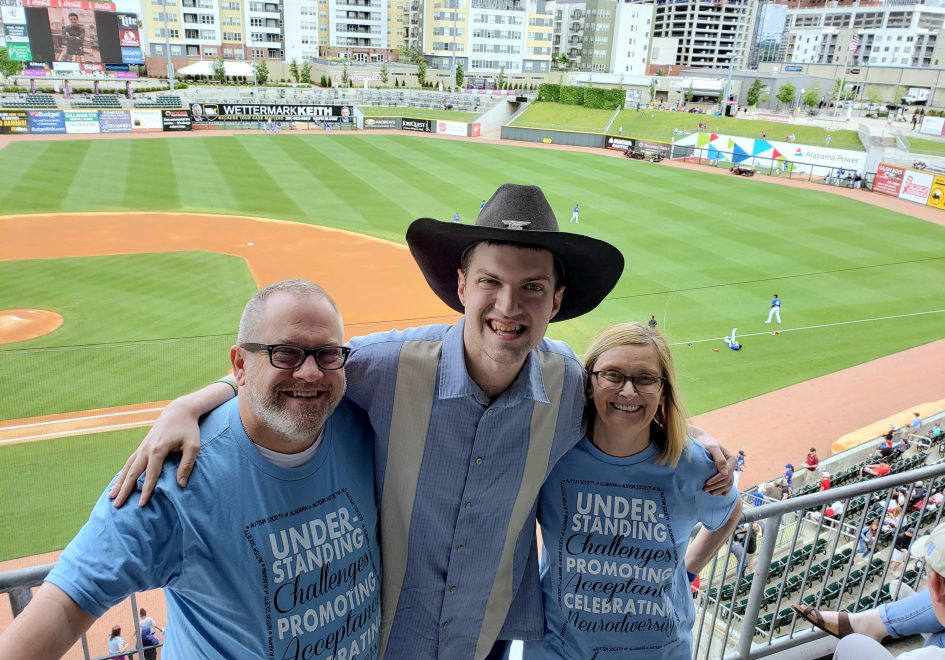 The normal thumping of bass that accompanies batting practice has given way to what’s akin to background music. Call it Regions Field Muzak. And that’s just fine with Sam Dowling.

The 28-year-old quietly takes in his first game with the Birmingham Barons, and the minor-league baseball club has thought of practically everything to make it accommodating for Sam and the scores of others attending the Autism Friendly Barons Game.

The result is an environment that’s easier to take in: less loud music and sound effects. Even announcements over the public address system are at a moderate volume. While autism-friendly games are becoming more common in professional sports, the Barons are at the forefront. They talk about their environment at league meetings and entertain other teams looking to see how it’s done.

“We’re constantly working with all the organizations in town, as the community continues to evolve, finding ways to help,” said Jonathan Nelson, Barons president and general manager. “With Regions making branches more autism friendly, we saw an opportunity to make it more welcoming and safer for children and their families.”

Sam, of course, is no child. He’s a 2012 graduate of the University of Alabama Crossing Points Program, a transition program for people with disabilities, and works as a staff assistant at UA’s Department of Communicative Disorders – the same place where he was diagnosed more than a quarter of a century ago.

Suzanne and Rick Dowling are major reasons why those with autism have more access to help.

“Suzanne is a tremendous warrior mom,” said Rick, “and such a fantastic advocate for Sam and others. She’s a force of nature.”

The state’s leadership agrees. The governor appointed Suzanne as a parent representative on the Alabama Interagency Autism Coordinating Council in 2017. She has also been recognized with a CARES (Commitment to Autism Research, Education and Service) Award by the Alabama Autism Conference.

“We had to make this happen,” Suzanne explained. “It’s getting better, but it’s still a struggle. When you have autism, you’re on your own – from cradle to grave.”

More than 17 groups sponsor the annual baseball event, ranging from local hospitals to nonprofits that help children and their families transition from diagnosis to adulthood.

Regions’ Kathy Lovell was all smiles after throwing out the ceremonial first pitch.

“We are here today to promote autism awareness, as well as make people aware of Regions’ commitment to providing an autism friendly environment where we work,” said Lovell, who threw out the ceremonial first pitch.

While the Dowlings charted their own course, Sam likewise made his own way. In middle school, he overcame bullying by joining the football team as a manager. After a growth leap, he joined the roster as a defensive end and got to see game time.

He continues to support his alma mater, as well as other schools in Tuscaloosa. “We call it Sam’s posse,” Rick explained. “Once he’s in your posse, you’ve got his 100 percent support.”

Sam has enjoyed NASCAR races and baseball games at Fenway Park. He loves military service, and what service members stand for. His favorite sporting event? The Army-Navy game, where he saw the pregame march of the cadets, the impressive flyover and college football’s most distinguished rivalry in person. He even got a salute – and returned one – from one of the dignitaries attending the game, the late Sen. John McCain.

“We call him Sam Gump,” Suzanne said, alluding to Winston Groom’s famous character played on film by Tom Hanks in Forrest Gump, “because good things happen to him.”

That’s why opportunities, like the Autism Friendly Barons Game, are important for so many families. There is only one Sam Dowling, but there are plenty of young people making their way in similar fashion.

“Our plan is part of what we try to do every day at Regions Field: Research and satisfy the needs of our community and the unique needs of all of our groups,” the Barons’ Nelson said. “Here, we want to give a reason for people to come back. Today, for example, is quieter. We’ve created safe places should children or families need them.”

And while they’ve thought of practically everything so far, there is likely room to do more.

“The most important thing is to get feedback from these organizations, whether it’s the Autism Society of Alabama, Glenwood or any of these other great groups,” Nelson added. “That’s the only way we can improve on what we have.” 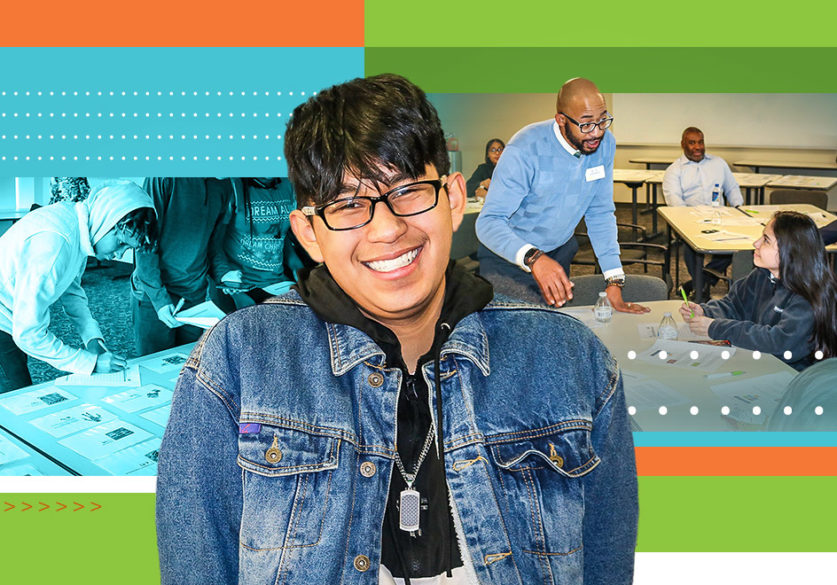 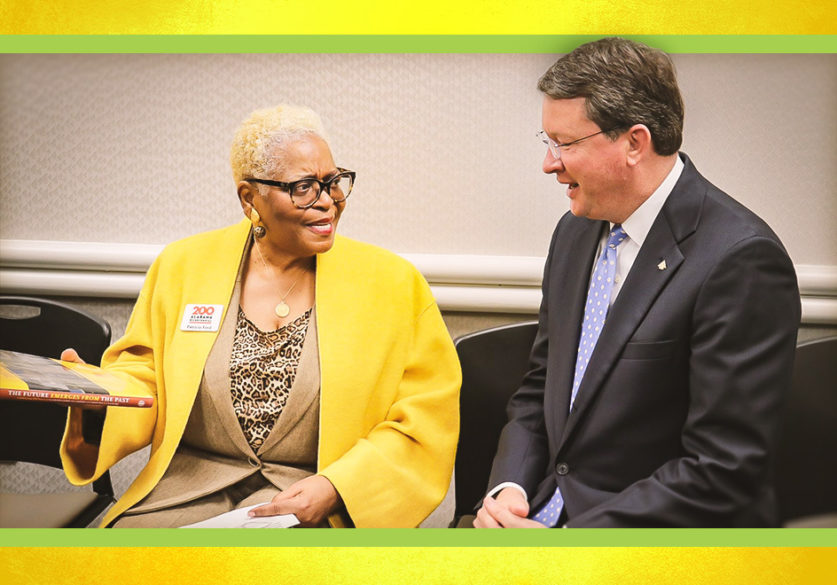 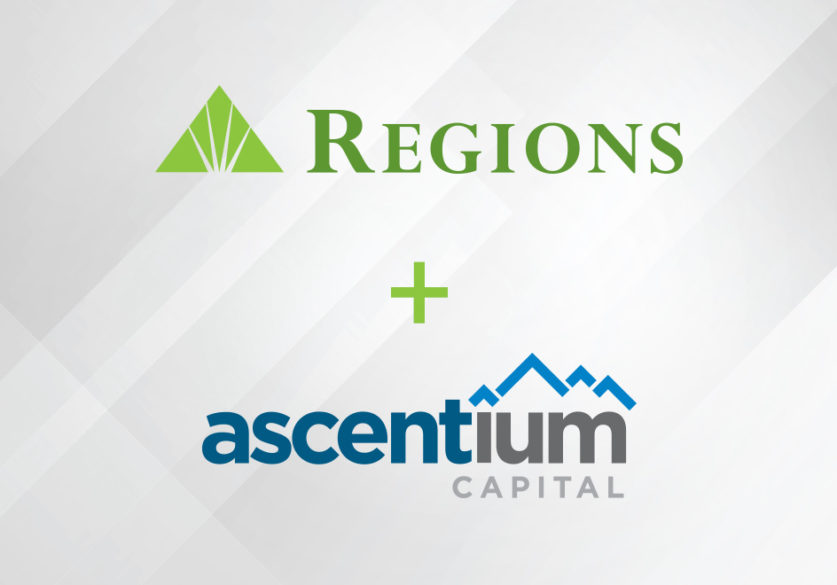 Transaction expected to close in second quarter of 2020.