“I thought, ‘This must be Mom,’” said Loretta Williams Gurnell.

That’s because three years earlier – to the day – Williams Gurnell’s mother had passed away. But on this day, Williams Gurnell was officially launching the SUPERGirls SHINE Foundation, a metro Houston nonprofit connecting underserved girls ages 10 to 17 with Science, Technology, Engineering and Math (STEM) opportunities.

“Everything we do in science and math is a stepping stone to something else we do to problem-solve,” explained Williams Gurnell. “It’s foundational. I can’t build a house unless I have a solid foundation.”

And you can’t build a thriving nonprofit or small business without a solid foundation, either. Williams Gurnell had made a lot of progress. Then came an assist from a free program Regions Bank brought back to Houston.

Lessons learned during the program are not just foundational – but transformational.

It’s called Inner City Capital Connections (ICCC) – a high-impact, tuition-free gathering where nationally recognized educators teach and counsel business owners and nonprofits. With ICCC’s roots stemming from the Harvard Business School, the quality of the training is second to none. It’s an outreach of the Initiative for a Competitive Inner City (ICIC), which has worked with Regions since 2014 to support ICCC programs in Indianapolis, St. Louis, Atlanta, Tampa and the first Houston session in 2021, among others.

Williams Gurnell’s path to small-business ownership took several turns, including homeschooling her two children, where she realized she had a passion for bringing subjects like science and math to life.

“Science and math are brother and sister,” she explained. “I’m a nerd, and I love it. My youngest dude will say, ‘My mom is the best science teacher I’ve ever had.’”

After her children became school-aged, Williams Gurnell took her passion into the classroom, teaching STEM courses at a public school.

There, she made three discoveries:

Meaning it was time to make the leap and start SUPERGirls SHINE Foundation.

“Many of the girls I was teaching became involved with the foundation,” she said.

It took off like a rocket, serving 1,500-plus girls in just four years.

“COVID changed everything,” Williams Gurnell said. “We went from serving 500 to 700 girls each year to less than 40. We had to innovate; we had to get creative. It was also a moment where we asked ourselves, ‘Are we going after numbers, or are we going after lives?’”

Williams Gurnell soon had her answer.

“When we began delivering programs via video to the girls at home and also in domestic violence shelters, we heard things, we saw things, and they shared things with us,” she said. “We had three social workers on our team at that time because I knew I wasn’t equipped. I’m a research scientist.”

“Being engaged with them online … when I think about if they wouldn’t have had that resource with us there … I really believe we did save lives,” she said. “I’m grateful we were there.”

Beyond that support, Williams Gurnell took STEM learning in a new direction.

“We created a research team that focused on marginalized communities and the effect COVID had on them,” she said. “We put together a team of SUPERGirls who developed a master’s level paper.”

The world may have seemed like it was on pause, but not at SUPERGirls SHINE.

“If we were going to transform the communities and rewrite the narrative, we couldn’t stop,” Williams Gurnell said.

She’s now safely transitioned back to onsite activities like outdoor camps and STEM days. SUPERGirls SHINE has also launched a membership program and has an active mentorship program connecting girls with accomplished women and men in STEM fields. Williams Gurnell is always looking for new allies, too.

She found one thanks to ICCC: John Stacy, market executive for Regions in Houston.

“Hearing John’s remarks was the best part of the day for me,” Williams Gurnell said. “For him to have such an understanding of the privilege he has … yes, he’s worked hard, but he understands that privilege. That’s what an ally is. That’s what I connected with most.”

“When Loretta approached me about becoming involved, I immediately said, ‘Yes,’” said Stacy. “The work she’s doing to introduce girls to STEM careers who may have never otherwise considered that path is intentional, bold and lifechanging. I’m honored she asked.”

Also, thanks to ICCC, Williams Gurnell is bringing her board members together for a 2023 strategic planning session complete with sticky notes for everyone to post their thoughts to ensure the group is on the same page regarding their mission, programs and services. It was an idea she gained from presenter Dr. Anthony Hood.

“It was simple yet very clear advice, and I think it’s going to be very impactful for our group,” she said.

Loretta Williams Gurnell has built a support community, one volunteer, one donor and one ally at a time.

“It’s been a tough five years, but we got through it together,” she said. “We may not have had the money, but we had the mindset, we had the will.”

Williams Gurnell also had a sign she was on the right path thanks to that paperwork making SUPERGirls SHINE Foundation an official nonprofit that arrived on the anniversary of her mother’s passing.

“I told my mom as she was transitioning, ‘Mom, I promise you I will live and simply not exist,” Williams Gurnell said. “I know she’s with me in all we do; I just know she’s proud.”

The Words of a SUPER Girl:

This program has provided so much for me, not only emotionally, but I saw a difference in myself in my confidence and wanting to thrive and just inspire others to join this exact same program. I’m happy to be a part of such a wonderful organization that I hope really grows and succeeds because this is necessary for anybody with dreams like me.
Jayde, SUPERGirls SHINE Foundation participant 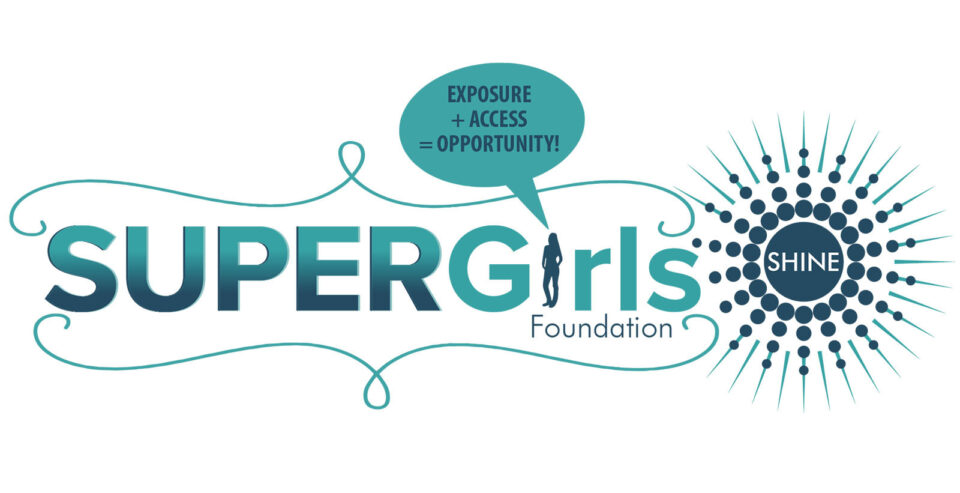