Holmes Building Materials in Baton Rouge, Louisiana, recently celebrated the midpoint in its sixth decade of service to the greater Baton Rouge area. From humble beginnings in the demolition and salvage business, Holmes has grown into a comprehensive homebuilding supplier for both professional clients and homeowners alike.

“Holmes Brick and Salvage started in 1957 as a salvage yard, so we would demolish old buildings, and we would save brick or old pine beams or windows or doors,” said CEO and co-owner Matt Holmes. “That’s how my great-grandfather and grandfather started it. And, 65 years later, where it is today is really something that I think that they would be proud of.”

It’s a pride well-deserved, thanks to the company’s growth. Now with 170 employees spanning locations in Baton Rouge and Denham Springs, Holmes Building Materials has undergone a steady transformation from salvage yard to full-service building supply provider.

“We break it up into three categories,” Holmes said. “We have the hardware store being one main unit, with its own personnel, its own management team. We have the professional side, which is what we just call the lumberyard. The majority of our business comes from that, from a sales volume standpoint, and then we are very heavily involved with millworks: windows, doors, trim, molding. Some of it we produce ourselves; some of it we buy and resell.”

We treat people like family. That’s the biggest advantage we have over the competition.
Matt Holmes

The newest heir to the family dynasty, Matt Holmes recently assumed the leadership reins from his father, John, who credits his son’s college side job with expanding the company’s empathetic perspective on their customers’ needs.

“He was gone for four years, worked for a construction company, which was really great because that put him on the other side of the counter,” John explained. “Instead of just having a retail background and being on our side of the playing field, he got to be on the other side, the other team. That has just paid wonderful benefits to the company because he can talk to a contractor and know exactly what their challenges are.”

A recent retiree, John retains a partnership in the business and a voice in the company’s day-to-day operation, ensuring an unbroken continuity of company culture throughout the transition.

“My management team, the guys that worked with me that I built up, they were all my age or older,” John said. “What Matthew and I had been doing was building a younger group behind that, that those guys could now move into those roles. So not only did I retire, but basically our whole management team retired over a couple-year period, and then we’ve been able to bring up that next team, and all of them are – everybody, pretty much – homegrown. They came up in the business too, so we feel like we could preserve some of that culture.”

And with four generations of father-and-son ownership, it comes as no surprise that this culture can be defined in a single word: familial.

“We treat people like family. That’s the biggest advantage we have over the competition that isn’t family-owned-and-operated,” Matt explained. “With the job market nowadays, you can go get a job from anywhere, so why do people pick Holmes to be able to work? The lumber industry is not some big sexy industry that everybody wants to be in, but I feel like we treat our people well.” 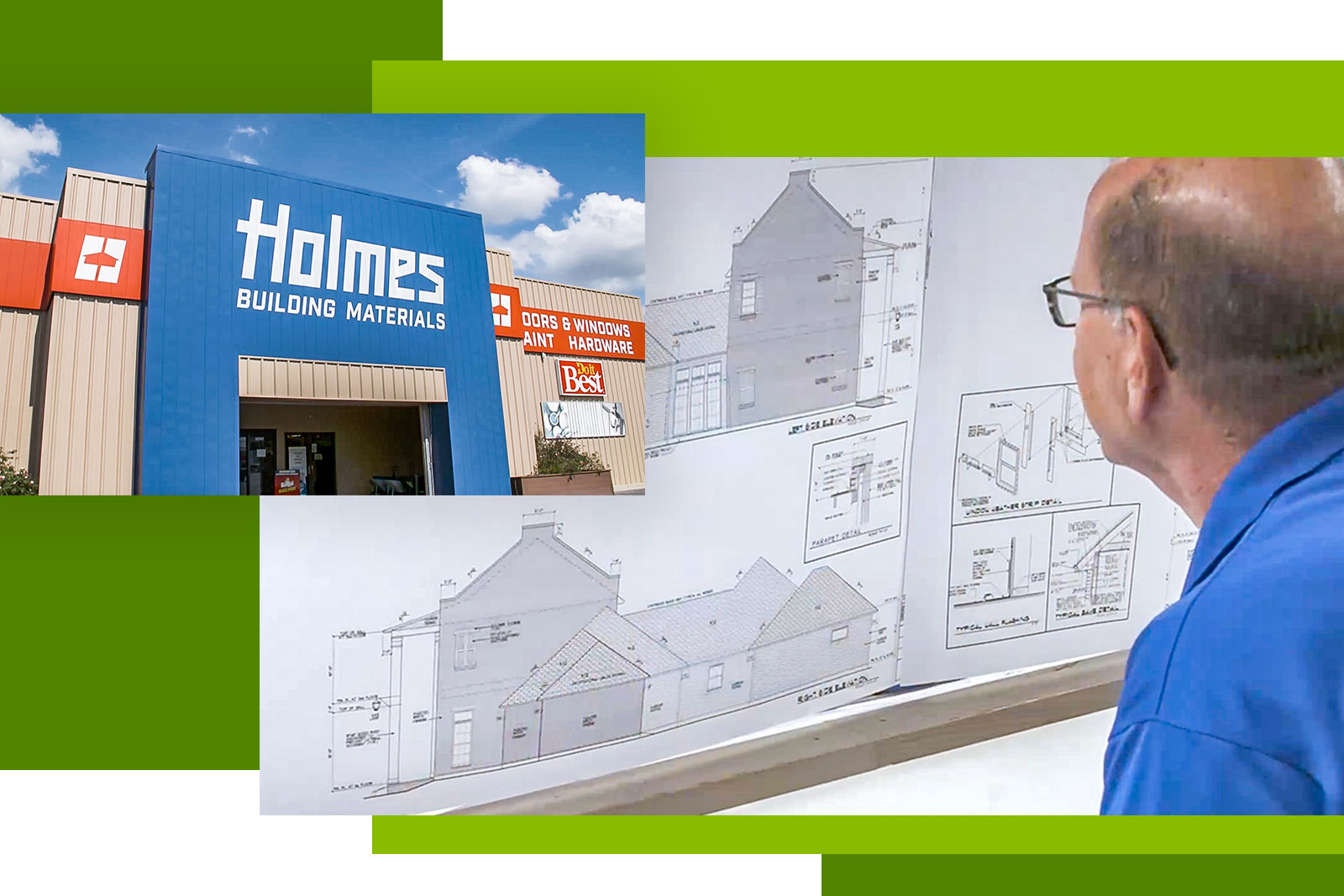 Treating people well means everything from whimsical monthly celebrations to getting to know all 170 associates by name.

“There’s a day every month that you can celebrate a national day of something, whether it’s National Cereal Day or Popcorn Day. If it’s National Cereal Day, we’re providing cereal and milk for everybody at both locations to celebrate,” Matt said. “We offer a good benefit package as well, which I think is a big deal for everybody nowadays. It’s not just about an hourly or salary wage. And then it’s just having ownership near and dear to everyone here. My door is always open. If somebody needs to come talk to me, they can talk to me.”

It also means promoting financial wellness through a Regions relationship.

“The financial wellness team has done sessions where they arrived at their lumberyard at 5:30 in the morning and spent all day sitting down with folks to talk about their financial education,” said Regions Commercial banker Amy Province. “From how to get a mortgage to what to do about credit scores, if the bank can be someone that they ask, it makes it easier and can lead to follow-up meetings to dig deeper and help folks get on the right track for financial wellness. And of course, there are statistics that talk about how whenever your associates are financially sound, how much more productive they actually are.”

Not only are they more productive, but everyone in the Holmes Building Materials family stands as a living reflection of their employer’s care and attention, providing each new customer the same unwavering dedication, no matter the size or scope of their project. 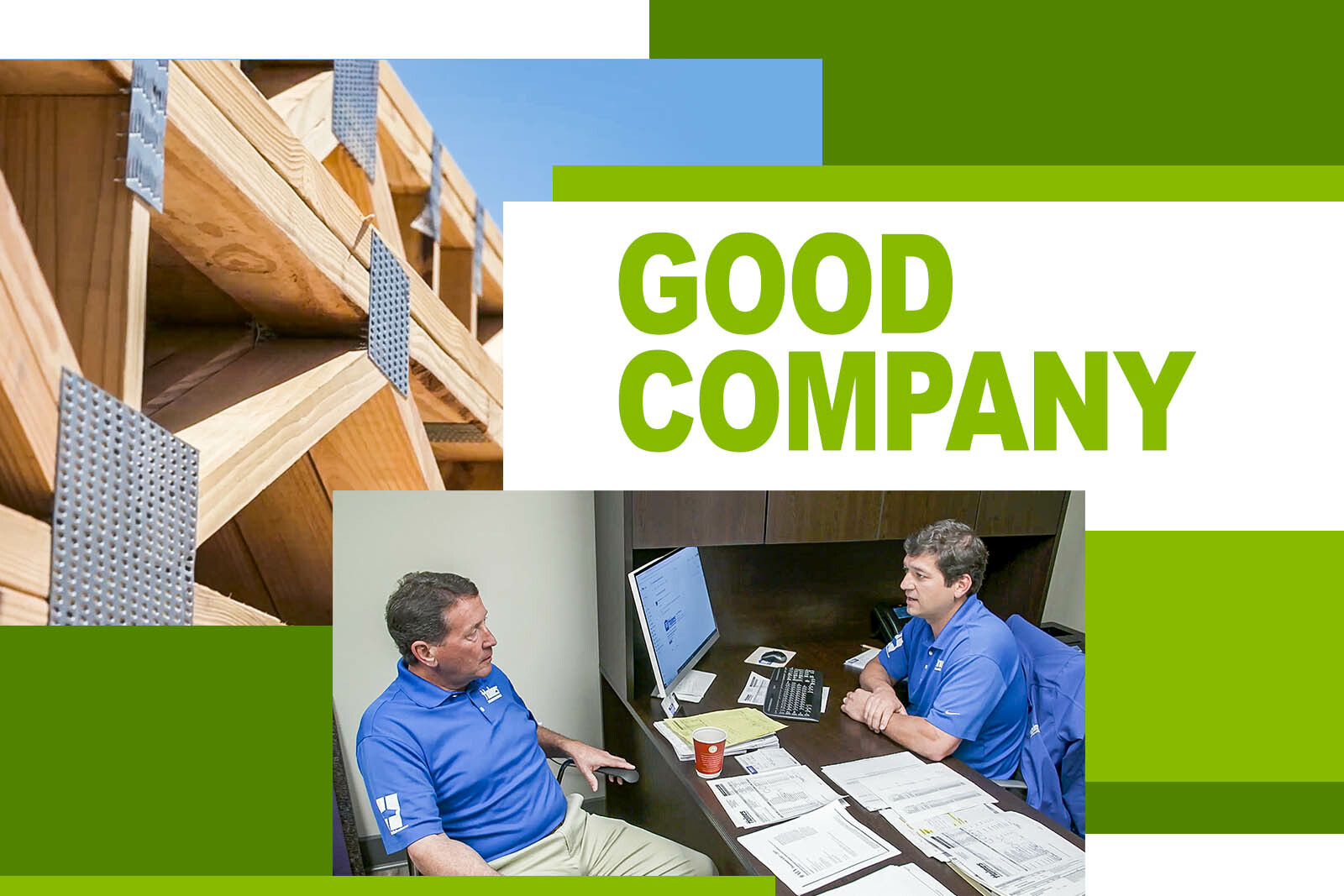 Born to Be Wild

Providing Shelter From the Cold