Twenty years ago this month, a handful of employees started making the first home improvement loans for EnerBank USA in the Salt Lake Valley out of 1,200 square feet of office space.

Since those humble beginnings, the business has grown to serve more than one million homeowners nationwide, financing over $13 billion in home improvements.

EnerBank recently celebrated another milestone with the dedication of new workspace at 650 Main that represents its future as the consumer home improvement lending division of Regions Bank.

With 88,900 square feet of offices on the top three floors, the business is the anchor tenant of 650 Main. Along with bringing the Regions name to the Salt Lake City skyline, the building has brought new life to a long-vacant corner and is part of a boom in downtown development.

Founded in 2002, EnerBank became part of Regions in October 2021, accelerating the bank’s focus on serving as the premier bank lender to homeowners.

“We now have more space to accommodate the incredible growth we anticipate as part of Regions,” said Charlie Knadler, former EnerBank CEO and now head of Consumer Home Improvement Lending for Regions Bank.

“We have about 500 employees now, and have been experiencing double-digit growth year over year. It’s an exciting time for our business.”

“Regions Bank is proud to invest in EnerBank’s continued success while introducing the EnerBank name to more clients across our retail banking footprint and beyond,” Danella said.

605 Main’s amenities include multi-story covered parking, a fitness center, outdoor meeting and recreation area with firepit, a breakroom with outdoor terrace, wellness, phone rooms, and offices, conference and training rooms with views of the Wasatch Mountains. A new TRAX station and 175 new apartments are going up across the street.

Said Valdemoros of Regions’ investment in 650 Main, “It couldn’t be a better combination — a group that does so much good for the community in the heart of Salt Lake City.” 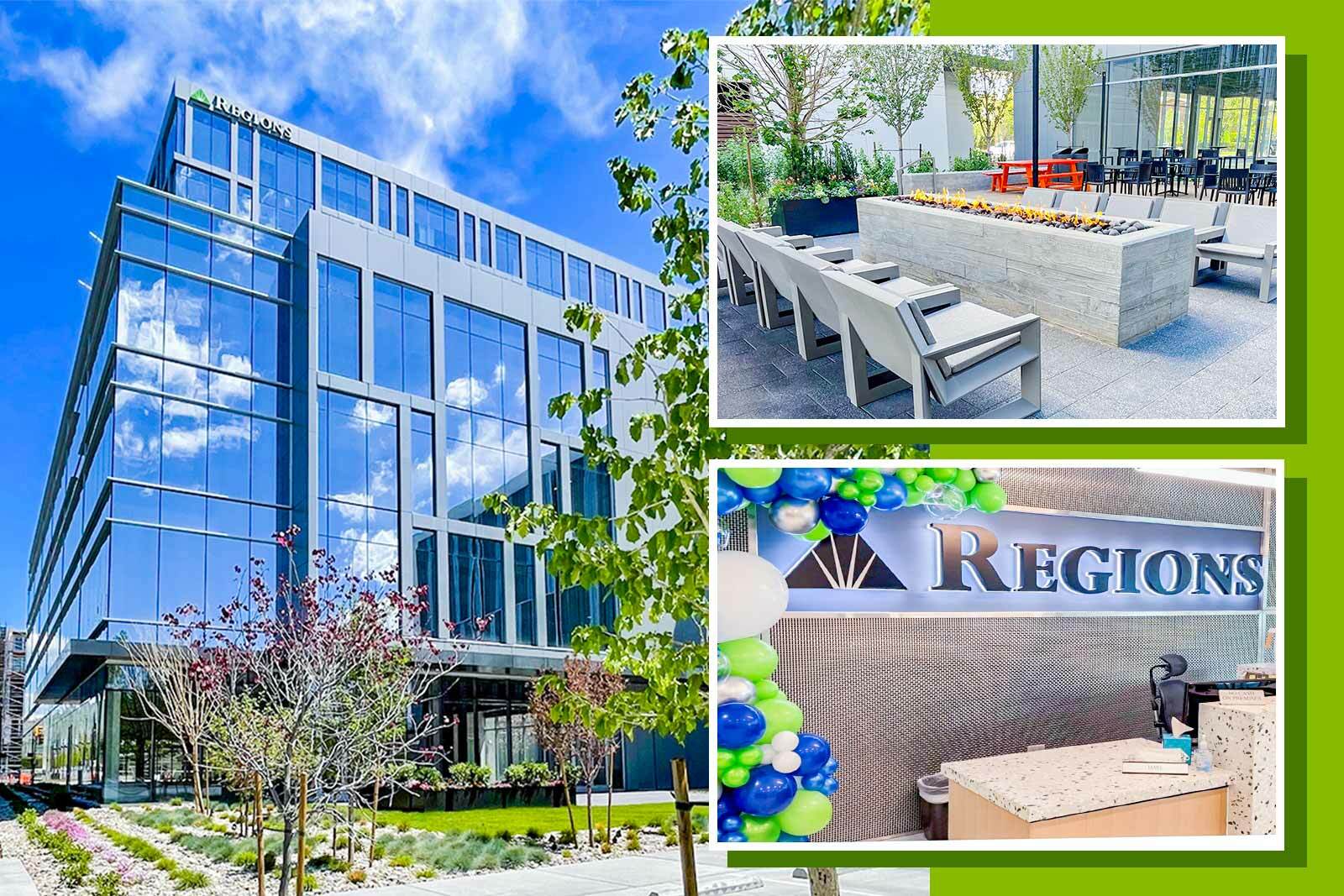