Long hours and sighs of frustration.

Remote learning has taken a toll on many students – and parents – this year.

One place where the pandemic hasn’t slowed down classes? Tech901. Problem-solving is what this information technology organization and its students do all the time.

“One of the most valuable things I’ve learned at Tech901 is how to troubleshoot,” said Jacob Ferguson, a recent graduate of the Memphis, Tennessee, nonprofit. “We work within an operating system to achieve solutions.”

Tech901 itself was created to solve a problem: thousands of information technology jobs were vacant in Memphis – while thousands of people needed work.

Tech901 reaches low- and moderate-income students with specialized training to build a pipeline of technology professionals and reduce the unemployment gap.

“By the end of the year, we will have served a total of 1,300 students,” said Robert Montague, executive director of Tech901. “Our graduates work with 150-plus Memphis-area employers, earning an average starting salary of $39,000. That’s an 86% increase of the group’s incoming pay average of $21,000.”

The figures are impressive. But at Tech901, it’s about more than numbers. It’s about people.

Regions Bank has invested in Tech901 since its earliest days. More recently, a $50,000 grant from the nonprofit Regions Foundation is funding two training classes for 60 students. It’s part of Regions’ commitment to supporting workforce readiness. Ferguson is among the people impacted.

“I heard about Tech901 from a friend who was taking classes at the Memphis Teacher Residency next door,” he explained. “What intrigued me most is that it offered an affordable way to go back to school that would help me start a new career.”

Ferguson credits that support with helping him land a position with a large realty company.

“Earning my CompTIA certification from Tech901 is what helped me get in the door for the interview,” said Ferguson. “The Tech901 staff is very helpful. They want to see their students succeed and get that new job.”

For Atlan Ficklen, Tech901 is giving him a renewed sense of confidence. When he enrolled, he found a place where he can thrive again.

Ficklen is transparent about the challenges he has endured because he wants others to know there’s hope. He had studied engineering at the University of Memphis. While he excelled in his major, other classes presented overwhelming hurdles. Ficklen knew something had to change.

“I dropped out of school to address my mental health,” he said, recalling how he battled anxiety and attention deficit hyperactivity disorder.

Ficklen is far from alone. The National Institutes of Health estimates nearly one in three adolescents will experience an anxiety disorder. And those figures continue to rise.

“Atlan sailed through high school, even in his honors classes” said his mother, Michelle. “College seemed like the natural next step. The engineering courses were his sweet spot; he loved them. But the newness of the environment and the large size of his general classes hit him like a wall.”

“In hindsight, I realize I wasn’t ready for it,” said Atlan. “I struggled with focus. The school went above and beyond to help, but leaving was something I knew I needed to do.”

Atlan’s mother actually works for Regions. But he first encountered Tech901 when his doctor mentioned the program. Thanks to that conversation, Atlan saw a source of hope. He started Tech901’s Code 1.0 Introduction to Computer Science course in January. During the pandemic, virtual learning has gone smoothly.

“The instructors made it really easy and effective,” said Atlan. “People would stay on if you needed help after class.”

He’s now in his second semester and working part-time. “Programming is difficult but so rewarding when you figure it out,” he said.

His mother is thankful for the boost Tech901 has given her son.

“Atlan’s confidence has exploded,” Michelle Ficklen said. “He feels successful again. He’s motivated to do well and to learn and grow in this space. He’s made some terrific connections with his classmates. They all have such different goals they want to achieve in taking the courses, and that’s expanded his horizons, too.”

Those horizons include new career opportunities as students excel, even while navigating these unusual learning times. What’s one quality Robert Montague has observed among the students and staff?

“Resilience,” he said. “Our staff has retooled virtually everything we do around new restrictions. Similarly, our students are graciously patient and flexible with our rapid change. They’ve remained very committed to their classwork, attending Zoom classes and their new careers.”

Atlan Ficklen relates that flexibility to what he’s learning.

“Programming will rarely have just one solution,” he said. “There could be up to 1,000 solutions. The more options you have, the better. The more versatile you are, the better off you are. Stay with it. Don’t give up.”

Good advice for overcoming the challenges of remote learning and life itself. 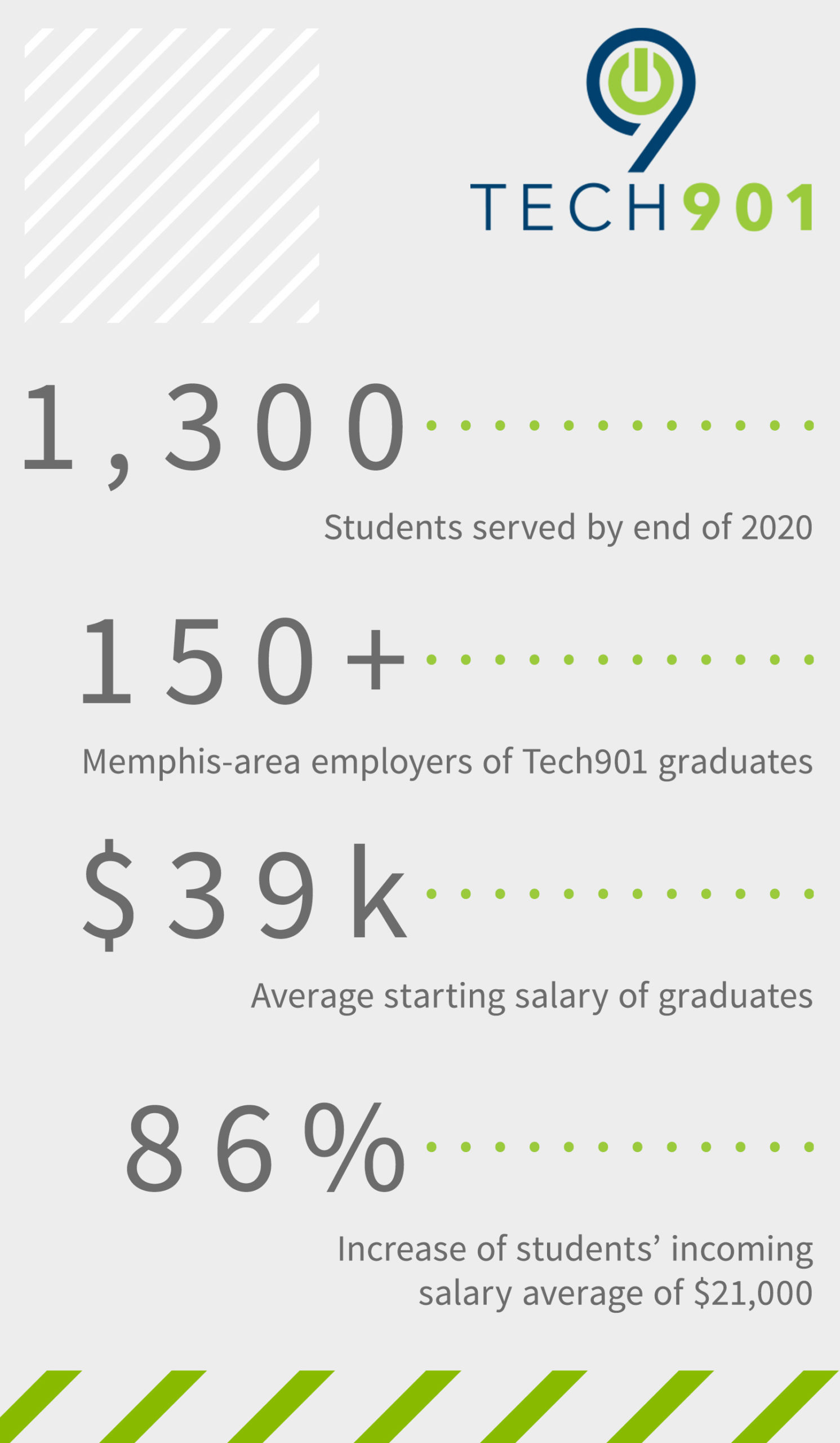