The Haughery family arrived at Greystone Golf & Country Club early Sunday morning, as they do many weekends. By day’s end, they were trying to figure out how to get the spoils of the day home.

Son Simon competed in the age 14-15 boys group in the Junior Regions Tradition, sponsored by Alabama Power. A week after finishing second in another tournament, Simon couldn’t find his groove Sunday, finishing in the middle of the pack.

Thirteen-year-old Elizabeth watched her brother play a few holes with the earliest group on the back nine, then headed to the driving range and first tee to compete on her own.

She admitted she was nervous, having never played Greystone before. But all evidence pointed to the contrary as she won the Girls’ nine-hole, age 10-19 division by six shots. The win earned her a replica Regions Tradition trophy, modeled after the Claret Jug, and a brand-new green Regions bike.

For parents Michael and Beth, the Junior Regions Tradition offered quality family time, with the bonus of the bike to take home as a rather pleasant surprise. 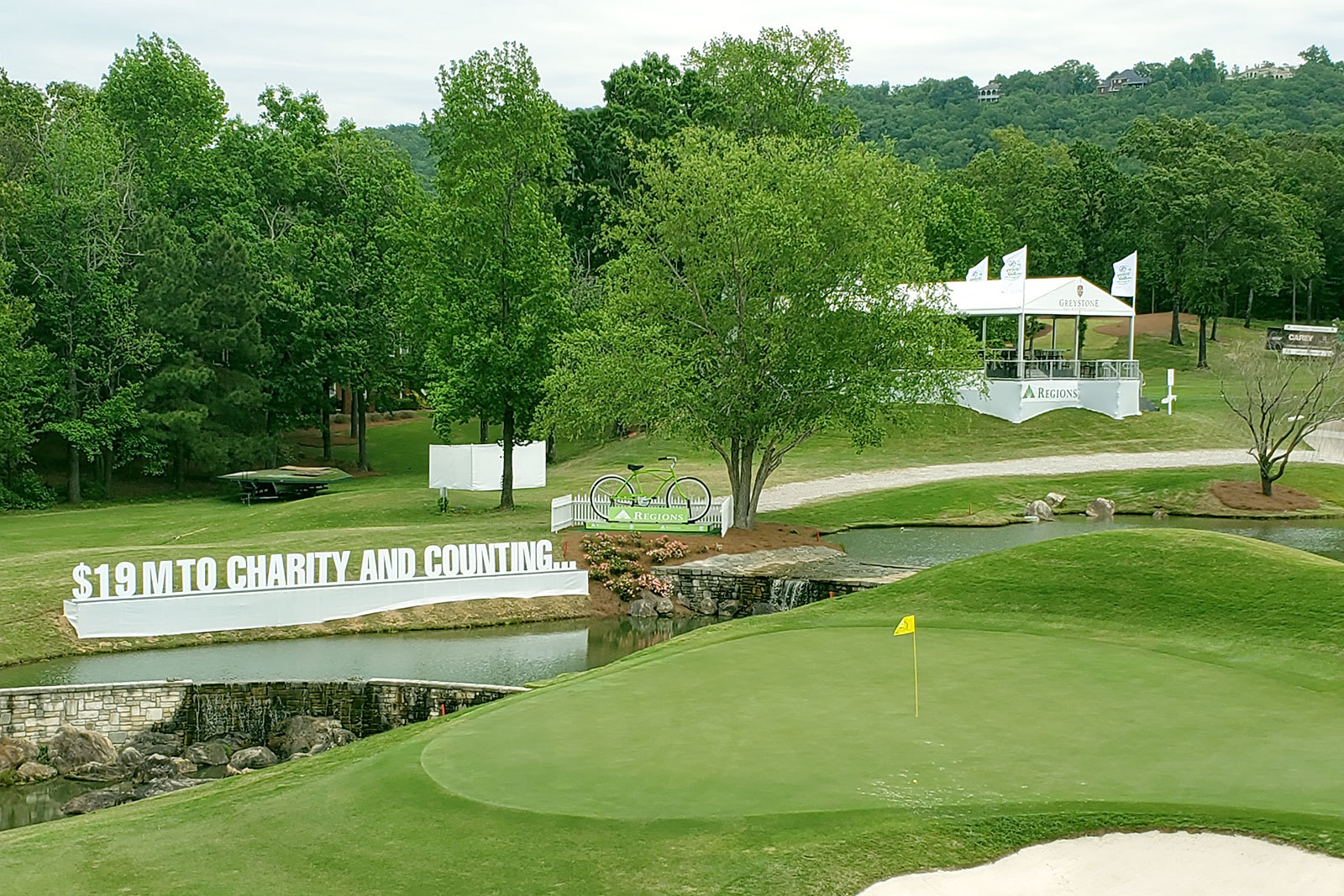 “When she teed off, she was just a hole in front of her brother, so I got to watch both of them,” Michael said. “This is a really special day and a special event. The kids get to play on the same course the pros will this week for a major. And I work for Charles Schwab, one of the Champions Tour’s national sponsors. That’s a nice twist.”

The 2021 Regions Tradition opens play on Wednesday with the celebrity pro-am, followed by the first round Thursday. The Tradition is an annual major on the PGA TOUR Champions schedule.

Letting the juniors play on the same course as a major – just days before the Tradition kicks into high gear – came about after a conversation over a year ago between George Shaw, the Tradition’s tournament director, and Ian Thompson of the Birmingham Golf Association.

“George said, ‘How about we have the junior tournament at the same venue the week of the tradition,’ and then he got it done,” Thompson said. “Having a junior tournament this close to a major is very unusual, so this is a really extraordinary event that the young golfers and the BGA are very grateful for.”

While many of the young golfers participating in the Junior Regions Tradition may have only cursory knowledge of the Hall of Fame golfers about to take over Greystone for the week, the Haughery children have long been fans.

“We were out here for the Regions Tradition five or six years go,” explained mom Beth. “And on the first tee, (Champions tour veteran) Brad Faxon rolled a golf ball to Simon. When Simon picked the ball up, he realized it was signed.”

A casual fan before, Simon was inspired to play competitively. 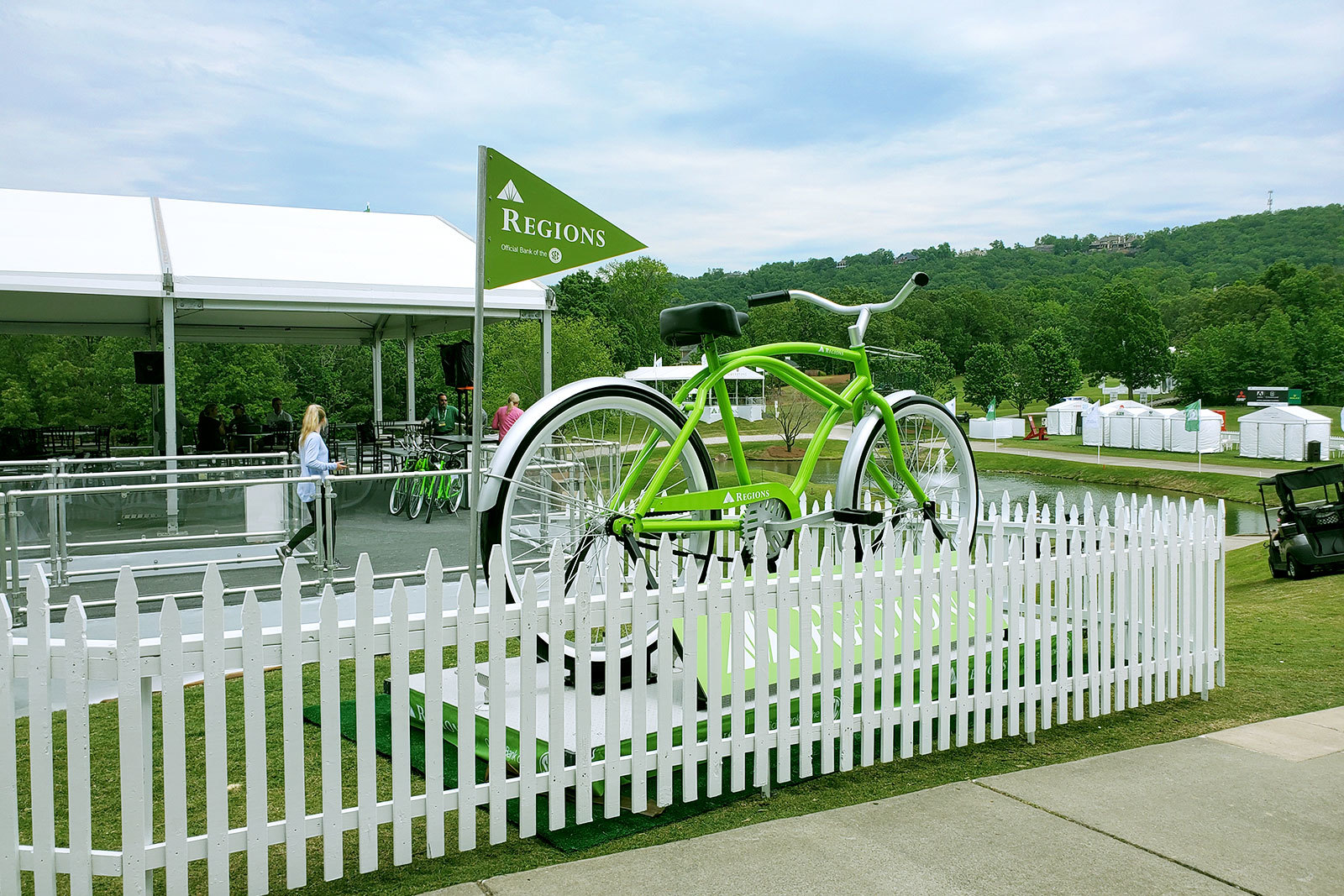 The following year Simon followed Faxon at the Tradition. After the round, Simon waited for the opportunity to say hello and to thank him for inspiring him to pursue golf. Once again, he was rewarded – this time with a signed glove.

In addition to the chance to compete, the juniors get to participate in a Financial Education seminar, another unique element of the Junior Regions Tournament.

The Junior event was originally scheduled to kick off the 2020 Regions Tradition. But both were cancelled due to the arrival of the global pandemic. A year later, Thompson picked up where he left off preparing for the event.

“We had 60 players signed up for what was supposed to be the original tournament last year,” Thompson said. “We gave them first dibs this time around. But we were also able to increase the field to 96 and open it up to our entire BGA membership. We filled it up in hours.”