When the world turned upside down, JT Karney knew where to turn next.

The Technology Services group manager at Regions Bank, Karney showed up for work on March 12, 2020. A day later, the severity of a global pandemic became apparent and the Regions Technology team suddenly had to figure out how to let Contact Center agents work from home. 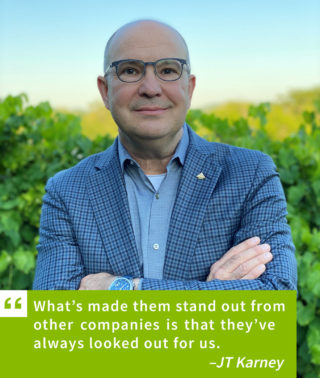 The first call made was to St. Louis-based World Wide Technology (WWT). “We knew they could help us transition quickly,” Karney said. “Since we first started working with them, what’s made them stand out from other companies is that they’ve always looked out for us.”

The Contact Center is the lifeline for Regions’ customers throughout 15 states. Pre-pandemic, teams operated out of various brick-and-mortar facilities. But in the new normal, the teams had to provide the same technology and support from home.

“If we can’t do something, I’ll be the first to stand up and say it,” explained Matt Matter, WWT’s client manager for Regions. “That’s part of our culture and core values: to be open and honest. When we were told how the Contact Center would be working from home, we knew we could make it happen and began shipping the technology they needed.”

Regions’ Marcus Lundy is tasked with managing vendor relationships – and finding new possibilities – with minority-owned companies. When WWT first approached Regions about a potential relationship, he did his homework and discovered a 30-year company with an endless stream of accolades for its culture.

“We’re a $13.4 billion company that most people have never heard of,” Matter said. “We pride ourselves as a great place to work.”

Getting the business was one thing. Maintaining it was another.

Over a course of a few years, WWT proved to be consistent and cost-effective as the list of needs increased, from technology for the data center to a voice-over-IP phone system at 1,000 Regions locations to cybersecurity.

WWT would consistently come in with a competitive bid, meeting all benchmarks, to win projects. And if WWT wasn’t a fit, its team would say so immediately.

But the pandemic meant there was no time for either party to haggle over the next step.

“Not only was Regions sending people home, but so were we at WWT,” said Shawn Waldrop, the company’s business development manager. “We had the technology to ensure everyone could work securely from home at full speed. That was imperative.”

“But for us, this was about more than the latest project because this is a two-way relationship,” Waldrop added. “Not only do we provide IT support for Regions, but we are a customer of theirs. We have a credit line there and they are one of our biggest lenders.”

While so much has changed in the last year, one thing that hasn’t is WWT’s commitment to helping others. The company has continued to build on numerous community-based initiatives: 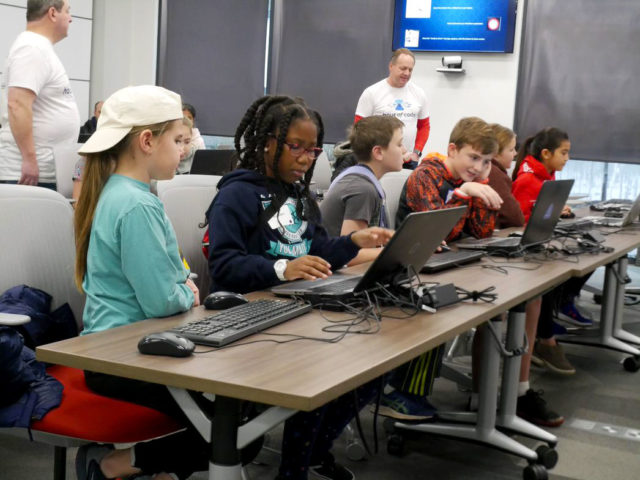 “I’ve worked in technology for 30 years, and there are few companies I feel as passionate about as WWT,” Regions’ Karney said. “It starts with the corporate culture there. (WWT founder) Dave Steward wrote a book called Doing Business By the Good Book, and it’s a great read. You can tell he believes in taking care of his people, and I know that firsthand from someone in the company whose family member was in critical condition. Dave stepped in and personally helped the family out.”

For the immediate future, Regions will continue to focus more on technology – especially when it comes to digital banking and the customer experience.

And it will continue to lean on WWT, as the St. Louis company leans on Regions for further growth.

“We are committed to community outreach, like with our STEM programs and with NPower for veterans because they create a future talent pipeline,” Sharpless said. “And in my role, we look for companies that have diversity initiatives that align with our own, just as Regions does. We do this strategically, because it helps everyone in the community.”