From his earliest days, Mike Weeks recalls wanting to follow in his father’s engineering footsteps, even if he wasn’t initially clear as to just what the job entailed.

“I remember there was a set of railroad tracks I grew up near that we’d always have to cross to get anywhere in town,” Weeks recalled. “We’d always get stopped by the train, and I’d ask my mom if my dad was on that train. After a little while, she’s like, “Why do you keep asking me that?’ And I said, ‘Well, he’s an engineer, right?’ And she said, ‘No, he’s a different engineer.’”

As his own interest in engineering developed, Weeks soon discovered the need to address a critical shortcoming.

“I worked towards doing good in school,” he explained. “My dad said, ‘If you want to be an engineer, you’ve got to be good in math.’ And I was horrible in math, so I did some extracurricular things to improve my math and got really good at it.”

A key component to DWG’s success is a hierarchical structure that eschews traditional departments in favor of a more team-centric chain of command.

It’s an arrangement that creates a family dynamic, which Weeks says is crucial to meeting the demands of a given project. 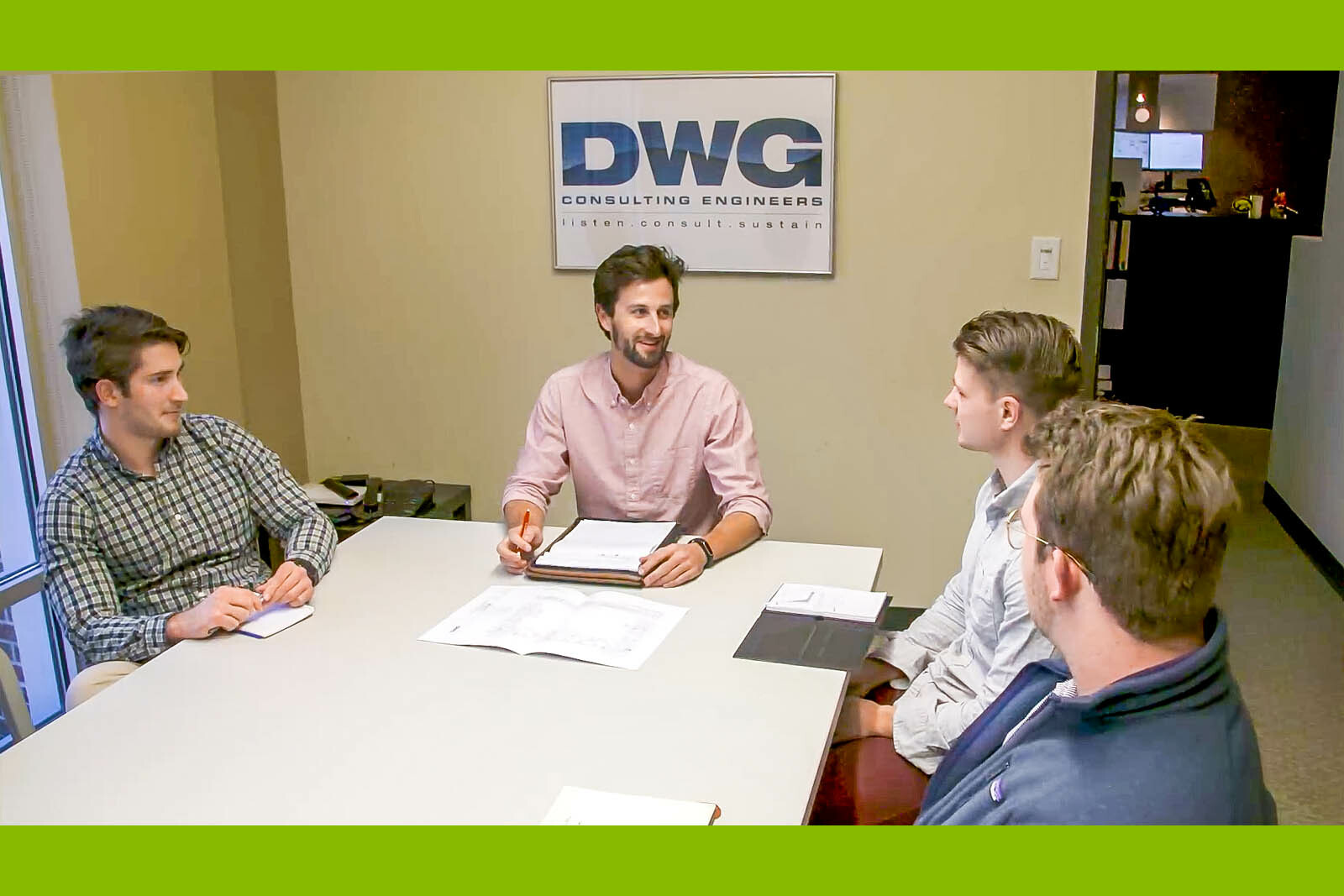 “Because we’re spending so much time together, working in a team is very important, making those lines of reporting and accountability very clear, making our expectations very clear as to what’s required to get a project out the door,” he said. “People work very hard to make sure they are making the client happy.”

Because they work so hard, they’re also allowed to play. Christian Gaeta, now a project manager, joined DWG seven years ago as an intern and instantly found himself drawn to the company’s culture.

“It’s a fun environment,” Gaeta said. “I take pride in my work, and I work hard, but at the same time, I like the people that I work with because I work with them a lot. We can joke around. It’s not super-serious all the time, so it just makes working here that much more enjoyable.”

“What we’re after is not necessarily a job or a customer. We’re after a relationship,” Weeks said. “To develop that relationship, we have to be aware of what our client’s needs are and we have to be sacrificial of our own schedules sometimes in order to do what we need to make the client happy.”

But the sacrifices are not without their rewards, and for DWG employees, that reward is co-ownership in the company. The idea first occurred to Weeks and Dalpiaz when considering an eventual exit strategy that would allow them to maintain the firm’s identity.

“When Phil and Mike first approached us, they were considering a potential sale of the company,” said Regions Charleston Market Executive Brian Ball. “They didn’t like the idea of losing the company identity, so they settled on an Employee Stock Ownership Program (ESOP), whereby they could transition the ownership of the company to the associates themselves.”

The ESOP path proved to be a road less traveled, both for DWG and their Regions support team.

“It’s not an everyday type of transaction,” Ball said. “That’s what makes it fun. We were able to help them navigate the process, give them some good advice, and at the end of the day help provide some of the capital to affect the transition. It was a unique adventure for them, and we were on the same adventure with them, so it was a journey for the both of us.”

“Having our employees become employee-owners was a very proud moment for us,” Weeks said. “It helps create an exit for Phil and I, but also creates an entry for the next generation. Just watching people grow from an entry-level engineer to now an employee owner has been a great accomplishment. In the years to come, watching them step in and take over my seat is going to be the completion of being fully happy with what we’ve done.”

For employee-owners like Christian Gaeta, it also fosters investment in the company’s future.

“I already had a pretty high motivation to work hard and take pride in my work, but now it feels different because I receive stock in the company, so I’m also investing in this place that I work rather than working just for my own paycheck,” Gaeta said.

“Our explanation to our employee-owners is that you actually have an influence in how your value grows by what you put into the company,” Weeks added. “I think that hits home.” 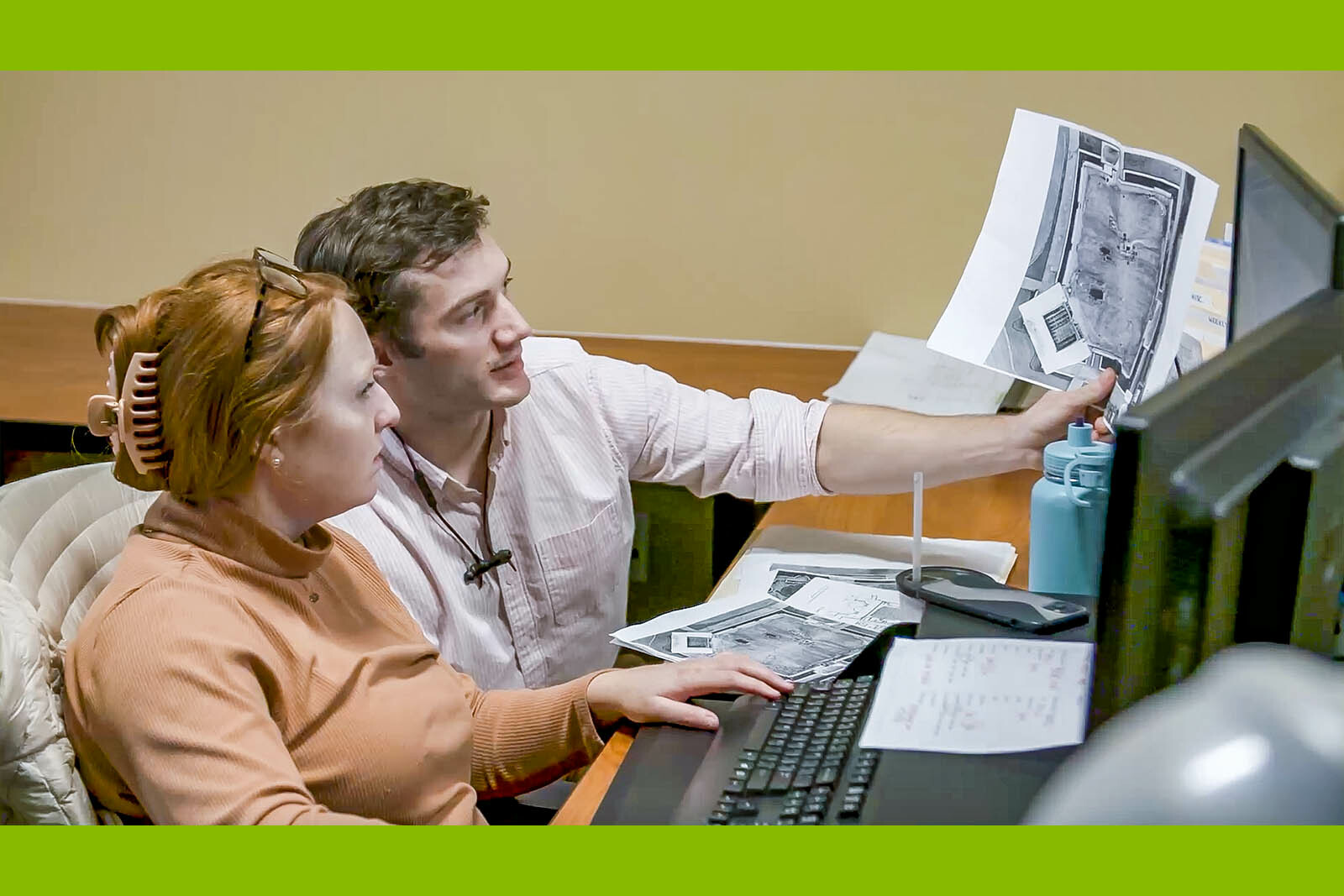