Alabama replaced Cincinnati as the nation’s No. 2 team Saturday, despite the Bearcats pulling away from South Florida.

The reason for the shakeup in the AP Top 25 presented by Regions Bank? Cincinnati has won four straight games against teams with losing records. That all changes Saturday when Cincy faces off against 8-2 and previously ranked SMU. 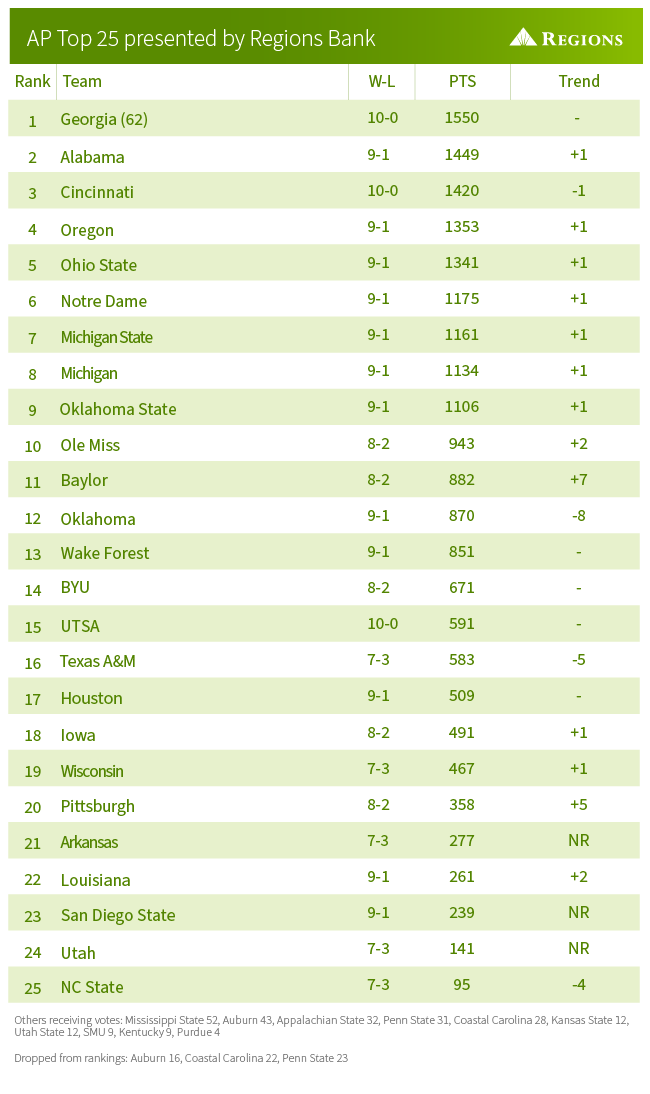 Poll Points
Alabama has the longest current streak of top-five appearances in the AP Top 25 at 29. Georgia is second after running its streak to 12 this week.

At third is Cincinnati at seven straight polls. Oklahoma had been next coming into this weekend at five straight, but with that snapped, the next-best top-five streak is Oregon with two straight polls.

Who’s In
The three teams entering the rankings this week had all been there earlier in the season.

Voices of the SEC: Eli Gold