Alabama starts the 2021 season just where it finished 2020 – back on top of the preseason AP Top 25 poll presented by Regions Bank.

It’s a historic post position for Nick Saban’s program, marking a record 14th straight season Alabama has spent at least one week ranked No. 1. Since Saban’s arrival in Tuscaloosa in 2007, the Tide has spent a record 100 weeks atop the poll. 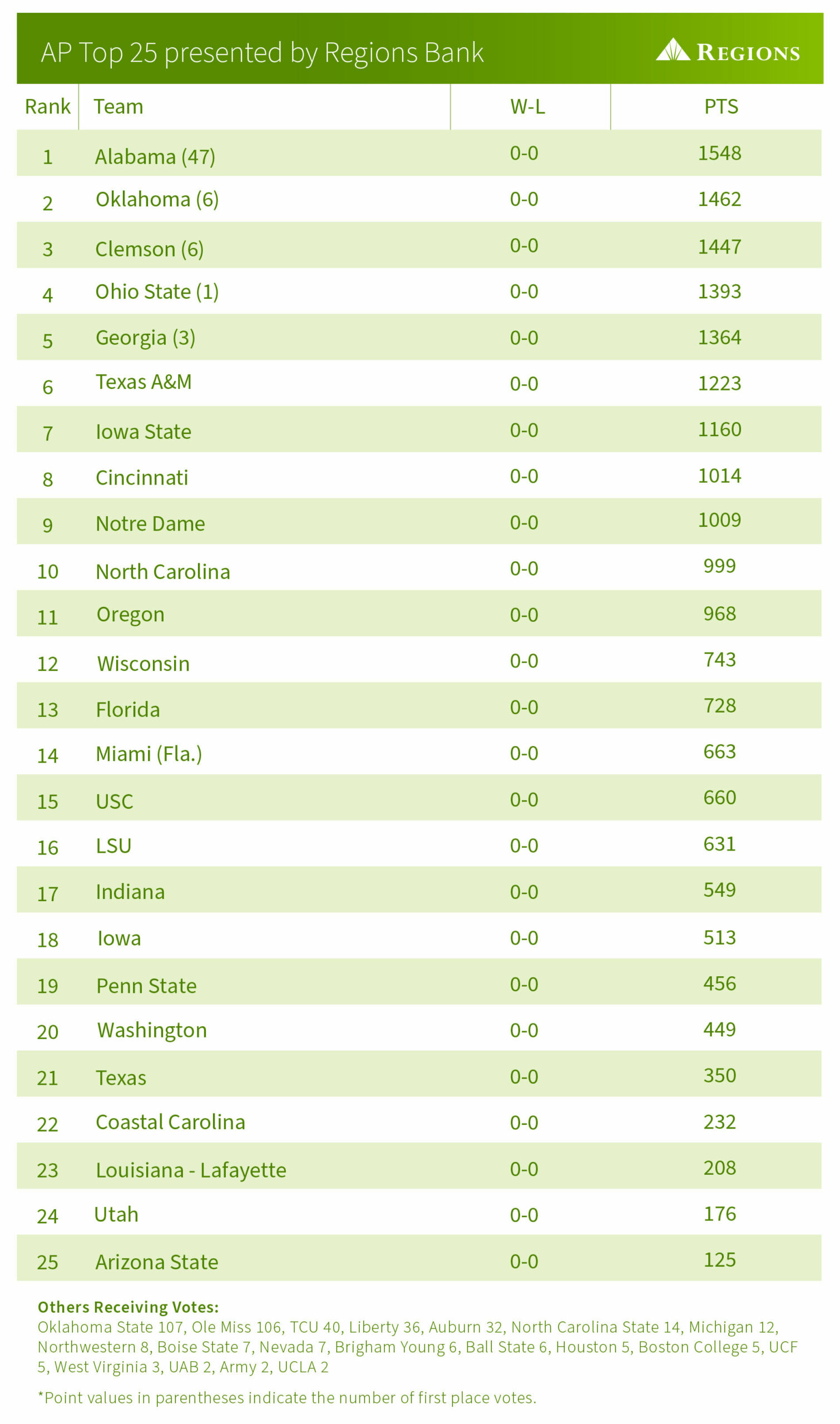 The rest of the Top 5 looks familiar to fans of College Football Playoffs past: No. 2 Oklahoma followed by Clemson, Ohio State and Georgia.

Alabama received 47 first-place votes from the panel of 62 sports writers and broadcasters across the country. Ohio State and Clemson were next with six each.

The 2021 preseason edition marks the 85th year of the AP college football rankings, the oldest in sports. The poll and an array of postseason awards are again sponsored by Regions Bank, the official bank of the Southeastern Conference. The initial AP poll, with voters from a national panel of sports media, debuted in 1936. The preseason poll has been an annual fixture since 1950.

Among the surprises: Iowa State of the Big 12 opened at No. 7. The Cyclones, considered Oklahoma’s most serious threat for the conference title, open with the program’s first preseason Top 10 ranking.

Cincinnati of the AAC also became the first Group of 5 team to open the season in the Top 10.

Indiana led a wave of Big Ten teams in the second half of the poll at No. 17, just ahead of conference rivals Iowa and Penn State.

For the first time in history, two members of the Sun Belt Conference – Coastal Carolina and Louisiana-Lafayette – start the season in the rankings at No. 22 and 23, respectively. That’s eight spots below where the duo finished the 2020 season.

Georgia Remains a Solid No. 1 While Washington’s Back in the Mix