The Regions Tradition is a PGA TOUR Champions major, held annually in Birmingham. While the 2020 Tradition was cancelled due to COVID-19, the giving continues. This year, a record $1.2 million was raised for charities. Today, we profile one of the nonprofits impacted by the record giving.

On a body of water in the shadows of the Grand Tetons, children who’ve survived abuse and neglect are introduced to fly fishing. For On River Time founder Steve Davis, it’s an opportunity to make a difference one child at a time.

“Steve is an avid fly fisherman who came to terms of his own abuse as a child,” said Wendy Garner, executive director of On River Time. “This was something he’d kept secret his entire life. Yet through counseling, he realized he didn’t need to be ashamed. In fact, he could help others.”

Since its creation eight years ago, On River Time has partnered with four youth homes in the South – Big Oak Ranch in Alabama, Palmer Home for Children and Homes of Hope for Children in Mississippi, and Still Creek in Texas – to provide unique learning opportunities out west. 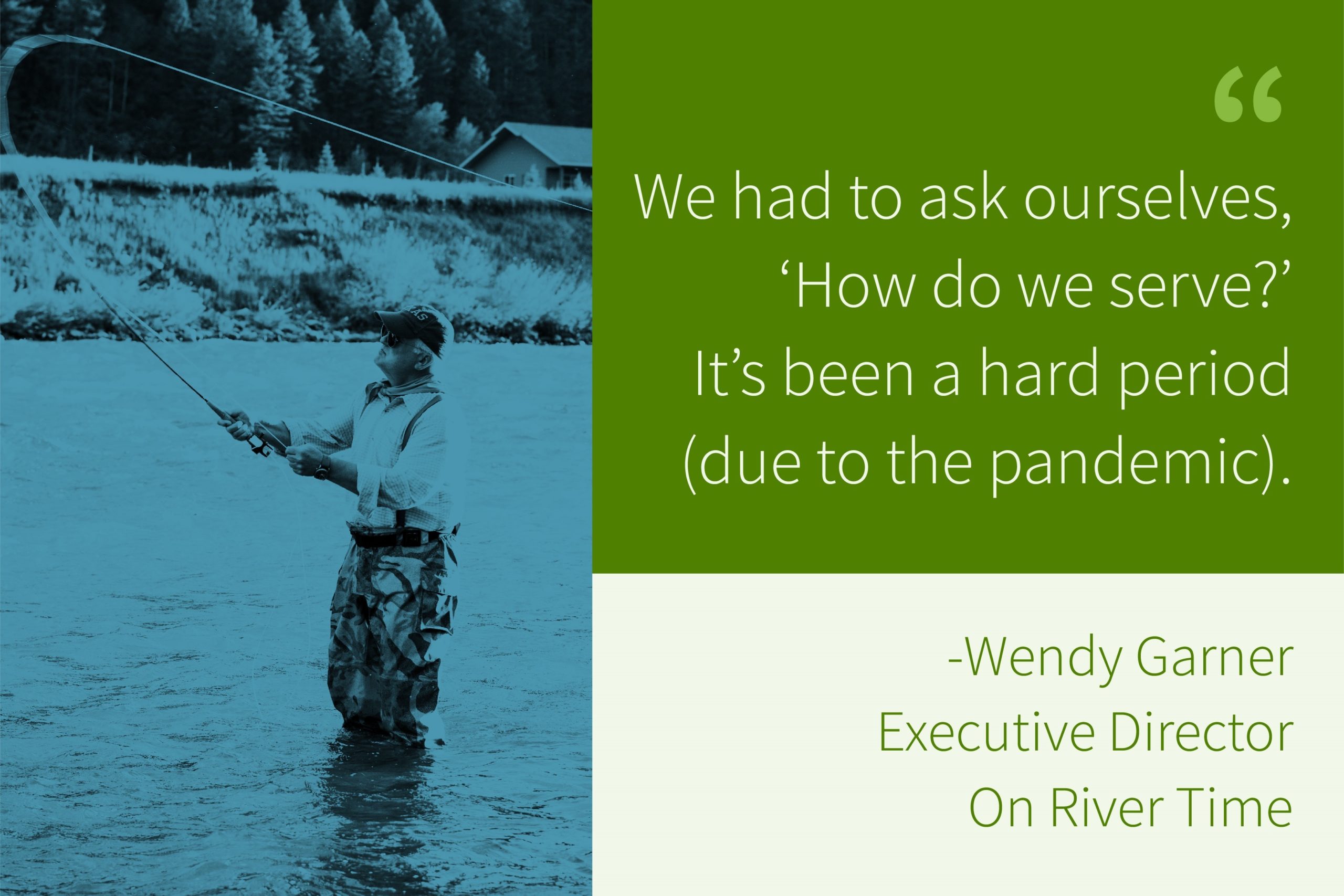 This Birmingham-based nonprofit is growing, thanks in part to a gift from the Regions Tradition. While the 2020 major on the PGA Champions TOUR was canceled due to the pandemic, the tournament’s giving continues in record numbers.

That’s welcome news for On River Time, which had to postpone the trip west due to current restrictions.

Since its inception, On River Time has taken more than 130 youths out west for fly fishing. But, due to COVID, camps for 2020 were cancelled because of the travel risk.

“We had to ask ourselves, ‘How do we serve?’ It’s been a hard period,” Garner said.

The answer was to expand services in new ways. In addition to college scholarships, On River Time has started offering life skills sessions for the kids at Big Oak Ranch through their Ascend Program, which serves recent ranch graduates now attending college in Birmingham. The students attend sessions ranging from social and business etiquette to job interviews, all to help prepare them for future success.

It furthers a bond that began in 2012, when Steve Davis met Big Oak Ranch founder John Croyle and realized they had a shared mission.

Now the work continues with Big Oak Ranch and John’s successor, his son Brodie, a former Alabama and NFL quarterback. And it has expanded to three additional homes spread across the South.

But it’s still based on the experience of fly fishing on the Snake River, with treks to the Grand Tetons where the On River Time campers see the majestic mountains, wild buffalo and one of the most awe-inspiring landscapes on earth.

It’s a program now rooted in a stronger financial future. A donor recently retired the mortgage on the On River Time cabin at The Lodge at Palisades Creek. That means the On River Time students have a place to stay each year, and visitors can also rent the cabin during the peak season – ensuring On River Time’s growth for years to come.