The Regions Tradition is a PGA TOUR Champions major, held annually in Birmingham. While the 2020 Tradition was cancelled due to COVID-19, the giving continues. This year, a record $1.2 million was raised for charities. Today, we profile one of the nonprofits impacted by the record giving.

Even in the middle of a pandemic, Magic Moments continue.

For a 17-year-old musician in Mobile, Alabama, the gift is a music shed that provides a private space to hone her talent.

For two young boys in Birmingham, it means instead of a trip to Disneyworld, a backyard building project to create an adaptive playground.

Based in Birmingham, Magic Moments has created non-medical memories for children under 19 with chronic or life-threatening illnesses since 1984.

“Normally, the majority of our requests are for travel,” explained Sandy Naramore, executive director for Magic Moments. “Whether it’s going to Orlando for Disney World, New York for a specific ballet performance or Denver to meet a favorite athlete.

“But what’s been so unique during the pandemic is that we are getting so many unique requests.”

Such as the music shed, or the latest Moment: obedience training for an emotional support dog of a freshman at Jacksonville State University.

Thanks to the Regions Tradition and its charitable Birdies for Charity program, the nonprofit will have help fulfilling its mission. While the 2020 major event on the PGA Champions TOUR was cancelled due to COVID-19, the Tradition’s giving continues – in record numbers.

That’s important to children and families throughout Alabama. 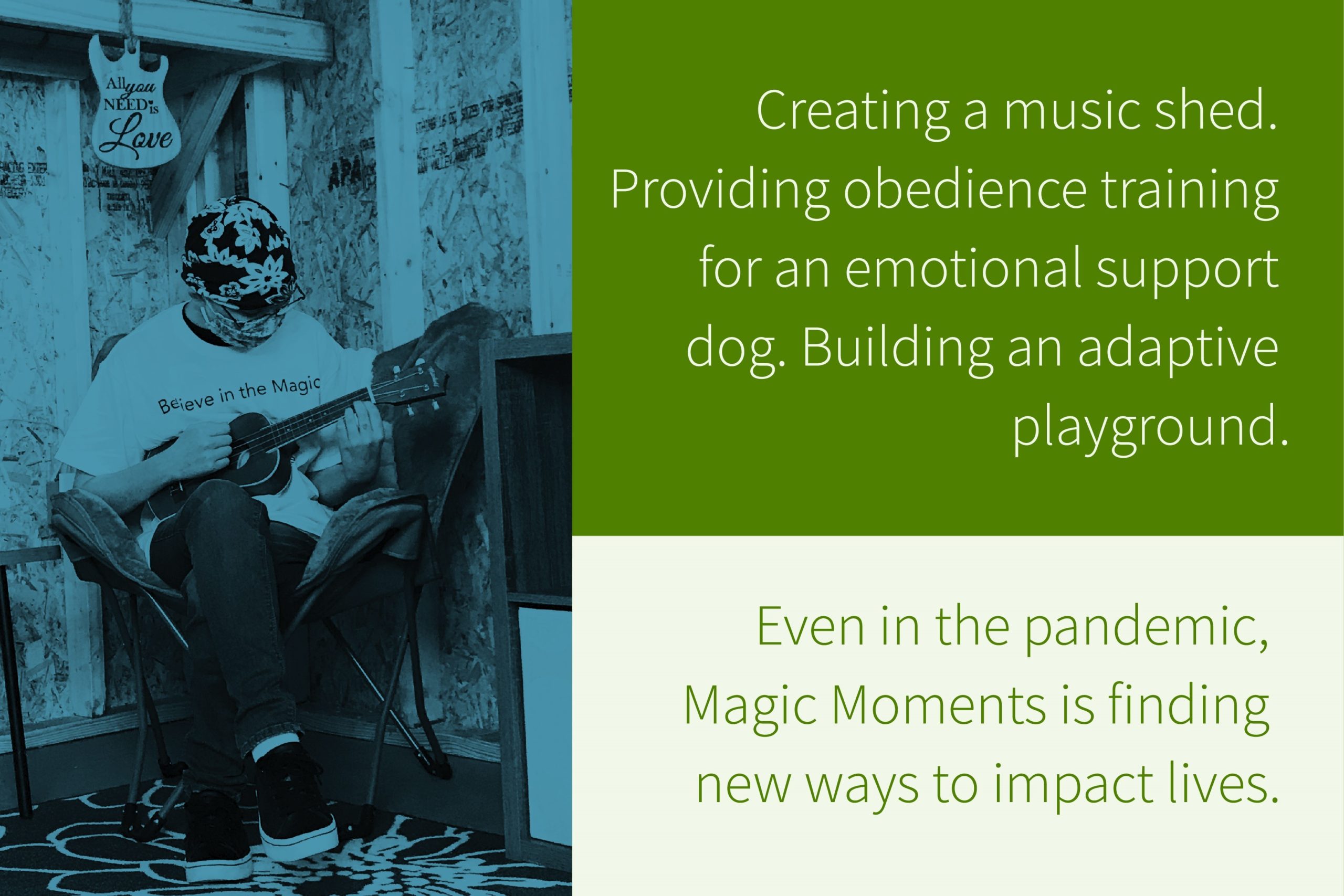 Since its inception, Magic Moments has created more than 5,000 memories for children in all 67 Alabama counties.

But never has fundraising been impacted more than in 2020.

“The pandemic has affected us in several different ways,” Naramore said. “Being a nonprofit, it has impacted fundraising because we’ve had to completely cancel major events – or at least postpone them until 2021. So, we’ve taken a big budget hit.”

Applications were down during the first half of the pandemic. But with fewer restrictions, the requests are pouring back in.

Magic Moments doesn’t want to let anyone down.

“Every dollar counts,” Naramore said. “We’ve gotten very creative in coming up with new fundraisers, but that hasn’t made up for the losses. That’s why Birdies for Charity is so tremendous. It will go toward helping create another Magic Moment for a child in Alabama.”