We are profiling just some of the Regions associates who make a difference by giving so much to their communities in our Evergreen Volunteers series. We hope these stories will inspire others to reach out and make a difference.

Cristi Ramirez came to Regions to further her career. A friend already worked there and had told her she’d have better opportunities to grow with the move.

Her friend said something else: she’d have more chances to give back to her community in Austin, Texas. That, especially, registered with Ramirez, the manager of the Shoppes at Onion Creek branch. She’s been involved with community organizations since she became a banker, volunteering with organizations such as Junior Achievement and Big Brothers and Sisters, and teaching financial education classes to students.

“I think the thing I’m most proud of is working for a company that says the employee has a voice — and means it,” she said. “I never worked anywhere your voice is so influential. It’s an incredible feeling to know if I believe in something, Regions will get behind me 200 percent.”

That point echoed when Ramirez got involved with the Hispanic Impact Fund, an Austin-based community organization that does … well, about everything: Workforce training, and assistance providing anything from food to diapers to rent during the midst of the pandemic.

I think the thing I’m most proud of is working for a company that says the employee has a voice – and means it. I never worked anywhere your voice is so influential. It’s an incredible feeling to ​​​​​​​know if I believe in something, Regions will get behind me 200 percent.
Cristi Ramirez, Shoppes at Onion Creek branch manager

“What set the Hispanic Impact Fund apart is how they identify the nonprofits that are making the most impact in low- to moderate-income families,” Ramirez said. “We’ve helped them raise $600,000 and get grants, which they then distribute to other, more niche organizations – usually run by a mom-and-pop crew.”

Ramirez was online for a meeting with the Regions Community Affairs team when she was asked about her community nonprofits that met Regions’ three pillars of strategic community investments: economic and community development, education and workforce readiness, and financial wellness.

“I just mentioned the Hispanic Impact Fund, because they were involved in everything, and I couldn’t believe the interest our Community Affairs team immediately showed,” Ramirez said.

Ramirez took a call from Schiela Peña, Regions’ Community Affairs administrator based in Indianapolis, who wanted to provide a rapid-response check to the Hispanic Impact Fund for $10,000, helping the nonprofit respond to rising needs in the middle of the pandemic.

The support from Regions would lead to outpouring across the community.

“The Hispanic Impact Fund was having trouble getting people to give money,” Ramirez said. “Once we cut the check, others started doing the same. They saw how Regions believed in this organization. For our team to believe – and act so quickly – blew me away.” 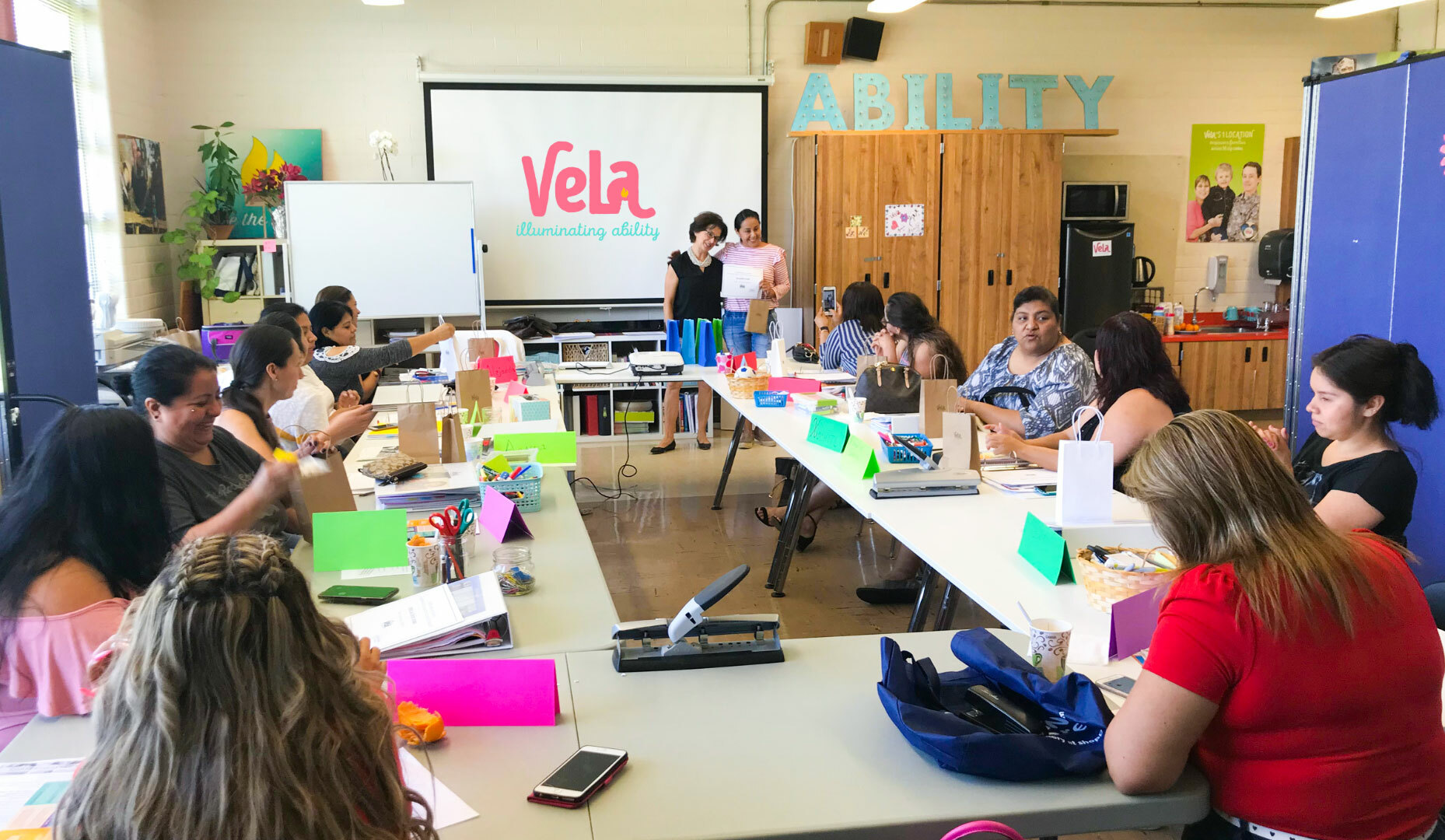 Ramirez’ experience with the Hispanic Impact Fund led her to other nonprofits in need. And when she learned of VELA, the mission really struck her, personally.

Also based in Austin, VELA works with children with disabilities and their families in a variety of ways.

When her daughter, Mariah, was very young, an illness left her with painful auto immune disorders, including fibromyalgia. With little external assistance on how to navigate, Mariah still managed to soar in school. But when she was accepted at the University of Texas-San Antonio, Ramirez learned that they would have to start from scratch offering proof of her disability.

That meant new applications, a new series of visits with physicians and recovering extensive medical records. In a word, Ramirez said she was “devastated.”

The Ramirez’s would somehow manage, without guidance. Mariah graduated and is now teaching school herself.

The first time I talked to the three of them – Cristi, Kathy and Schiela – was the most thoughtful conversation I’ve ever had with a corporate partner. Cristi not only offers her help,but she connects us with the people at Regions who add value to our programs.
Maria Hernandez, executive director, VELA

Now, in VELA, Cristi saw a nonprofit that provided the exact help she had needed. And she was determined to help them make a difference for the next generation of families. So, she reached out to Maria Hernandez, VELA’s executive director.

“Cristi hit the ground running from the moment we connected,” Hernandez said. “She took the initiative to get introduced to us. She said, ‘I want to take you to lunch because I want to know how I can be engaged.’ I was impressed with her initiative to be involved.”

And once Ramirez felt comfortable, she made more introductions. If there was a way to enhance one of VELA’s programs, Ramirez would find a way. 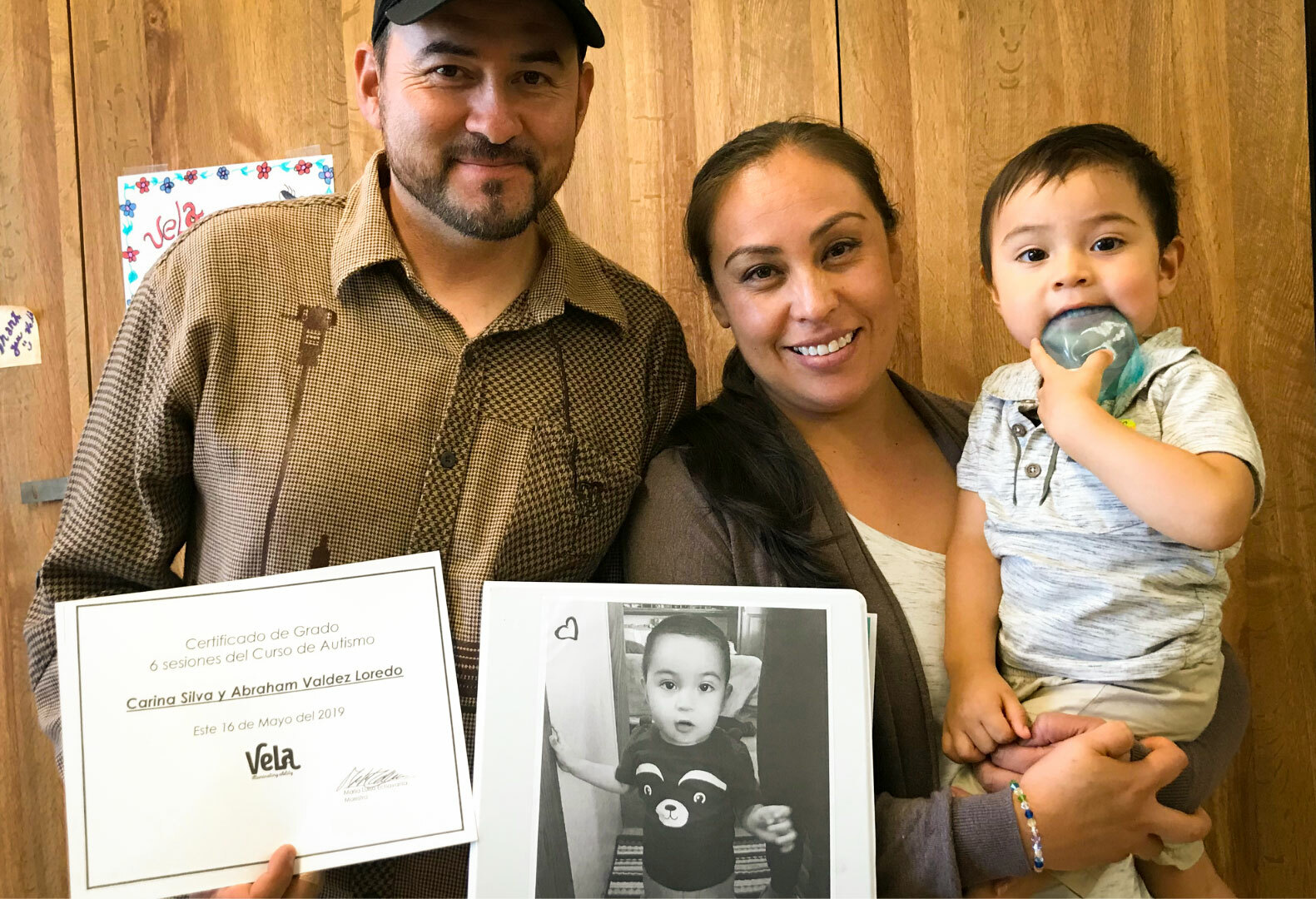 For a grant on work-force readiness, she brought in Peña, again. For financial education geared to VELA clients in Spanish, she called on Kathy Lovell, Regions’ Disability Services and Outreach manager.

“The first time I talked to the three of them – Cristi, Kathy and Schiela – was the most thoughtful conversation I’ve ever had with a corporate partner,” Hernandez added. “Cristi not only offers her help, but she connects us with the people at Regions who add value to our programs.”

Ramirez’ job is busy and demanding enough. But the pandemic brought a whole new set of problems to navigate for the charities she works closely with.

Yet the problems that COVID has created have also offered unique solutions.

“In a weird way I’ve felt I’ve been able to do more this year than in years past because so much is virtual now,” she said. “And this work, with what everyone has gone though, is even more important because there are many new needs.”