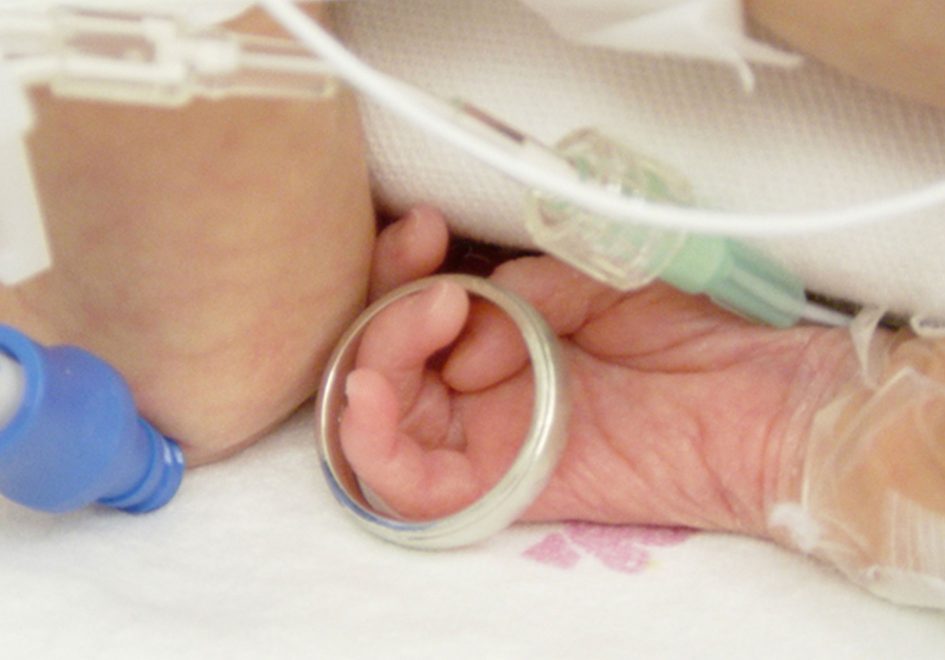 It was Friday morning, May 16, 2003, 33 weeks pregnant Lisa Clawson arrived at her doctor’s office for what was supposed to be a routine check-up.

Nothing about that morning was routine.

First, she got on the scale and learned she’d gained 14 pounds in two weeks — which seemed impossible, given that she’d only gained 22 pounds the prior thirty-three months combined. A nurse checked her blood pressure five different times. She knew something was terribly wrong. “By the time I had walked back to the exam room, the doctor was already there waiting for me,” she says. Her blood pressure was off the charts, her doctor said; if they didn’t take the baby now, she might have a stroke. “I turned to my husband and said, ‘Scott, we’re not ready for this!’ I was just out of control. Because you watch all the shows and read the books, but you don’t think anything like this is going to happen to you.”

The Clawsons’ baby daughter, Caroline Rose, was born just two hours later. Seven weeks premature, she weighed just three pounds, nine ounces and was whisked away to the Neonatal Intensive Care Unit (NICU) and placed on a ventilator because her lungs had not fully developed. It was the beginning of a nightmarish roller-coaster ride.

When Lisa was discharged a few days later, Caroline was still in critical condition. As the Clawsons saw other families buckling their newborns into car seats to go home, their own baby remained in the NICU. She was so small Lisa and Scott hadn’t even been allowed to hold her yet.

Two weeks later, Caroline contracted a life-threatening staph infection. When Lisa left her side for a few hours to attend her belated baby shower, she returned to find that Caroline’s condition had plummeted, resulting in two emergency blood transfusions. “After that, I got to a point where I was spending 12 hours a day at the hospital, writing everything in a notebook, and then going home to research it all,” she remembers. Caroline also developed sepsis, which can lead to organ failure, and at one point was given only a 25 percent chance of surviving.

Then, finally, the Clawsons got what seemed like the first good news they’d heard in a long time: Caroline’s body began fighting the infection. “I really think God gives you what you can handle,” Lisa says. “I had reached my breaking point, and that’s when she took a turn for the better.”

Caroline pulled through. So did Lisa, who describes that period as almost unbearably terrifying, an experience she wouldn’t wish on any parent—made even more so, she says, because she felt that no one could relate to what her family was experiencing. “None of my friends or family had been through anything like this,” she says.

Today, Caroline is a healthy, loving, and active girl. Her only lingering health challenges are asthma and a complication with one of her tear ducts—something that she may have surgically corrected down the road, but for now, she is too busy with school, friends, and her passion for dancing to be bothered. For Lisa’s part, she could be forgiven for wanting to forget those terrible first weeks when her daughter was fighting for life. But she sees value in sharing her story so that other parents of babies with health challenges will know they’re not alone.

When the March of Dimes—which is dedicated to the prevention of premature births and other issues that affect the well-being of newborns—approached Regions about participating in its 2012 fundraising campaign, Lisa volunteered to spearhead the bank’s efforts throughout the Dallas-Fort Worth area. She coordinated a Blue Jeans for Babies fundraising campaign within the bank and enlisted volunteers for this spring’s March for Babies fundraiser. She also took the opportunity to share with the March of Dimes one of her personal goals for the campaign: “I told them that I thought one of the best things they can do is to provide emotional support for parents, because when I was going through all of that, it would have been so nice if I could have picked up the phone and called somebody.” Part of the money she helped raise is slated to go toward establishing parent-support groups at area hospitals.

Meanwhile, Lisa has another message: “It can happen to anyone. I had no idea that even with the great health care that I had, I could still have a premature baby and all of the frightening things that come with that. So I know how important it is to keep the research going and do more to support the parents who are going through it.”

Meanwhile, she says she gives thanks every day for the joy of being Caroline’s mom. “All I have to do is go home and see my daughter come up and hug me, and I don’t care what’s happened in my day up until then,” she says. “Everything’s worth it in that moment.”
Lisa Clawson works for Regions Bank in Dallas, Texas.

This story was originally published on See The Good in 2012.