“Where are you from?’ Ginger Ricchetti asked with a smile as she greeted and directed guests in the Regions World Games Plaza.

“I have a goal to meet someone from every country represented here,” she explained. Already, she had met the Canadian floorball team and an athlete from Switzerland.

Ricchetti, who works in Application Development at Regions, is one of almost 400 associates from the bank who volunteered for The World Games.

With more than 3,600 athletes from more than 100 countries and 500,000 estimated spectators, it indeed takes a village of volunteers to make The World Games run smoothly. Almost 4,000 to be more accurate, and Regions associates account for nearly 10% of those volunteers.

Most volunteers from Regions could be found at the heart of it all – in the centrally located Regions World Games Plaza – greeting fans, visitors and athletes while providing directions and answering questions at the family-friendly, interactive environment.

“I’ve enjoyed talking to different people and helping them find their way around,” said Anne Siple from Commercial Banking. She found it particularly rewarding to be able help our international guests who didn’t speak much English, providing a friendly face and navigation despite the language barrier.

Volunteering was a big deal – and a big commitment – for associates. They were required to complete five hours of training and volunteer for at least two shifts. So, why would they choose to spend their time this way?

“I love Regions!” Teresa Yow, Application Development, declared proudly. “This was a way to give back to both the community and the bank.” As a bonus, Yow had the pleasure of meeting the youngest athlete at the Games – a 14-year-old from Japan participating in the drone racing competition – as he was strolling through the Plaza.

“It’s such a cool thing to have in Birmingham,” said Jessica Tapia from the Contact Center. “I couldn’t pass up an opportunity to be part of it.”

Meet a few more associates who served as the face of Regions during The World Games: 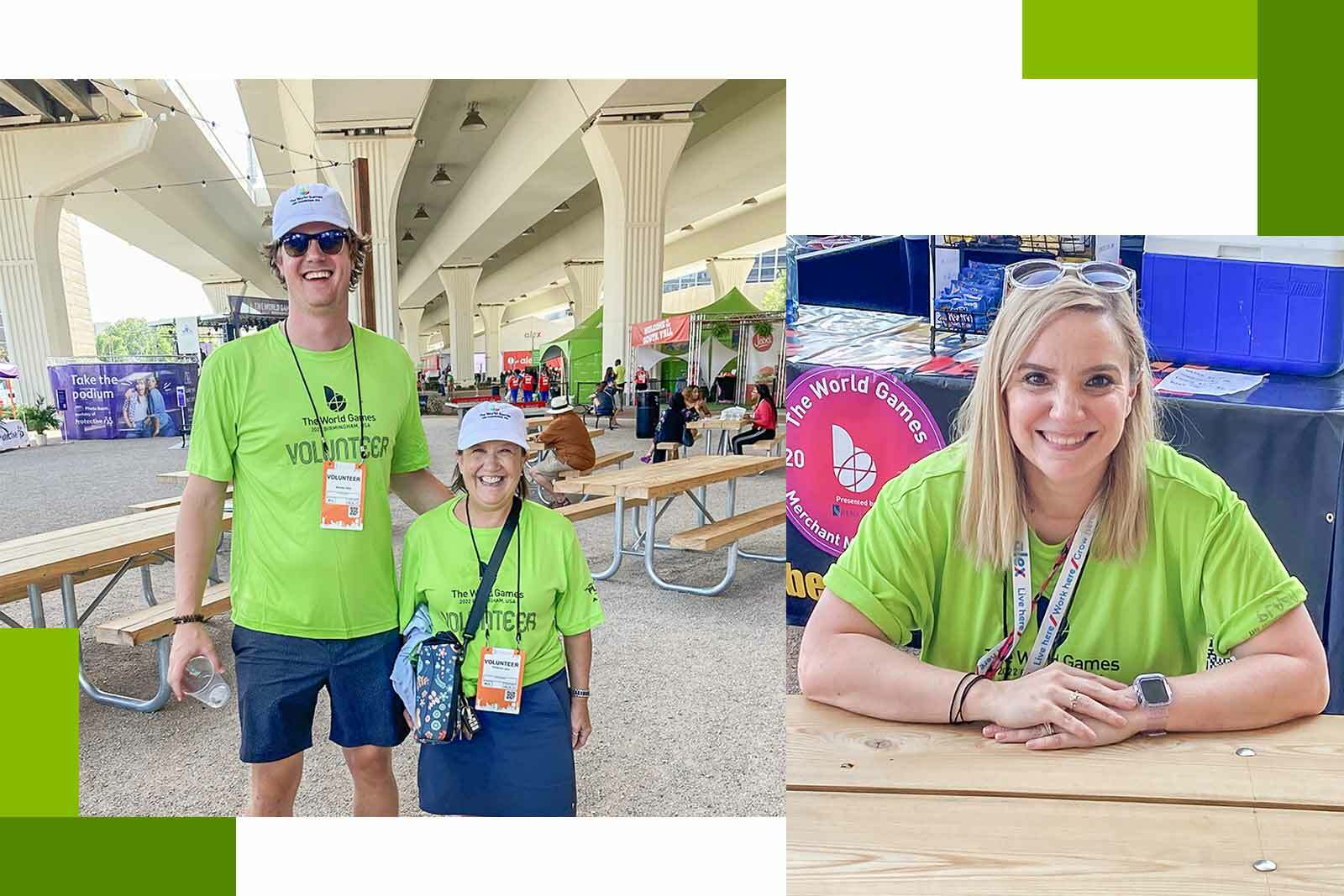 Leon gathered several associates on her team to volunteer together. “I thought it would be a fun teambuilding thing to do,” she said. Several on her team agreed. “Becky started the trend for the team, and I wanted to do my part to help the city,” stated Heitz. Moryouseff said it was a fun way to bond with teammates outside of the office, plus “it’s neat seeing City Walk and all of the upgrades for the Games around the city completed.”

Lee has been involved with the World Games since 2016, when Regions first became a Foundation Partner. “It is an important undertaking for our city and state that so many people have poured so much time, money and passion into – that I wanted to do what I could to help!”

Jeff saw The World Games as a once-in-a-lifetime opportunity to participate in an event of this magnitude and to show old and new visitors to Birmingham how great a city it has become. “It’s not always this hot!” he added. “Seriously, Birmingham is a welcoming city, with great diversity, changing seasons, and you can play golf pretty much year-round.”

Liu was able to volunteer at sporting events located at Birmingham-Southern College, driving a golf cart transporting athletes from one location to another. Liu was living in Vancouver during the 2010 Winter Olympics but missed the opportunity to volunteer then. Now that he is in Birmingham, he wasn’t going to pass up the opportunity to be part of The World Games. “Also, I learned from other volunteers (outside of Regions) how largely Regions has been participating in The World Games events and their positive impression on Regions’ footprint can be seen everywhere from The World Games Plaza to even playing fields, bringing people convenience and fun.” He noted that one of Regions’ mobile ATMs was located on Birmingham-Southern’s campus during the Games.

“This is a once-in-a-lifetime opportunity and another way to be part of the Regions team,” said Hunter. When asked what he would tell our international guests the best part of being in Birmingham is, he replied, “The southern hospitality. And the food, of course.”

Regions Bank is a Foundation Partner for the 2022 World Games in Birmingham and is headquartered in the city. With more than 6,000 local associates, Regions provides a wide variety of community support through sponsorship, donations and volunteers – including nearly 400 for the World Games.