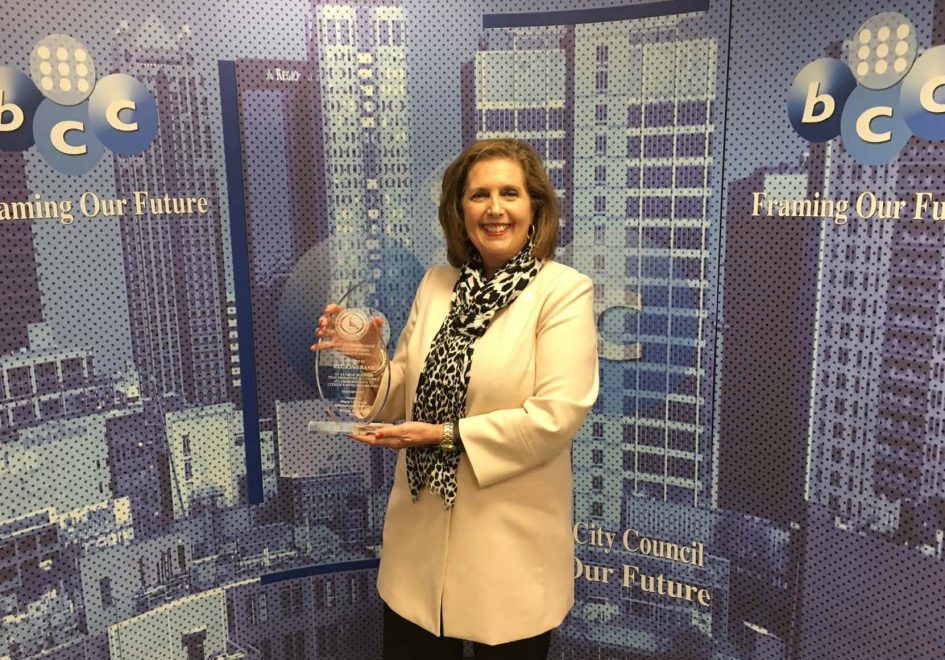 Kathy Lovell accepts the Above and Beyond Award for Regions.

The Birmingham City Council presented Regions with the 2016 The City of Birmingham Above and Beyond Accessibility Award this week, as part of a ceremony recognizing businesses, individuals and agencies that “have gone beyond the normal requirements for providing accommodations and advocacy efforts for persons with disabilities” in 2016.

Regions was recognized alongside other agencies, including the Salvation Army.

Regions also made the Regions Center, which was already ADA compliant, even more easily accessible for customers and associates. Improvements included:

State Sen. Linda Coleman-Madison, who recognized Regions’ focus, stated “Regions has done so much, particularly with products and services, and parking. You’ve gone beyond the normal requirements. We’d like to recognize Regions as a business that goes above and beyond.”

“I appreciate Regions for giving us the opportunity to make life better,” Lovell said. “Everyone wants to do their own banking. Putting in these products and services, by making facilities accessible and user friendly, allows for independence for everyone.”