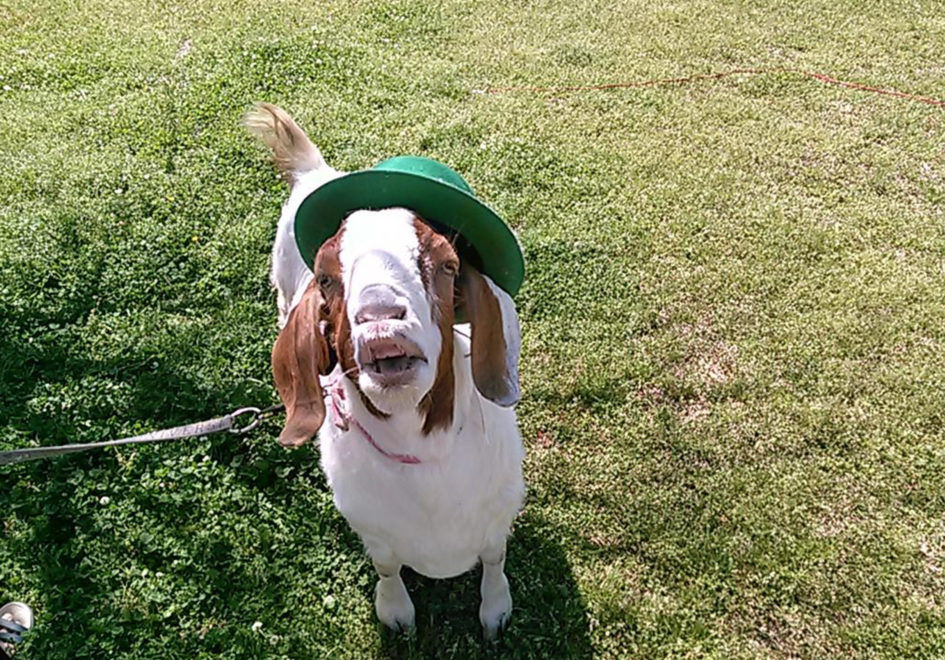 After nearly seven years, James Carver of Atmore, Alabama knows what to expect when he takes his goat, Frances, out on errands in his truck. “I’ll pull up to a red light, and you always hearing people saying, ‘That’s not a dog—that’s a goat!’” James laughs. By the time he gets home, he almost always has a text from his daughter: “Well, Frances is on Facebook again.”

Atmore, population just over 6,000, may be a small town, but it’s big enough for a goat in a pickup to garner a lot of attention. And that’s how her role in the Carvers’ life changed quickly from a farm animal who might be useful for clearing brush to a family pet and local curiosity.

It started when James’ wife, Delois, suggested they get a goat to help clear the underbrush on some nearby property they own. A friend helped them find one, a baby Boer goat whose mother had rejected it. “So we go look at this goat, and my wife falls in love.” Still bottle fed at the time, Frances was too small to eat enough underbrush to be helpful, and the plan was quickly abandoned—she became a pet, pure and simple. James takes her out for a ride in his truck at least a few times a month, and Frances loves it. The Carvers are longtime Regions customers, and Katie Findley, an associate at the Atmore branch, knows Frances well. “When James comes to the bank, he’ll bring the goat because he knows I like to see her,” Katie explains. “Seeing her around is something that makes the community feel good.” The Carvers also take Frances out to local festivals and accessorize her for special occasions—a Santa hat during the holidays, a green hat for St. Patrick’s Day and bunny ears at Easter.

So while no one has ever tried again to get Frances to clear any underbrush—in fact she rejects food that’s so much as been dropped on the ground—the Carvers are always glad if seeing Frances lightens somebody’s mood. “It does me and my wife good,” James explains, “to know that whenever we load that goat up on the back of my pickup, she’s going to bring a smile to somebody’s face that day.”

KATIE FINDLEY is a Regions associate.