Natalie Grant is a nine-time Grammy nominee, but her biggest passion away from the recording studio was ignited by a trip halfway around the world.

“Back in 2005, I saw two little girls up for sale on the street in India,” Grant said. “My first thought was, ‘I don’t know what I can do to help.’ But I knew I could do something to make a difference.”

This new mission would lead her to Ben Cooley and Hope for Justice, an international nonprofit that focuses on combating the global human trafficking trade. Hope for Justice established an American base of operations in Nashville, Tennessee, in 2013.

Cooley’s ideas for Hope for Justice started in England 11 years ago.

“I went to an event a friend was running in a small town hall in Manchester,” Cooley recalled. “They talked numbers – 2 million children every moment are victims of human trafficking. So, I did what any passionate, 26-year-old opera singer in England does. I rented an arena to tell everyone what was going on.”

Today, Hope for Justice has offices from Asia to Australia, from Africa to Europe, and in the Americas.

Regions Bank has a close partnership with the organization. People who work in financial services are often on the front lines of the fight against human trafficking. So Regions works with Hope for Justice to train bankers to recognize signs of human trafficking.

“Just recently, we rescued a 14-year-old girl who had run away from home, only to be manipulated by someone and then trafficked (in the sex trade),” said Richard Schoeberl, the U.S. Investigations Team Leader and a law enforcement veteran. “We worked three days and nights straight before we found her. Thankfully, she had only been trafficked once before she was rescued.”

According to Hope for Justice, one in six runaways is likely a victim of child sex trafficking. While stopping human trafficking is a priority for local law enforcement, agencies are stretched thin. That’s where an organization like Hope for Justice can help carry the banner.

“Regions helped make that rescue happen with funding,” Schoeberl said. “But the commitment goes beyond that. I recently spoke to a group in Washington, and we struck up a conversation about how Regions Bank is training customer-facing associates across 15 states. And everyone there was like, ‘Wow, how do you do this?’ It shows that Regions is a company ahead of the curve, and what Regions is doing is bringing other major banks to the table because they now see there’s a blueprint to help.”

Cooley said Hope for Justice works with financial institutions to identify and stop the flow of illicit gains from human trafficking – while also working with lawmakers to encourage new legislation further cracking down on the crime.

“We rescue people and restore them by taking the children back to their parents,” Cooley said. “Unfortunately, this is a problem that knows no boundaries. Human trafficking happens on the streets of any American city as easily as it happens in remote villages in Africa.”

Once people learn how far-reaching the problem is, they often offer help. For Grant, Cooley and Hope for Justice, their biggest job is spreading the word.

Traffickers take money out of victims’ accounts, rack up debt, destroy credit and identities. Banks are at the forefront of this and can change the game fast.
Ben Cooley, Hope for Justice CEO

“I can’t overstate the importance of businesses responding to human slavery,” Cooley said. “The most vulnerable people are being exploited, and it’s more than the physical and emotional scars that are left behind. Traffickers take money out of victims’ accounts, rack up debt, destroy credit and identities. Banks are at the forefront of this and can change the game fast.

“Regions is leading the way in this sector because of a moral and ethical duty,” Cooley added. “This isn’t an overnight fix, because there are many avenues to address. But the training Regions is doing is a big step – and a step that should be celebrated. Banking influences other businesses, and Regions is an example of taking action that changes the entire culture of the industry.” 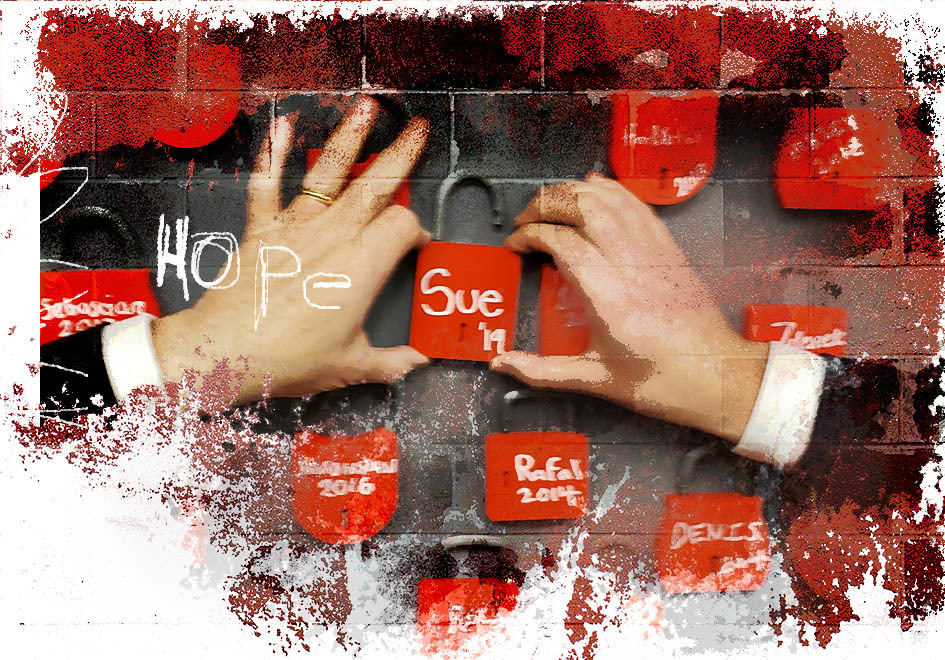 ‘It’s Not For the Faint of Heart’