Emma Bowen went to Habitat for Humanity looking for a new job. She landed one and much more: a new house.

“When Jeff told me I had been selected for review by the committee and then approved by the board, it felt unreal,” said Bowen, a Habitat for Humanity of Central Arkansas ReStore staff member in Little Rock.

“Emma was giddy,” he said. “She took all kinds of measurements and was making plans for furnishings.”

Bowen has been surrounded by an abundance of furnishings since she began working at The ReStore of Central Arkansas, a Habitat–owned and operated retail location, last March. The ReStore accepts new and gently used donated furniture, appliances, building supplies and housewares and sells them to the public. The proceeds are then reinvested to help Habitat clients achieve self-sufficiency. 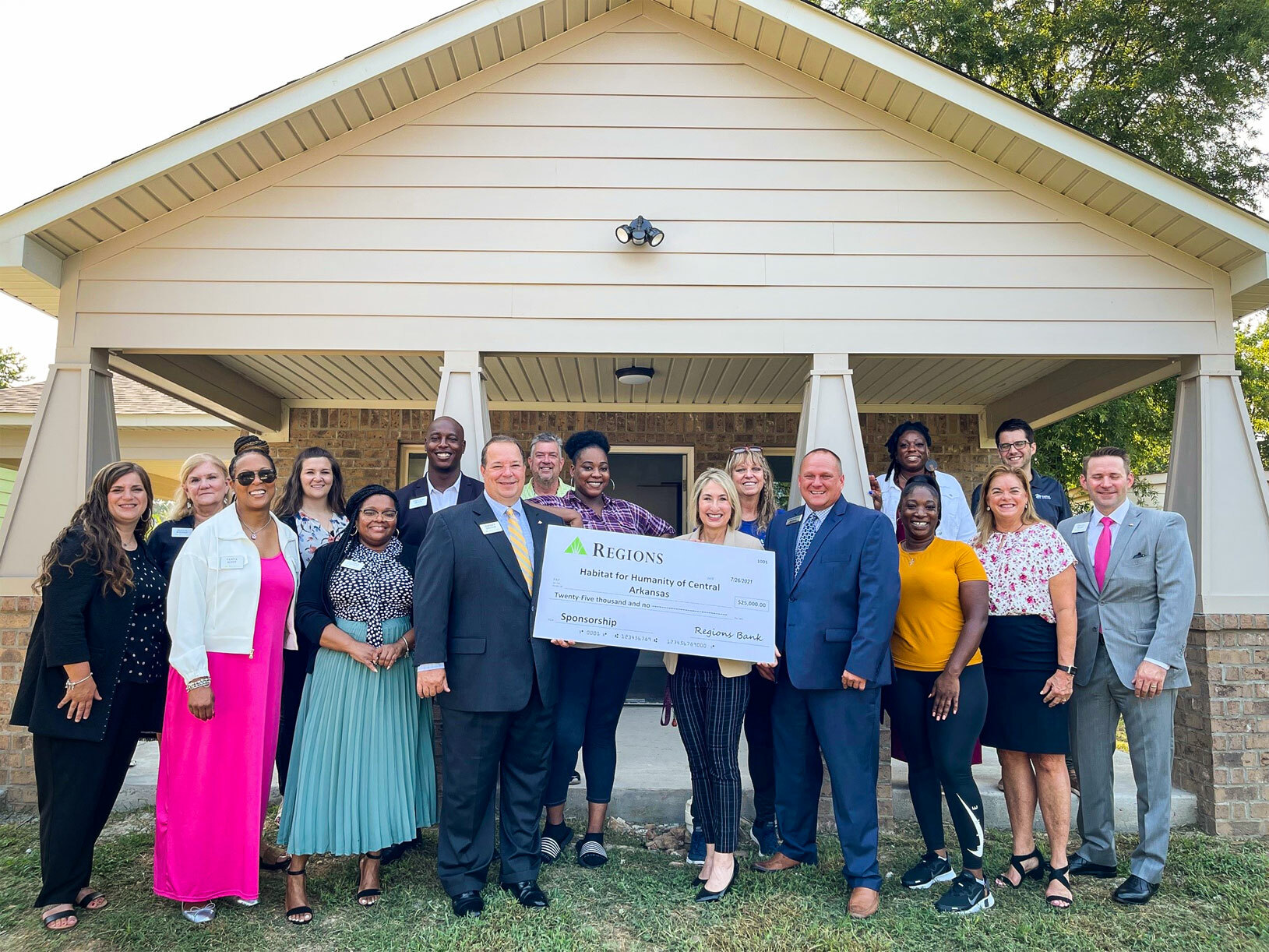 “Habitat for Humanity has always been an important cause to me,” said Abston, who serves as treasurer of Habitat’s Central Arkansas Board of Directors. “Providing families with a hand up and creating the next step to homeownership is what Habitat does. I feel fortunate to be able to assist with their mission.”

Someone else who feels fortunate? Bowen, whose selection was as much of a surprise to Habitat’s Selection Committee as it was to her. The nonprofit keeps nominees’ identities confidential until they are confirmed to ensure the process is fair. Bowen had never even considered applying for the program until a ReStore colleague encouraged her to give it a shot.

She’s glad she did.

“Homeownership is unfortunately rare among my peers as home prices rise and become unaffordable,” Bowen said. “Until I received the incredible opportunity to own a Habitat for Humanity home, it felt like I would be stuck renting for years. This has really jumped my life forward. To me, being a homeowner means freedom and independence.”

Achieving that freedom and independence has involved putting in sweat equity. For Bowen, that meant volunteering additional hours at the ReStore beyond her paid shifts. It couldn’t have come at a better time for her or for Habitat given the increased volume created by people purging and purchasing items while redecorating during the pandemic.

“Our ReStore is handling 100 transactions per day,” said Kelly Fleming, executive director of the Habitat Central Arkansas affiliate. “People are in and out all day long, and that’s especially been the case during the past year–plus. Our team members have been on the frontlines.”

Bowen considers interacting with ReStore customers and learning to drive a forklift the top perks of the job.

This is a chance to do our part to help and provide support that lifts up our entire community. We can be part of helping families achieve the stability to have a family pet, a yard to play in and resources to prosper.
Rodney Abston, market executive for Regions in Little Rock

“It’s fulfilling to me to help others, and I’m able to do that directly for people by assisting them in finding affordable pieces of furniture,” she explained. “It feels good to put in work and know that my efforts are going to build homes to further Habitat’s mission.”

“Emma has worked hard at the ReStore, and she’s worked hard for this opportunity,” said Fleming. “We are all so thrilled for her.”

The work ethic Bowen and additional homeowners demonstrate is something Rodney Abston has also observed through his personal involvement.

“The people and families served by Habitat are incredibly hard workers,” he said. “Many have just never had an opportunity to save a nest egg. This is a chance to do our part to help and provide support that lifts up our entire community. We can be part of helping families achieve the stability to have a family pet, a yard to play in and resources to prosper.”

Bowen knows the life-changing gift of her new home comes with additional work to do outside of the ReStore. She doesn’t mind one bit.

“Living in my home will come with many new responsibilities,” she said. “Things other people did before such as watering the lawn and maintaining appliances will now fall to me. But I know I will not be alone through this process. I am very fortunate to have family and friends who are going to be there to support me in my transition into homeownership.” 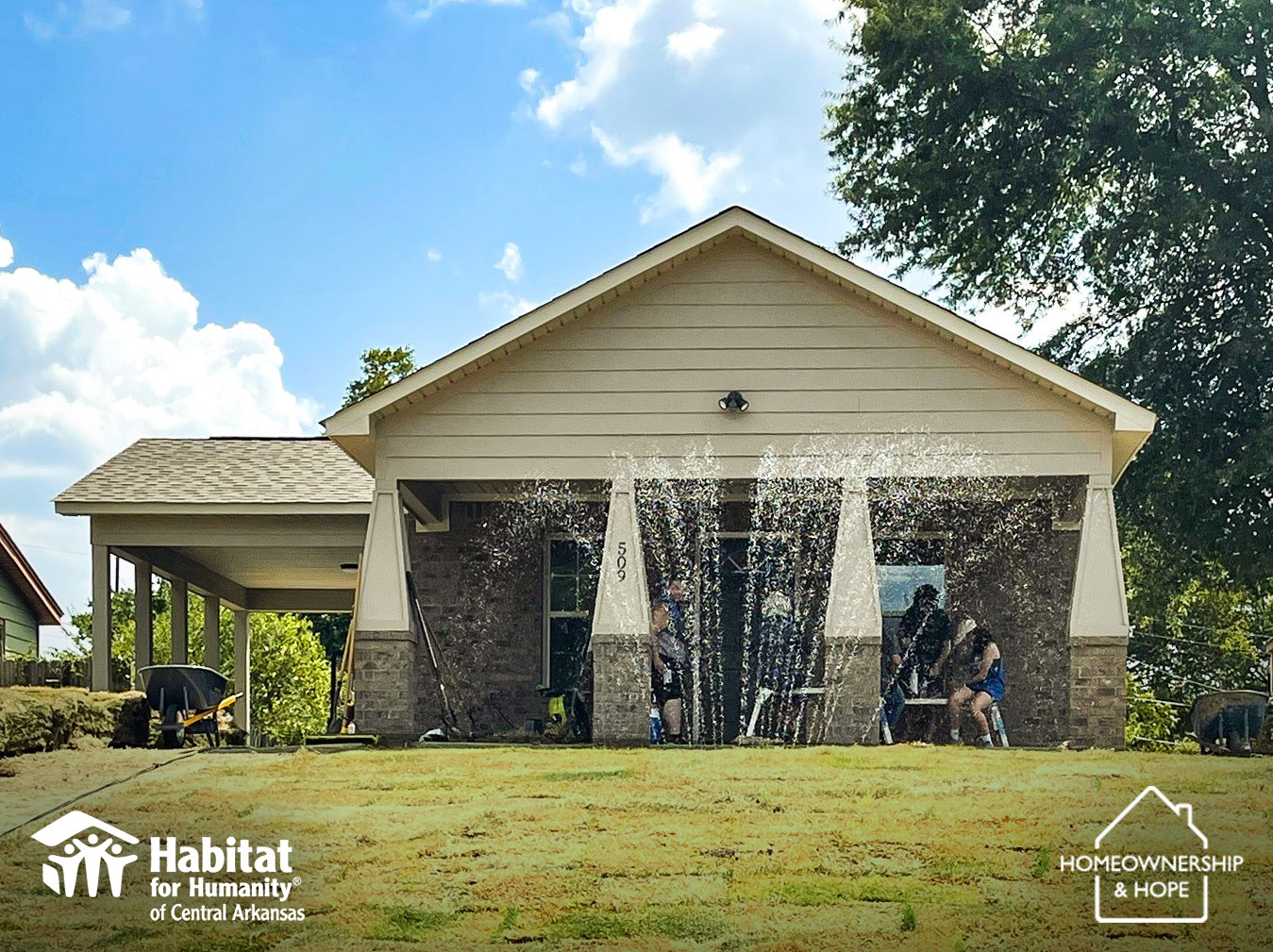 Kelly Fleming feels a similar sense of appreciation that Habitat Central Arkansas is not alone in its work to make dreams come true in Little Rock.

“Helping families achieve homeownership only happens with the support of great friends like Regions Bank,” she said. “We’re so grateful to the bank and to Rodney. He always answers the phone when I call.”

Abston wouldn’t have it any other way.

“You get out of it what you put in,” he said. “The volunteers, donors, the sweat equity holders … it takes everyone to transform people’s lives. And that’s exactly what we’re doing.”