See how tnAchieves delivers hope for a new generation.

Like most parents, Chris Parrott thought she had a great plan in place. For 18 years, she set money aside to send her daughter to college.

But even her best effort couldn’t keep up with the skyrocketing costs of college.

In another time, in another place, the Parrotts could have faced huge student loans and saddling a college freshman with debt. But thanks to an innovative state-wide program, Abbey Parrott is attending Pellissippi State Community College for free thanks to Tennessee Promise and tnAchieves.

Beginning this ongoing academic year, Tennessee Promise allows students in the state to attend a technical college or community college at no cost through scholarships. Meanwhile, tnAchieves is a partner and the gateway to post-secondary education, providing mentoring and ensuring high school students are ready to achieve on the next academic level.

“This is two years of free education,” Chris Parrott said. “It really went from Plan B to Plan A because of what it afforded us in terms of paying for her education.”

Krissy DeAlejandro is the executive director of tnAchieves, which was first established in 2008.

“This is a game-changer for our state,” DeAlejandro said. “It’s an economic development initiative. It’s also an opportunity for students to feel the state really has their back when it comes to their future, which I love about the program.”

Dr. Anthony Wise is president of Pellissippi State Community College, located in East Tennessee. In a short time, he has seen the impact the scholarship and mentoring programs have had on his students.

“To see tnAchieves supporting Tennessee Promise is one of the most exciting things to happen in higher education – not only in the state but around the country – in the last 10 years,” Wise said.

Providing the financial assistance is one thing. But Wise said the programs also eliminate the intimidation of applying for financial aid, which often discourages potential students who don’t have the community resources to seek for help.

Graham Thomas is part of a staff of 17 and serves as director of community partnerships for tnAchieves. Thomas’staff has worked with 15,000 college students and is prepared to help as many as 60,000 high school students in the upcoming year.

“We can’t do it without the volunteer mentors,” Thomas said.

So how do you find large numbers of volunteers?

“The best way for us to find a lot of people really quickly is to find places like Regions, places where there are a lot of active, engaged employees,” he said.

A Regions associate, Ramon Rodriguez serves as a mentor even though he lives in Miami.

As the Community Affairs Manager for Regions in Florida, East Tennessee and the Carolinas, Rodriguez learned of tnAchieves through a coworker in Morristown, Tenn., who had mentored students the year before.

“Because the mentoring program is so well structured, scheduling is easier than it sounds,” Rodriguez said. “I’m able to meet the students face to face. Then, every two weeks, I’m able to send voicemails, text messages and emails to the students to make sure they stay on track with the application and enrollment process.”

Rodriguez said he’s impressed with how progressive the tnAchieves program has become. Originally in 18 counties, and limited to pockets of East Tennessee and Memphis, it is now statewide.

Randy Boyd is an architect of tnAchieves, a program first developed in Knoxville that succeeded by raising money for scholarships from the private sector.

Not one to merely create, Boyd has been an active participant and part of the mentoring team for seven years.

“I can tell you personally that when you can work with a young person who’s the first person in their family’s history — sometimes the first in their community’s history — to ever go to college, having someone by their side offering advice and encouragement makes all the difference in the world,” Boyd said.

Commissioner of Economic and Community Development for the state of Tennessee, Boyd is also involved with the statewide program Drive to 55. The goal is lofty: Tennessee wants 55 percent of its workforce to have completed post-secondary training by 2025. Boyd said that would guarantee state businesses “workers for generations to come.”

Regions’ West Tennessee Area President David May was enlisted to be part of the Drive to 55 leadership team.

“The governor came to Memphis and asked several of our largest corporations to get our associates engaged,” May said. “I reached out to our associates and had to get out of the way.”

May said associates were able to select the high school they wanted to partner with, then were assigned students to mentor. “It’s just been incredible.”

DeAlejandro believes people and companies like Regions get involved because they see the opportunity to push the state of Tennessee forward. And that feeling of helping, through mentorship, is contagious.

“One person dives in, then shares their story with someone else,” she said. “Before you know it, we have over 100 mentors coming from one entity. But think of all the stories, all the lives that truly touches. Without corporate support, without businesses really buying in, it doesn’t work.”

Perhaps no one appreciates tnAchieves more than Chris Parrott.

Yes, she’s the mother of Abbey, who attends Pellissippi State on a scholarship.

But she’s also a tnAchieves mentor. And she works as the Regions At Work Coordinator at Regions, where many of her co-workers are involved as mentors.

“I’m proud of my state,” Chris Parrott said. “I’m proud of Tennessee and the innovative things they are doing for education. I guess I’m even more proud to be a Regions employee and what we are doing to provide the financial tools and the financial resources for these students so they can take their next step with education.” 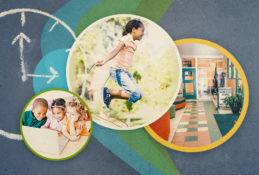 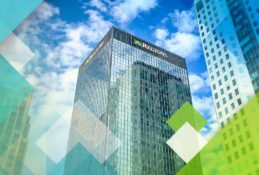 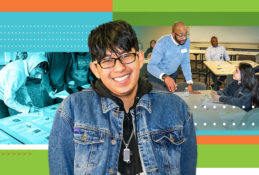 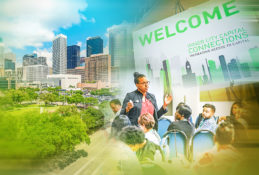