Small businesses are the heartbeat of communities, and many have been especially challenged by the COVID-19 pandemic. Regions is proud to serve small-business owners across its footprint – and share their stories of resilience and strength.

Joe Palma was tired of the corporate rat race. His daughter, Tina Folts, was similarly frustrated after leaving a good job with the state Attorney General’s office to be a stay-at-home mom. At least initially.

Both had wanderlust for a new adventure.

“Tina didn’t want to go back to work, so she started a home daycare for about a year,” Joe said.

Like mother, like daughter. Joe’s wife and Tina’s mom, Grace, had done the same thing when Tina was young, so there was experience in the small-business world. But the next step was one Joe was unprepared for.

“One day, Tina said, ‘Dad, let’s start a business together,’” he chuckled.

He hemmed and hawed while she went to work, researching prospective businesses. The idea intrigued Joe – a few friends had left their corporate jobs to run child care businesses. But he had a good job and security. So, as Tina homed in on opportunities, he came up with every reason not to do this.

That was until she discovered Primrose Schools, a chain of accredited early education centers. Primrose had a sterling reputation and was perfect match for Tina’s long-term vision for her own small business. 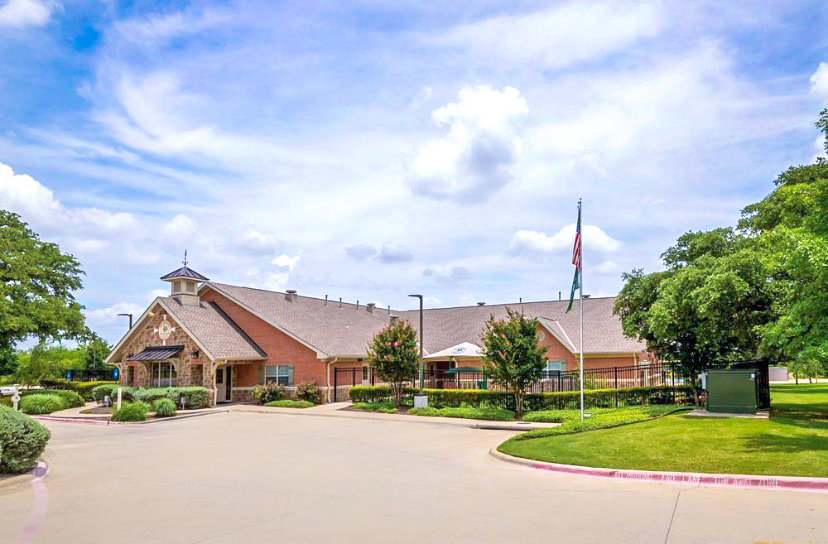 “I was at Dad’s house, and I took a phone call from Primrose and said, “I have a roadblock. It’s my Dad,’” Tina said. With that, she handed the phone to Joe, who talked to the Primrose administrator. They conversed and connected, then set up a lunch meeting that would lead to a new life.

And that’s how Primrose School of Georgetown came to be.

“We paid the franchise fee, and, honestly, I lived in fear for a while not knowing what would happen,” Joe confessed. “Yet we made it work.”

With help from their spouses. While Joe set up the financial end, Tina focused on the academics and operation. Meanwhile, Grace kept her job, as did Cory Folts, Tina’s husband, ensuring there would be steady income.

“It was scary. But I have faith in Joe. When he sets his mind on something he gets it done,” Grace said. “Joe and I always had a good work ethic. We could live anywhere. But we just emptied our nest egg.”

The gamble paid off handsomely. For the next eight years, Primrose of Georgetown grew, and Joe and Tina expanded to a second location. Grace came on board. And Tina and Cory began thinking of the next move as Joe and Grace started openly discussing retirement, ensuring the business would continue.

Tina and Cory reached out to their original banker about buying the business outright from her parents, “but he made it sound daunting.” They explored other banks, without much success. Then a conversation with another Primrose owner led to a simple conclusion: “Call Trent Kimball at Regions.”

A Relationship Manager based in Fort Worth, Kimball took the Folts’ call and provided instant inspiration.

I also knew by applying a Regions 360 approach to the relationship that we could help them not only with this generational transaction, but with their long-term future.
Trent Kimball, relationship manager for Regions Bank

“The first time we talked to him, before we hung up the phone, we asked, ‘is this realistic?’” Cory said. “He said, ‘Yes. We can get this done.’ We hung up with a laundry list of things to do. And it got real.”

“A little while later we called him up and said we have half of it done. What’s our time line? Six months? A year? He said, ‘No, three months.’ His eagerness and ability knocked it out of the park.”

For Kimball, the rapport was instant.

“We connected and I realized immediately we could get this done,” he said. “And I also knew by applying a Regions360 approach to the relationship that we could help them not only with this generational transaction, but with their long-term future.”

Regions360 describes a philosophy of serving customers as a team. Bringing in members from across Regions’ lines of business – Consumer Banking, Commercial Banking, Mortgage Banking, Wealth Management and others – who work together to deliver holistic, customized solutions to meet the comprehensive financial needs of individual customers and businesses.

Joe is adjusting to full-time retirement. Grace has more time to spend with her elderly mother. And Tina and Cory are working together to make the Georgetown franchise an even bigger success. After splitting her time at two schools, she’s focused on the original as Joe sold the other location.

“Managing two schools became too heavy, and I wasn’t enjoying my job,” Tina said. “Yes, two schools meant more revenue, but it was more important to me that I did a great job.”

It’s a generational business that, 10 years ago, no one saw coming. Now, it may eventually be passed down to the next generation.

“Our oldest daughter turns 11 this month,” Tina said. “She’s already called dibs on this when she grows up.”

Designs on the Future