We are profiling just some of the Regions associates who make a difference by giving so much to their communities in our Evergreen Volunteers series. We hope these stories will inspire others to reach out and make a difference.

For Nicole Woodson, community development manager for Regions Bank, serving the community isn’t just something she does, it’s part of who she is.

“The community poured so much into me when I was growing up, and my parents instilled in me the importance of pouring back into the community,” says Woodson.

She grew up in Indianapolis, Indiana—the place she still calls home—and as a child she would accompany her mom, a homemaker, when she visited residents in nursing homes. As a teen she became involved in the prison ministry of the church where her father is pastor. 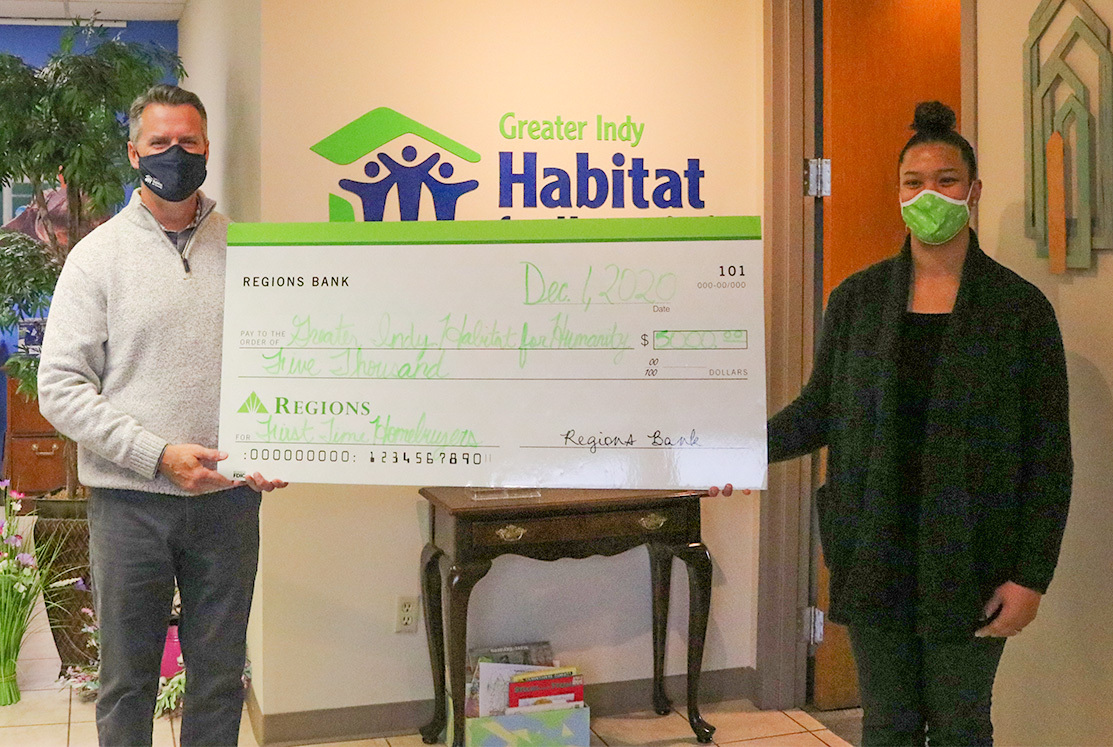 “I was a first-generation college student, and CLD was instrumental in helping plant the seeds that started me thinking about college and my career.”

While attending college at Indiana University Purdue University-Indianapolis, Woodson began her career working as a bank teller and viewed the job as another way to serve—listening to customers and offering advice on how they could improve their financial lives.

“In every job I’ve held, I always look at it as an opportunity to help others,” Woodson said.

C. Daniel Graham Sr., remembers meeting Woodson in her teller line back in 2003, when he was starting out in his career.

I was a first-generation college student, and CLD was instrumental in helping plant the seeds that started me thinking about college and my career.
Nicole Woodson, community development manager for Regions Bank

“I always wanted to be in her line because at that time,” Graham said, “I was trying to figure out my finances and Nicole was more than a teller; she was a teacher who took her time to guide me through my accounts and answer any questions I had.”

In 2018, Graham found himself working at the Center for Leadership Development. By chance, a colleague passed along Woodson’s business card and suggested he reach out to her to discuss sponsorship opportunities with Regions. Although he didn’t immediately identify the name, when he went to LinkedIn to research more about her, before he reached out to make an ask, he recognized her as the teller who helped him navigate his finances years ago.

Graham knew right away he wanted to find a way to get Nicole involved. As they began to discuss opportunities, Graham discovered that Woodson was an alum of CLD and they started to work on ways to identify and engage other alumni, with Woodson eventually becoming president of CLD’s alumni group.

For Nicole, it was a “full circle” opportunity. “This was a way for me to give back to an organization that had a profound impact on me when I was growing up,” says Woodson. She worked on organizing events for the more than 11,000 alumni that are spread all over the world. She has also served as a facilitator for several of CLD’s programs, conducted financial education classes for high schoolers, and helped facilitate Regions’ annual sponsorship of a student with a scholarship at the CLD Minority Achiever’s Awards & Scholarship Gala.

If our world cared as much about each other as Nicole cares for others, we would all be better for it.
C. Daniel Graham Sr.

And while CLD is near and dear to her heart, Woodson’s service extends far beyond one organization. She has also sat on the board of ACE Preparatory Academy, a charter elementary school in Indianapolis, where she served on the fund development, organizational excellence and finance committees. Additionally, she participated in a virtual read-a-thon, helping raise over $10,000 for the organization. She currently serves on the board of the West Indianapolis Development Corporation, frequently participates in volunteer opportunities with Junior Achievement and serves as a judge for the Edna Martin Christian Center pitch contest.

In her “spare time,” Woodson helps senior citizens in the community, is on the praise team at her church and works with the church youth group, sharing the importance of giving back to the next generation. 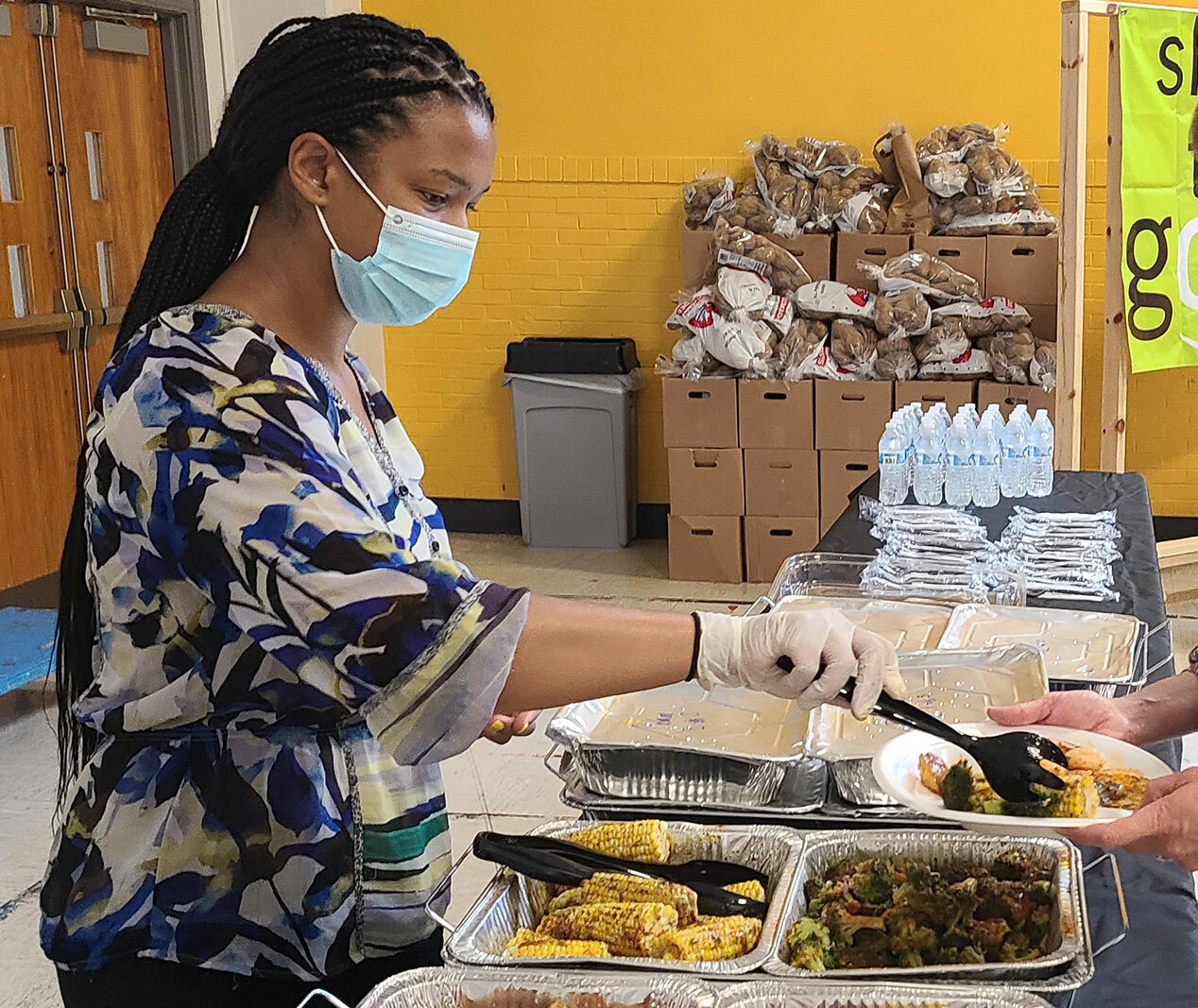 As for Graham, he took a new position as Director of PATHways at the PATH School in Indianapolis, an innovation restart school that focuses on academic achievement while nurturing students’ social and emotional growth. One of his first tasks was to create a workshop demonstrating the power of community engagement in schools. He knew just who to look to for input. “Nicole understands the shared value created through community partnerships and how organizations can mutually benefit.”

He calls Nicole’s dedication to serving others not just a mindset, but a “soul set.” “She is about service through and through,” states Graham. “If our world cared as much about each other as Nicole cares for others, we would all be better for it.”