Debbie Miller gets goosebumps every time she hears it.

“We’re so fortunate to go out into the community to provide access to glasses,” said Miller, an area lead with Essilor Vision Foundation, a nonprofit that provides free vision screenings, exams and glasses to children in need. “Being able to see gives back confidence and independence. Being able to see affects everything.”

Essilor estimates 12 million children in the U.S. need vision care that they’re not currently receiving, with over half living with blurred vision. Since its 2007 founding, Essilor has given children more than 1.5 million pairs of free glasses. The nonprofit’s Kids Vision for Life (KVFL) mobile clinic travels North Texas with Essilor team members, including contracted doctors, to provide free vision services at schools and community partners. 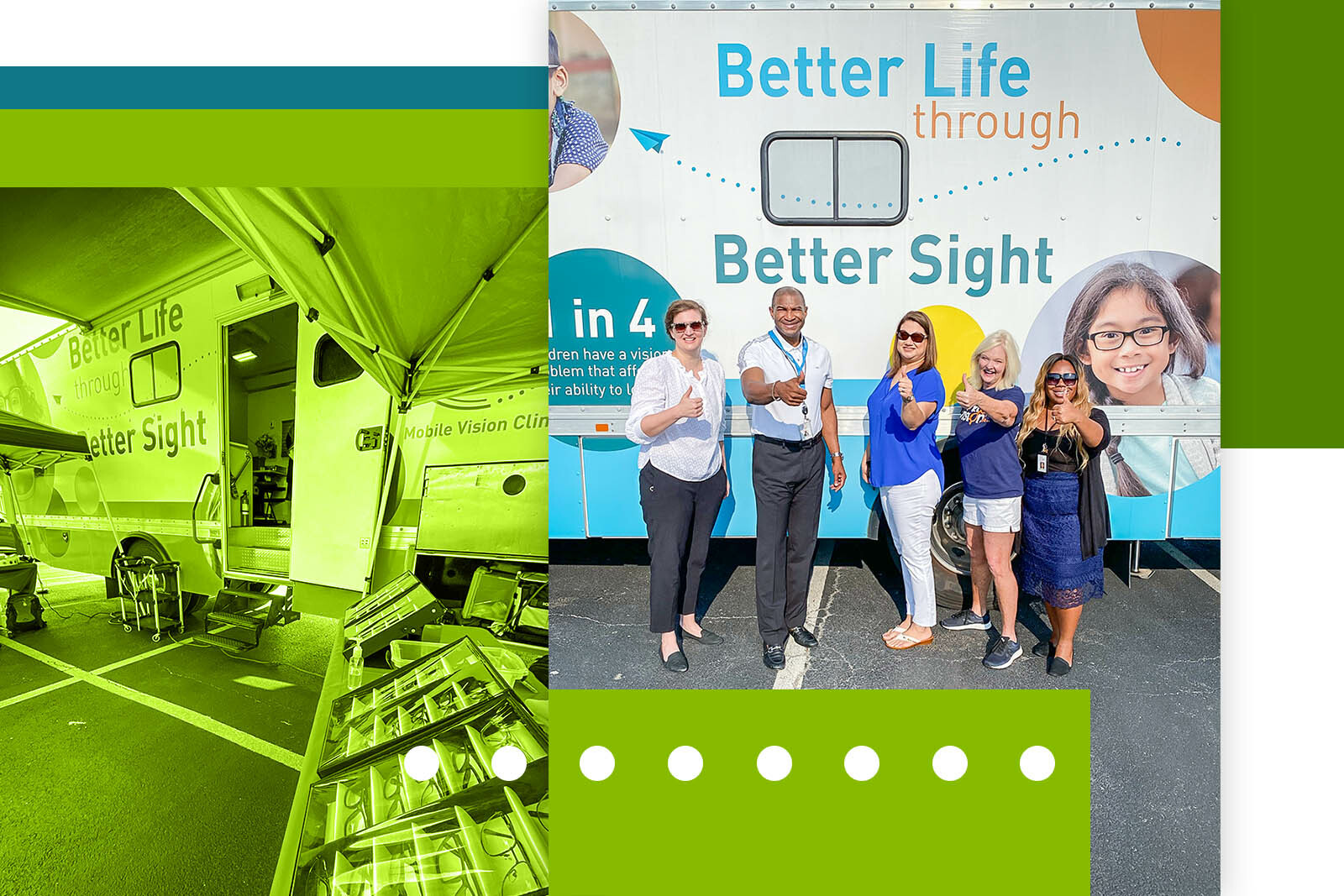 “The idea came to me while our team was touring the Fannie C. Harris Youth Center, Promise House’s new facility,” said Stansell. “I’m familiar with the work that our client, Essilor Vision Foundation, does in providing free eye care, so I asked the Promise House team what eye resources they have for their residents and learned they didn’t have a vision care program in place. It seemed like a perfect fit.”

One that proved to be lifechanging.

“Fifteen of the 20 youth we saw that day needed glasses full-time and weren’t wearing them,” said Miller. The youth ranged in age from 10 to 21. “Some of them had never had an eye exam. They didn’t realize what they couldn’t see.”

“The generosity of our associates was a beautiful thing to see,” said Osorio. “There were towels everywhere … in boxes and bags … our conference table was overflowing. Even though we’re going through a pandemic, this was a reminder that we’re really blessed. And it was a way for our team members to come together in support when we can’t all be together.” 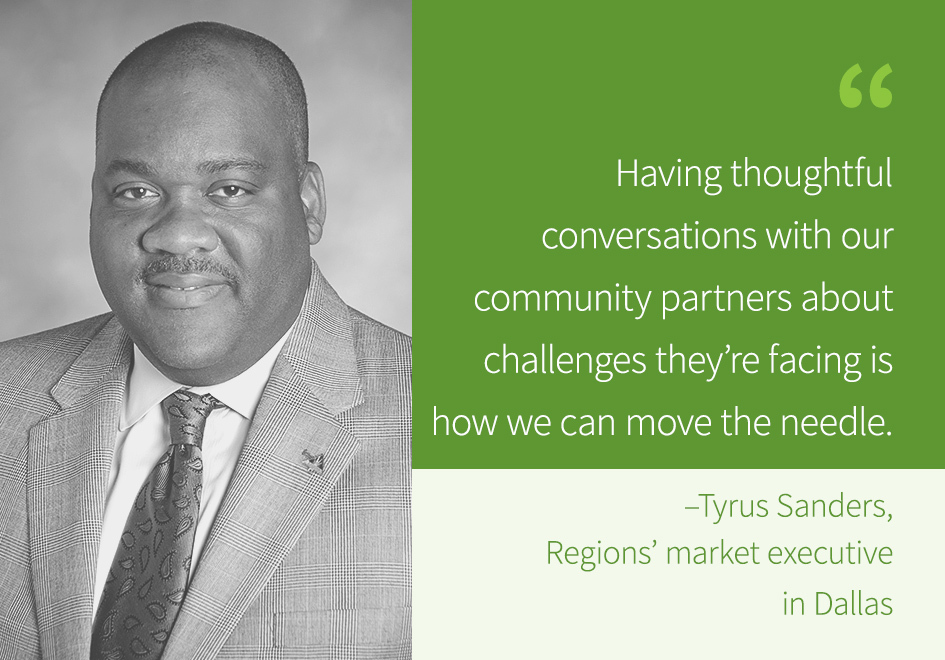 Engaging at a deeper level with Dallas-area nonprofits like Promise House is the goal of Tyrus Sanders, Regions’ market executive in Dallas.

“Having thoughtful conversations with our community partners about challenges they’re facing is how we can move the needle,” he said. “It also encourages our team members to keep those challenges top of mind as they’re out in the community.”

“In just one year, we’ve been able to help them in several ways,” Sanders said, “including Katie connecting the expertise of a bank client to serve an unmet community need. It’s a way we can empower our own teams to help us make a greater difference.”

Benefits for Promise House residents extend beyond corrected vision. The KVFL mobile clinic team illustrated how the eyes offer a window into other potential health concerns.


“Eye exams look for the early signs of diabetes,” explained Miller. “The eye is a muscle that will deteriorate like other muscles, so we shared information about its role to their overall health during the screenings.”

The day also served to empower youth in new ways.

“They got to pick out their frames,” said Miller, noting nearly all 15 were wearing their new glasses by that afternoon. “They were showing them to each other. The Promise House staff were cheering them on as they received their glasses. They were initially hesitant, but then there were a lot of smiles.”

The KVFL team even provided guidance for those who weren’t quite sure what style suited them best.

“One of the boys asked our optician, ‘How did you know me so well?’ after she helped him select his frames,” said Miller.

Miller observed the demeanor of another boy completely change.

“He was giddy,” she said. “He asked, ‘You mean this doesn’t cost me anything?’ and I said, ‘No, this is all about you.’ He kept telling us, ‘I’m so excited I got glasses! Thank you so much, this means the world to me.’”

Katie Stansell, the visionary behind the event, saw it too.

“That morning was fantastic,” recalled Stansell. “One girl mentioned how cool it was to see her glasses being made on the spot. I kept thinking, ‘If a child isn’t able to read due to a lack of vision, how are they expected to engage and succeed in the classroom?’ We can help change that for this group.”

Yes, Debbie Miller will tell you that every KVFL mobile screening is important. But that day at Promise House was different.

“They were all so grateful,” she said. “I was amazed by the kids we worked with.”

And Miller has seen how receiving a pair of glasses today can make a lasting impact.

“Every single person has potential,” she said. “But it’s up to us to provide the resources and tools to help people achieve their greatest potential. Providing access to vision is giving them a tool.”

A tool offering a clearer path – with fewer obstacles ahead. 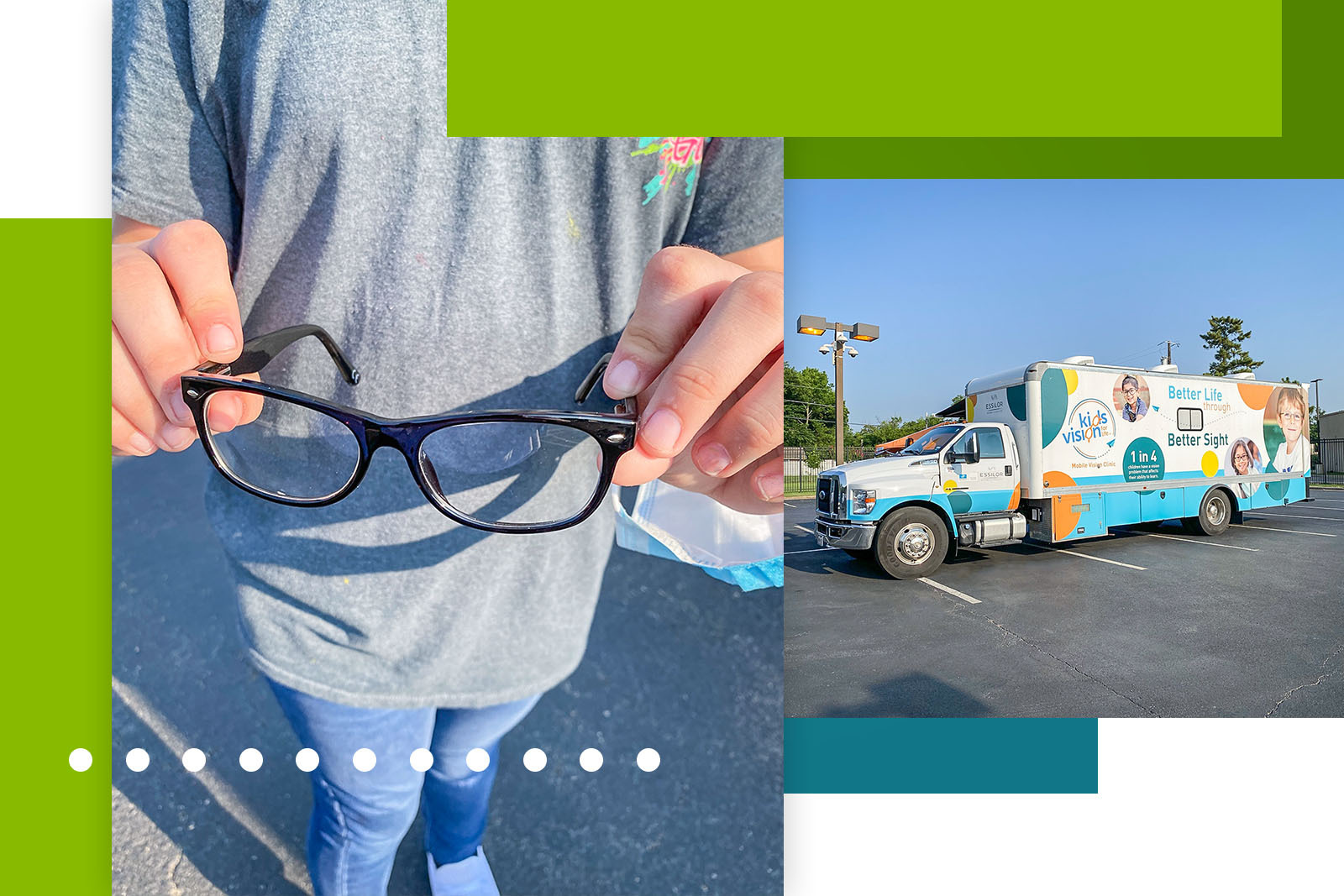 Investing in Indianapolis: Regions Bank Cuts the Ribbon on its Latest Modern Branch

Making a Real Difference for HBCUs