EDITOR’S NOTE: The Regions Tradition is an annual major stop on the PGA TOUR Champions schedule. This year, we’re looking at some of the small businesses that bring the event to life in our Powering the Tradition series.

When Robert Fuentes was first approached about supporting the Regions Tradition, he didn’t bat an eye.

He is a member of Greystone Golf & Country Club, so he knew the impact the PGA TOUR Champion’s major had on his community.

But as he and his team talked with Tyler Sherman of the Bruno Event Team, which manages the tournament, Fuentes realized something else.

“The Regions Tradition is a huge part of the local landscape,” said Fuentes, vice president of the Maridan Corporation, based in the Birmingham suburb of Pelham. “It’s a week-long event, as opposed to a three-hour football game, so it’s an opportunity for a company to get its brand out in front of a large crowd. And, for us it’s close to home.”

It’s a week-long event, as opposed to a three-hour football game, so it’s an opportunity for a company to get its brand out in front of a large crowd. And, for us it’s close to home.
Robert Fuentes, Vice President, Maridan Corporation

Agreeing to sponsor the tournament was a no brainer for Fuentes. The next step was just as obvious for all involved.

“We use to order hundreds of credentials out of California,” said George Shaw, a member of the Bruno team and the Regions Tradition tournament director. “We realized we had a company in town that could do it for us efficiently and at an attractive cost. In return, we could support a local business.”

The credentials – for tournament staff, media, guests, VIP – was just the start. In Maridan, the Tradition suddenly had a new partner that could supply anything it needed to market the tournament: wristbands, parking tags, goody bags for volunteers, lapel pins for volunteers. 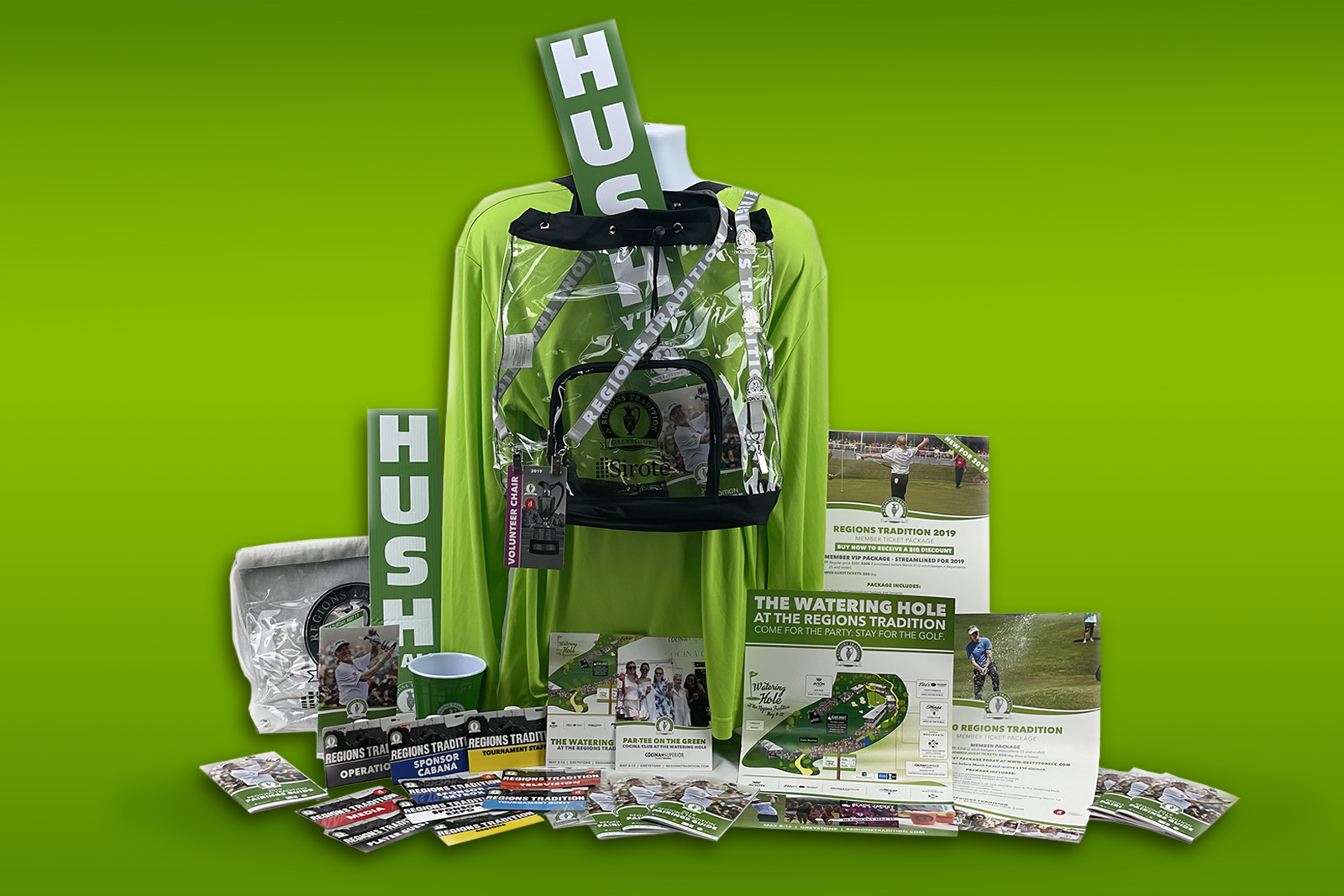 This year, Maridan is supplying 1-ounce bottles of hand sanitizer stamped with the logo of Blue Cross and Blue Shield of Alabama, one of the major sponsors of the tournament, for distribution to those who attend the Tradition.

“We’re basically a one-stop shop for many of the items they provide at the tournament,” Fuentes added.

Fuentes joined the Maridan team over three years ago, then picked up the Regions Tradition account in time for the 2019 tournament (the 2020 Tradition was cancelled due to the pandemic). He said his initial job out of college, working for an old Regions banking rival, proved invaluable.

“Those 10 years of banking at the beginning of my career, I wouldn’t trade for anything,” he said. “It exposed me to all kinds of businesses – how they operated, what they looked for – and gave me a wide range of experience.”

He also learned another lesson. Work with those you trust.

“Regions is our main bank,” he said. “We know we can count on them.”

Maridan does business across the Southeast, often supporting corporate and small-business marketing efforts with branding assets.

So, when there’s a major event just down the road, it made sense to support the Tradition any way Maridan could.

“It’s a win-win for everyone,” Fuentes said. “We provide preferential pricing for the Regions Tradition based on the amount of business we’re getting, and we are also a sponsor of the tournament. So, we give back, as well.”