When a young Dion Barrett imagined life after high school, attending college was not a forgone conclusion.

“I had a guidance counselor tell my mom that I was not college material and that I needed to find a trade,” Barrett said. “But I had other people who were advocates for me, who helped me achieve more than I could on my own.”

Thanks to those advocates, Barrett received a scholarship to Duke University, where he earned an undergraduate degree. He also earned a graduate degree from Wake Forest.

Barrett daily honors those who helped him achieve.

“I owe it to others to give a leg up because of what I’ve been given,” Barrett said. “It’s all about being an advocate for those who work hard, want to strive for more, but don’t know where to start.”

Barrett leads Regions Bank’s Natural Resources Credit Products Division in Charlotte, North Carolina. He ensures new members of his team have a clear vision of the important role they serve in the company’s success.

“I tell all my first-year associates, ‘I want to hear what you have to say. We don’t get to the right answer without hearing from everybody. We all have different life experiences. If we all acted alike, we’d all come to the same conclusion’” Barrett said. “Our clients look different. We can’t give them the right answer if we all think alike. Everything you do and say has value. I need your perspective to get to the very best answer we can.” 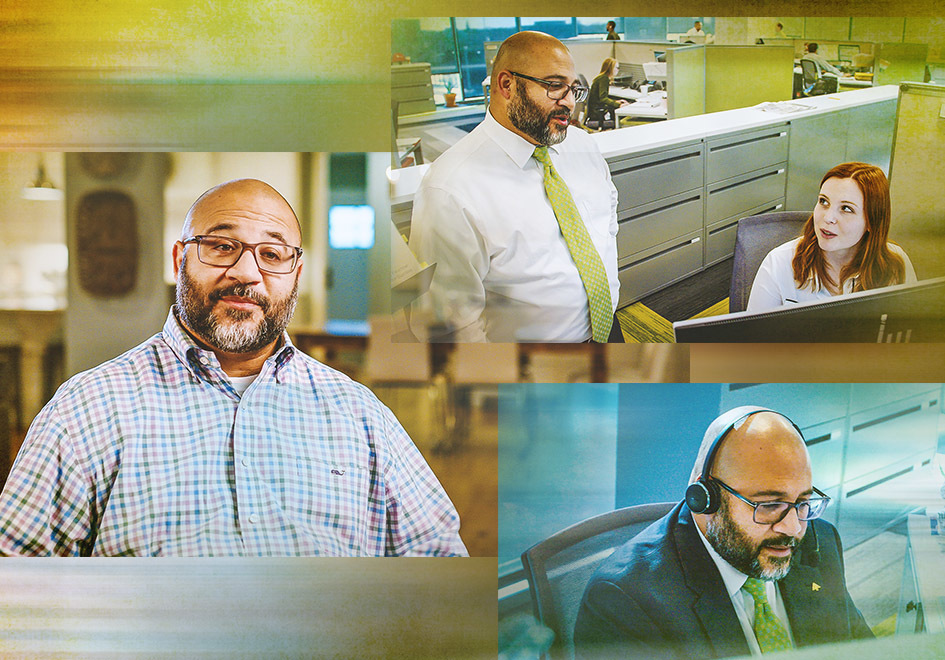 Barrett’s desire to help others reaches beyond his team at Regions – even beyond the borders of the U.S. For several years, his family has sponsored schoolchildren in Brazil, as well as in Cameroon in West Africa. On a quest to help one of those children attain a student visa to attend college in the U.S., Barrett discovered Grace Academy, a nonprofit, private college preparatory school in the Charlotte suburb of Matthews.

“Grace Academy wrote letters to the U.S. embassy, called congressmen, did anything they could to help with immigration,” Barrett said. “We got to know the staff and teachers and felt like it would be a good place for our own children.”

Barrett enrolled his three youngest children at Grace Academy in the fall of 2018 and is now a great supporter of the school’s small class sizes, teacher involvement and commitment to educating underserved children.

Applauding his values of education and opportunity, Regions Bank honored Barrett with its Better Life Award on Wednesday. The Better Life Award is the top honor given to a Regions associate for outstanding dedication and job performance, as well as exemplary involvement and commitment to the community.

I had other people who were advocates for me, who helped me achieve more than I could on my own.
Dion Barrett, Regions Bank

In addition to the Better Life Award, Regions donates $1,000 in the name of the recipient to a nonprofit organization of the winner’s choice. Barrett chose Grace Academy.

“They are looking to grow infrastructure and provide more supplies for teachers. They also provide financial aid to help students who may not be able to afford it,” he said. “We can’t take it for granted – for some, taking care of a necessary expense could be the difference between learning and eating.

“Grace Academy is genuinely invested in every student there,” Barrett concluded. “Funds are limited. Anything we can do to help the school; we try to do it.”

To see Barrett’s dedication in action, watch this video from the Regions Financial YouTube Channel: