“It says we are moving forward.”

With those six words, Brittany Flores summarized the message Regions sent when the company’s President and CEO, John Turner, signed the Valuable 500 Pledge.

“It says, ‘We want you to work for our company,’” Flores shared. “And we’re going to do what we can to help you make that happen. It shows associates like myself that we care.”

Flores is a Human Resources Call Center specialist for Regions Bank. She is a daughter, a wife and a mother. She’s an experienced banker. And she has achondroplasia, the most common type of dwarfism.

Also – she can do anything.

“With my physical disability, I can do whatever anybody else can do,” Flores said. “I may have to have something to help me get there. But I can do what needs to be done just as well as anyone else, and so can others who have so many other types of disabilities. People with disabilities are an asset to Regions.” 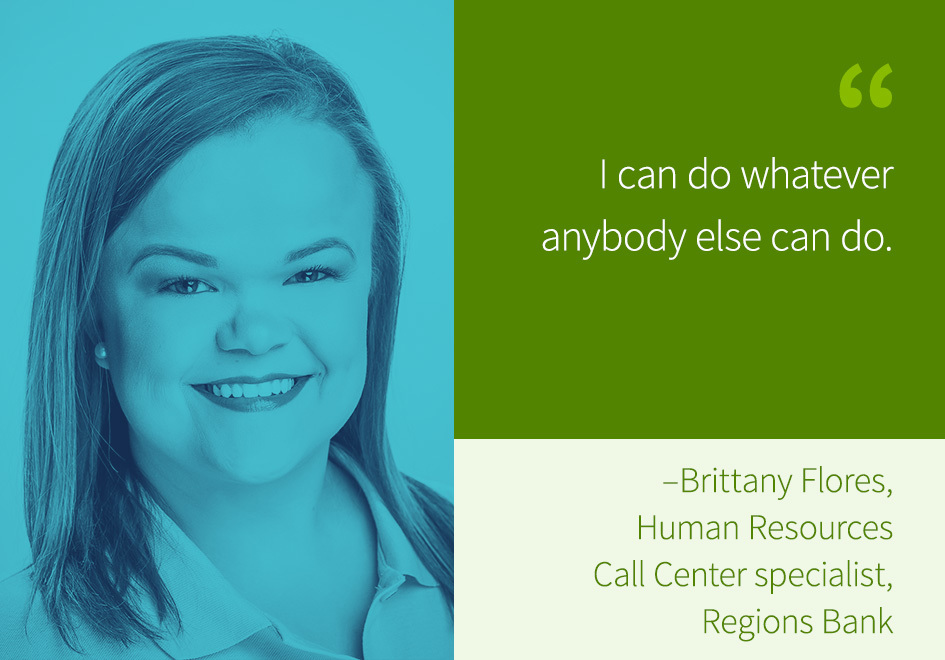 Regions signed the pledge in October 2020 – the 75th annual observance of National Disability Employment Awareness Month. 2020 also marks the 30th anniversary of the Americans with Disabilities Act, and Regions has taken new steps during the year to embrace and advance disability inclusion.

“People with disabilities want the same opportunities and ability to apply and secure employment as everyone,” said Kathy Lovell, disability services and outreach manager for Regions. “I think we have made a lot of progress as a society in 75 years. But I believe there is also much more work to be done.”

For the bank, that work includes collaborating with nonprofits in several states to understand local needs and identify ways the bank can make a difference. That may mean improving accessibility at certain branches. It may mean charitable giving to help nonprofits serve more people.

And, throughout the bank, it means not just being ADA compliant – but also ADA friendly.

“It’s part of our DNA,” Lovell said. “By creating that culture and a welcoming environment, we accomplish that goal of being welcoming and inclusive.” 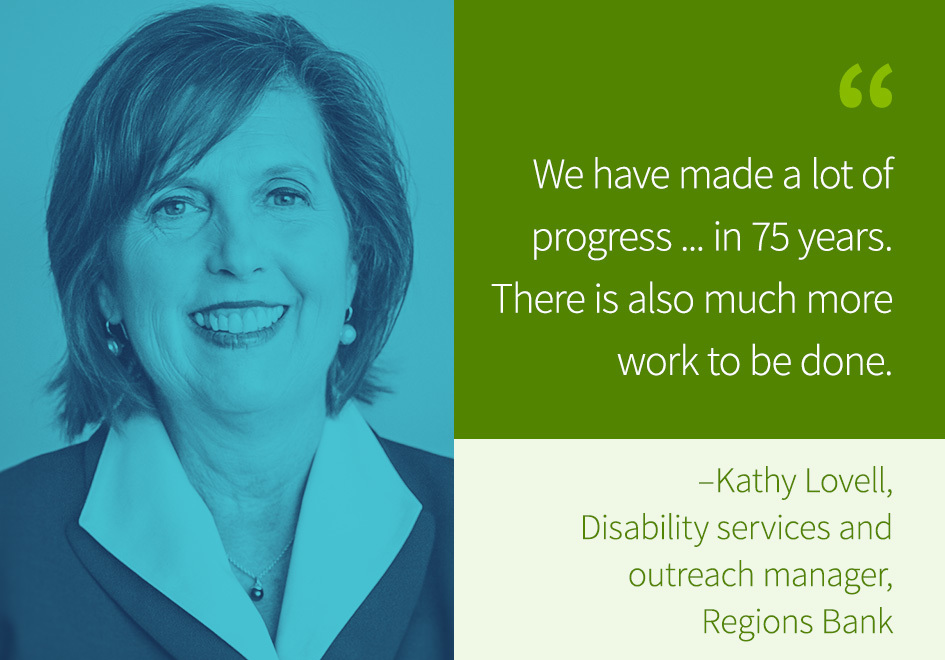 One common myth? That disability accommodations can be cost-prohibitive. Not so, said Jeff Hodges, the talent program manager for Regions’ Diversity and Inclusion team.

“There’s really good research that tells us that most disabilities require no actual expenditures for accommodations, and the ones that do average only about 500 dollars,” Hodges said. “So that is truly a myth that accommodations are costly.”

Instead, the investments made in recruiting and welcoming colleagues who have disabilities helps make employers stronger.

“There are numerous benefits to hiring people with diverse abilities, and one is the adaptability quotient,” Hodges said, pointing to how people worldwide have had to adapt to disruptions in the workplace environment during the COVID-19 pandemic. “People with disabilities, in many cases, are excellent at adapting to dysfunction in the world and have become experts at finding new ways of doing things, which has often led to universal designs that we all benefit from.”

Such as curb cuts on sidewalks, as well as standing desks – which are popular among many people without a disability. 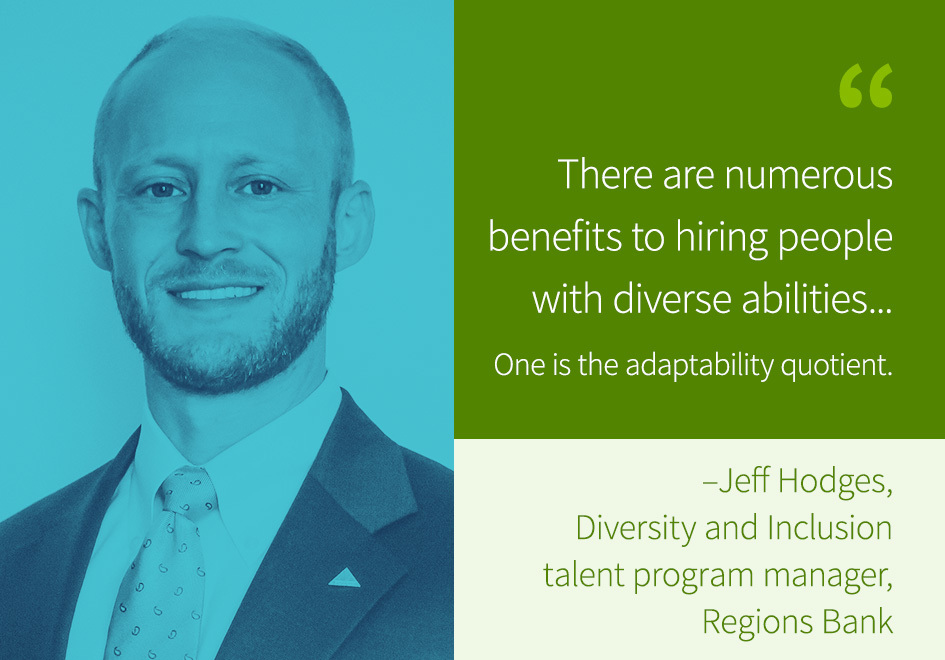 Flores hopes that, as more companies embrace the benefits of disability inclusion, more people with disabilities will feel comfortable seeking employment or inquiring about accommodations.

“That’s what makes a team,” she said. “We want people to feel comfortable enough to say, ‘Hey, I’m ready to get in this workforce and succeed.’”

Flores concluded by making it clear, “We want people for their talents.”

Six more words reflecting what Regions is saying, now as a member of the Valuable 500.